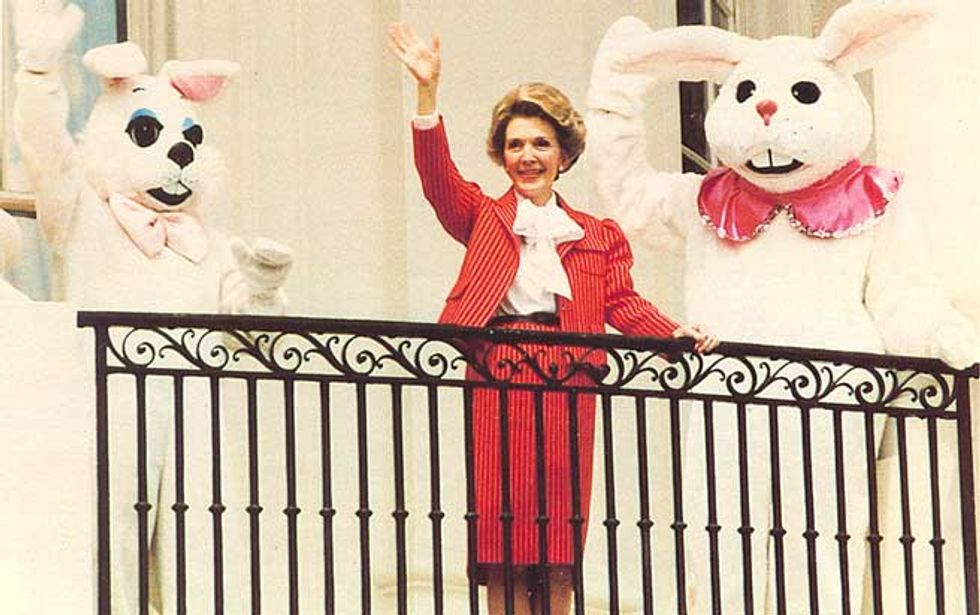 We don't even WANT context for this. Don't cry for Easter, Argentina.

And in an era when movie scripts usually reduced women's parts -- err roles -- to simply "the girl," one could make an argument that if Nancy Davis slept her way to power in that environment, then by god, she was simply playing the game as 'twas played in the day, and damned if we're going to be slut-shaming in this remembrance of the former Ms. Davis, who also, according to Kelley, boned the living daylights out of Frank Sinatra. But definitely not Mr. T; she only sat on his lap. It was a weird time, the 1980s.

Mrs Gobblecocks, suck down my balls!

MrsBiggTime, if you're still here under another username, please take a bow. But not one of those horrible bows that Nancy always wore.

As a First Lady, Nancy did some of the best acting in her career, always getting photographed as the Loyal Wife gazing adoringly at Ronnie, and when the cameras weren't around, cheerfully consulting an astrologer to help determine the schedule for virtually everything the President of the United States did, and why would anyone have a problem with that? Let's remember, with Rachel Maddow: