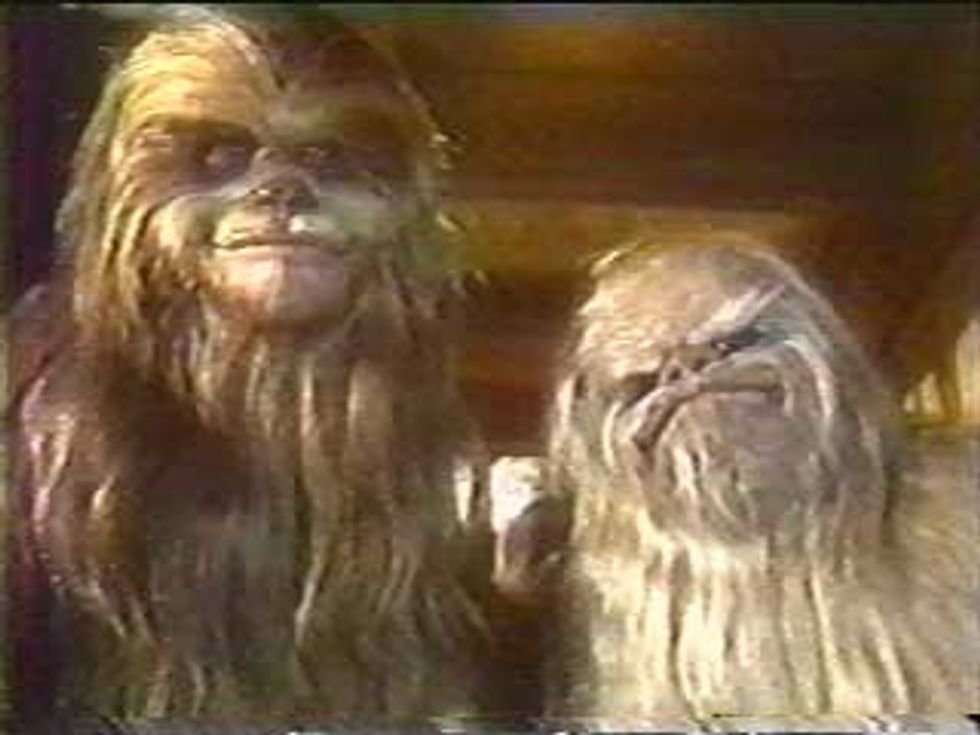 Thank the Neutered Dwarf-Gods of Journalism for theColumbia Journalism Review, which has bravely come to the defense of "responsible science reporters," who have all become scientifically butthurt because NASA put out another bullshit press release promising "an astrobiology finding that will impact the search for evidence of extraterrestrial life." But what if the NASA announcement isn't really about an impending invasion of Horrific Galactic Hell-Beasts who will destroy our world after slowly eating/digesting its 6+ billion miserable human occupants? What if a blog was irresponsible about this?

Indeed, the embargoed Science paper, which I have also seen, is quite terrestrial in nature and will come as a disappointment to those breathlessly waiting for news that E.T. has phoned home. It’s an interesting piece of research, but certainly not one that is bound to make the front page, or perhaps any page. One science reporter I talked to (who’s also seen the paper, but didn’t want to comment on the record) felt that it was “actually quite dull.”

Regardless, the runaway speculation in the blogosphere imperils the work of trusted science reporters who respect the embargo system and may have wanted to cover the paper. Most professional science journalists have access to Science’s embargoed papers through the EurekAlert! service run by AAAS (which publishes Science) and would have been able to easily figure out that the research behind NASA’s cryptic press release did not support the hype about aliens.

“This shows how important an experienced, trained and authoritative science journalism staff of reporters and editors is,” AP science reporter Seth Borenstein wrote in an e-mail, responding to questions about the blog frenzy. “While the blogosphere has the luxury of speculating, The Associated Press seeks to be the definitive source through careful reporting and knowledge of the subject area.

Oh for fuck's sake, get over yourselves.

But gosh, it's a good thing the AP and other soon-to-be-bankrupt Official News Organizations never speculate or just publish Actual Lies handed to them by their taskmasters. Just imagine what America would be like today if the Responsible Adult Journalism Press printed a bunch of dangerous bullshit all the time. Oh wait .... [CJR]