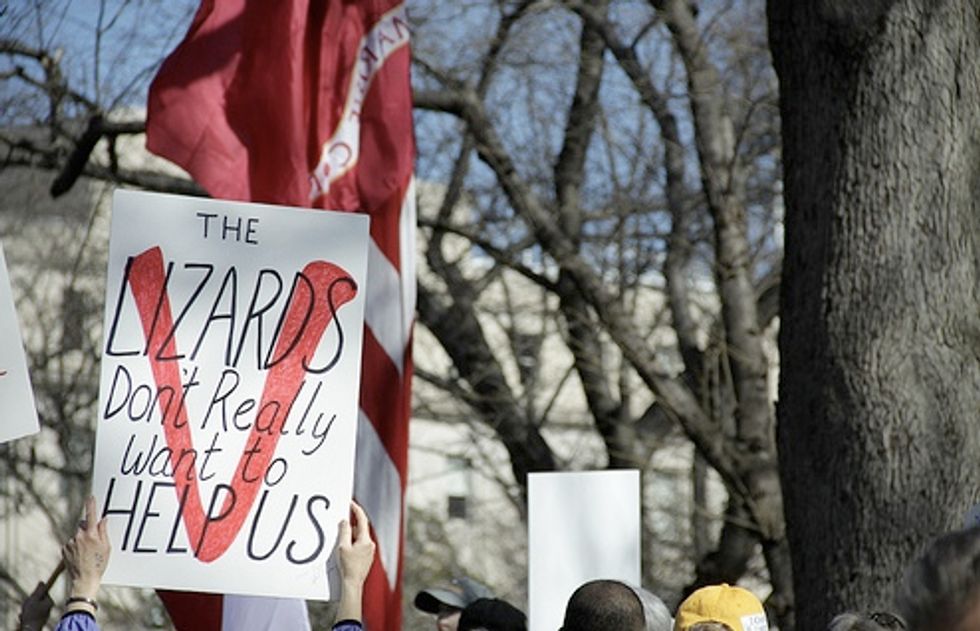 Just as Stephen Hawking's dire warning about the Space Aliens made the news three weeks ago, engineers at NASA's Jet Propulsion Laboratory discovered a puzzling development in the datastream sent by Voyager 2, the space probe launched in 1977 that is currently 8.5 billion miles from Earth and 5 billion miles beyond the orbit of Pluto, our most distant (former) planet. On April 22, the radio signal from V2 went haywire. It no longer makes any sense at all, following 33 straight years of good data. One "German academic" says this is because Space Monsters have hijacked the probe, decoded the Earth Greetings contained upon the "Golden Record" attached to the Voyager probes, and are now trying to answer us. Didn't Stephen Hawking warn us about exactly this situation?

NASA claimed that a software problem with the flight data system was the cause but Mr Hausdorf believes it could be the work of aliens. This is because all other parts of the spacecraft appear to be functioning fine.

He told the German newspaper Bild: "It seems almost as if someone has reprogrammed or hijacked the probe – thus perhaps we do not yet know the whole truth.”

Voyager 2 carries a disk with greetings in 55 languages on it in case the craft encounters other life forms.

But then we clicked through to the BILD story and of course the source is a "UFO expert."

Everybody relax! Or not, because then we checked JPL's Voyager weekly mission-update page and found that it hasn't been updated for several weeks, not since April. Everybody panic!

Stephen Hawking's warning, by the way, is that we are foolish to advertise our presence to whatever Highly Advanced Race might be bumming around this end of the Milky Way, because they are going to invade and kill us all just like the Marines did to those blue-skinned gay cartoon deer in that 3D movie everybody already forgot about. And then the monsters will take their plunder (either the new iPhone or a take-out order of Duff's famous gristle 'n tendon grease bones) and go back to their Home Planet.

While you're waiting to be raped/eaten by the Galactic Beasts, here's one of the actual recordings we attached to those Voyager probes. It's by Stravinsky, because he certainly never incited violence with his musical insanity, right? Oh well maybe they sent something benign ... ha, no, they sent "Sacrificial Dance" from The Rite of Spring. All the time, it was .... We finally, really did it. Maniacs! Ah, damn you! God damn you all to hell!