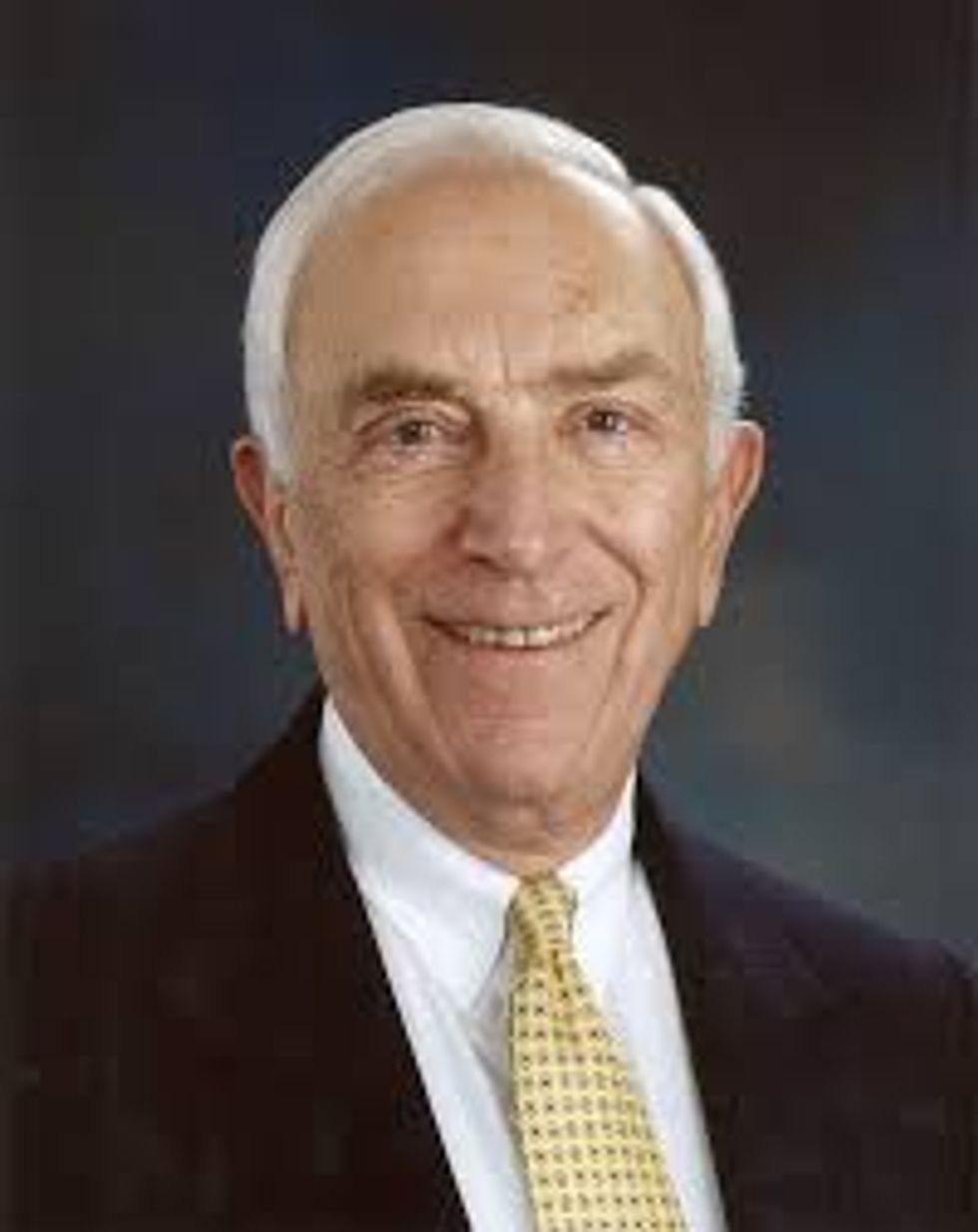 You know who died? Besides Edith Bunker? New Jersey Democratic senator, actual son of a millworker andup from his bootstraps millionaire, almost-nonegenarian, and yeller at that whippersnapper Cory Booker Frank Lautenberg died, that is who. At 89, he was the oldest member of the Senate, and the last World War II veteran in the Senate. (The House still has 2 WWII vets.)

But before he could even be remembered for calling Dick Cheney a chickenhawk (yay), working to improve environmental protections (yay), and raising the drinking age to 21 (boo), the usual media and political suspects went ALL CAPS ARGLE BARGLE #HASHTAGFREAKOUT over what would happen to replace him. The man literally died on Monday morning, and by noon there were 8,463 articles about replacing him. Why so much confusion? Forget it Jake. It's New Jersey Town.

New Jersey election law is as fucked up as the cast of Jersey Shore on a random Tuesday morning. The utterly incompetent people elected to the NJ statehouse decided in 2011 to rewrite the law regarding replacing a member of Congress who died. They did this in part because Sen. Lautenberg was old, and they wanted to make sure there was no confusion if anything unfortunate happened. Because of the aforementioned gross incompetence, they wrote two conflicting processes INTO THE SAME LAW. Clearly, there is no Grand Editrix in the NJ statehouse to catch such egregious errors, because SERIOUSLY, WHAT THE FUCK people?

Follow that? Because we live in Merica (#1!), both political parties are yelling about what Gov. Christie should do -- should he try to appoint a Republican and keep him/her there until 2014? Democrats are threatening a lawsuit if that happens, because they want a special election this year. And because things aren’t complicated enough, Gov. Christie is up for re-election this November. Take it away, TPM:

With Lautenberg’s passing, it falls to Christie to appoint a temporary replacement and to decide when to schedule the election to replace Lautenberg, both while he faces his own re-election in November and tries to build his brand on the national stage…

However, a New Jersey Democratic operative who spoke with TPM said the addition of a Senate race to the calendar [this year] is problematic for Christie for several reasons. The operative suggested adding the Senate to the mix could force Christie to face off against a ticket that includes Booker, who has a far higher profile than Buono, causing increased voter turnout that could cut into Christie’s lead.

So there you have it. Gov. Christie will nominate someone to serve in the Senate, and schedule a special election that may be this year, might be next year, and there may be a lawsuit so the courts can clean up the mess that NJ lawmakers graciously created in an effort to simplify the process. And there are lots of political considerations that Gov. Christie has to weigh contemplate.

But what fun is a funeral without a good fistfight breaking out over the inheritance? Hooray democracy, or something.