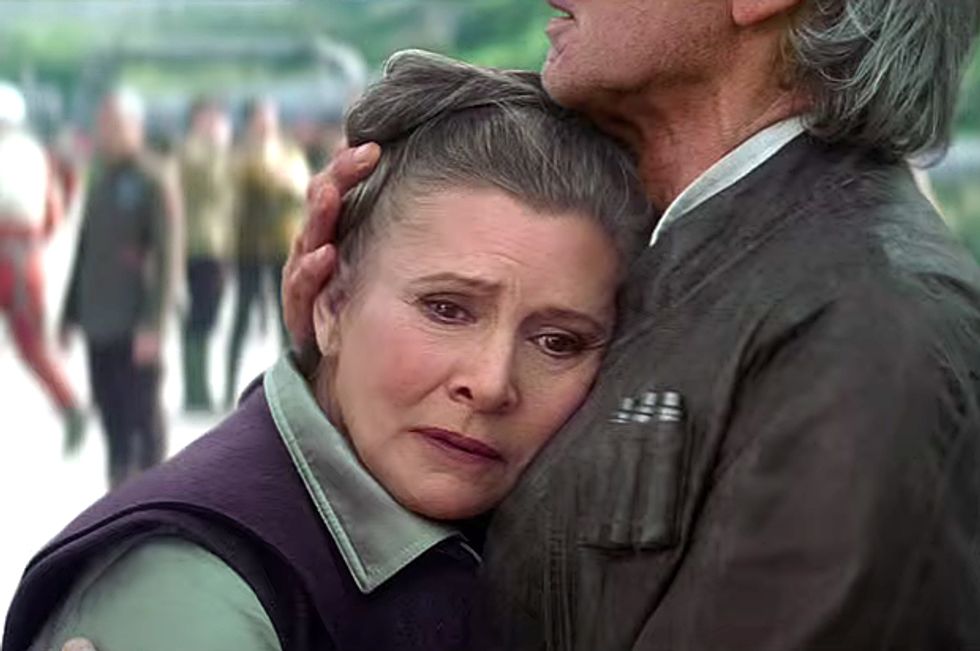 'And this idiot just won't SHUT UP!'

Shut the fuck up, National Review.

"Blah blah blah poor Steve Martin got Holocausted when he tried to pay the late Carrie Fisher a compliment," says some idiot over at National Review. And we're there with him! If Carrie Fisher had taken offense to Steve Martin calling her beautiful, she doubtless would have made a sly funny joke about it instead of acting (YES WE WILL SAY IT) like the National Review's fucking caricature of feminists, which a bunch of fucking feminists did.

But can idiot up there just stick to things that are true, or does he need to create a completely fake argument to hit completely fake feminists with? We will let you guess, which is why this is an open thread.

HAHA no we won't, here is what idiot said:

Through that character, Lucas transformed the princess from helpless damsel in distress to powerful heroine. He was not the first to do this. J. R. R. Tolkien’s Arwen is a similar figure. The question is, why is this so seldom acknowledged?

Princess Leia should be a feminist icon. Instead, the scolds fail to see the full character because they’re so fixated on that stupid bikini.

Yes, National Review guy, WHYYYYYY won't feminists admit Princess Leia is a feminist icon, which is actually exactly the reason they have been freaking out on Steve Martin and anyone else: for not taking the feminist icon seriously enough seeing as how she is a FEMINIST ICON.

Shut up you fucking dork.