National Review's Andrew McCarthy Has a Sweet Jihad For You 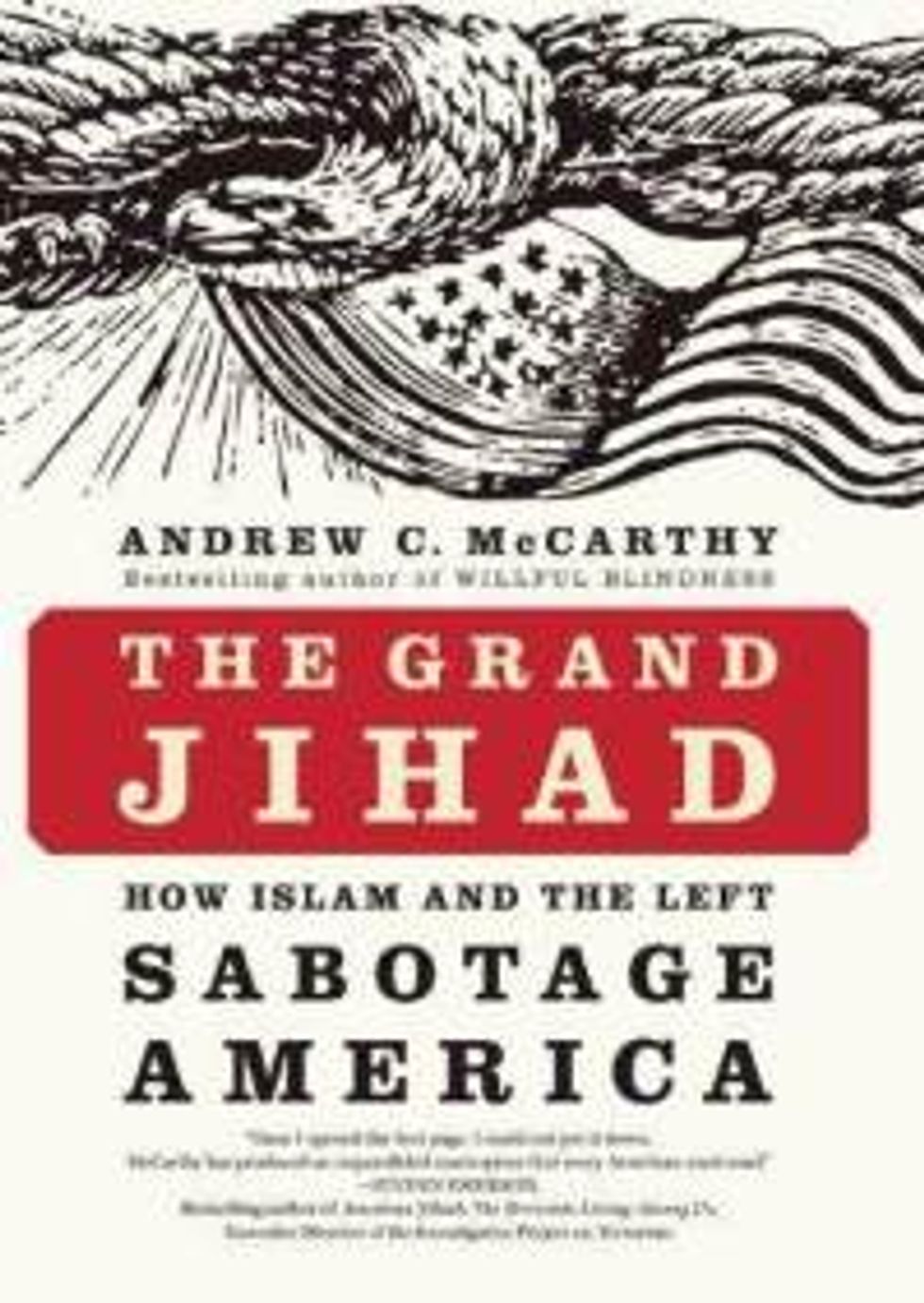 When William F. Buckley founded National Review in 1955, did he know it would one day morph into a low-lit bathroom where plump "conservative" writers emote like teenagers filming "THIS IS HOW I FEEL, WORLD" YouTube diaries? Originally envisioned as a place where you could read defenses of Joseph McCarthy and Francisco Franco while sipping a sparkling Negroni, National Review today is mostly shallow wingnuts weeping into their Haagen-Dazs about mean liberals, evil Muslims, and "the ruling class" (what would WFB think?!). Standards have slipped so much that it now employs Andrew McCarthy, possibly of Weekend at Bernie's fame, as their Muslim Terrorism expert. Andrew has just published a hefty tome titled The Grand Jihad: How Islam and the Left Sabotage America. What's next, Corner kids? Gay Islam: Why It Will Eat You by Emilio Estevez?

McCarthy has covered jihadist territory before. He seems to be NR's Super Expert on Islamist terrorism, though it's not clear if he speaks any Arabic or knows anything about Islam. In 2007 he published a book called Willful Blindness: A Memoir of the Jihad, which makes him sound like some kind of reverse Lawrence of Arabia, bravely fighting against the Arabs in an endless 70mm expanse of sand and sky (which is probably exactly what that book is about; we've never read it). Lately he's been spending his time hyperventilating about the Ground Zero Death Mosque/Discotheque, and about David Cameron using plain English to describe Gaza.

We can’t confirm what The Grand Jihad is about, because it seems to be about everything feared and hated by the "blow up all Muslims now plz"/ Tea Bag-populist psyche. There is no coherent structure or argument; it's essentially a long hard cry into McCarthy's bucket of ice cream/Tiger Balm mix. But we CAN confirm that the cover looks like a patriotic Wonkette-crafted Blingee.

A few things covered and vigorously condemned in this book: Barack Obama, Barack Obama's bow to the king of Saudi Arabia (because the proper way to host Saudis is to hold their hands while showing them around your ranch), Barack Obama's colonial subject bow to Queen Elizabeth II, Barack Obama's father (who instilled Communism in his estranged son), something called "the Left," Muslims, Saul Alinksy and his legions of followers, Karl Marx and his daily walks to the British Museum, and eighteenth-century French philosophers.

Yes, poor old Jean-Jacques Rousseau -- brilliant writer, flawed-but-interesting thinker, actual dead French-Swiss person -- is singled out for particular demonization in this book, because he has good words for Islam in one of his Froggy thought-experiments. Your reviewer wouldn't be surprised if Andy only knew this Frenchman second- or third-hand. Either that or he reads him in the most literal-minded, context-free, unimaginative way possible.

Speaking of ignoring context, let's just pick out the most entertaining fragments from this doorstop abomination:

Promise? The word is more fog from the vaporous arsenal to which Alinskyites resort when they know that clarity would betray their radicalism and antagonize the public.

HAHA, can you imagine a "vaporous arsenal" with actual fog-weapons? You try to hold the gun, but it's pure mist and easily dissipates! Total buzzkill! Also:

What was this promise that Obama incessantly evokes when speaking and writing about his father? It was communism.

The bibliography (or "Notes," as he calls it) is literally nothing but links to op-ed columns that Andy reads on the Internet (and, saddest of all, probably re-reads), books written by his fellow conservative columnists, and wonky nightmare papers put out by various conservative think tanks.

This book is full so full of horror, failure, and tears-of-an-eagle kitsch that we should build a mosque over it.

The Grand Jihad: How Islam and the Left Sabotage America by Andrew McCarthy, Encounter Books, 464 pages, $18.45

Your Wonkette book reviewer tried to write a more nuanced piece, but some books insist on being crimes against nature. SEND IDEAS FOR REVIEWS to greer.mansfield@gmail.com