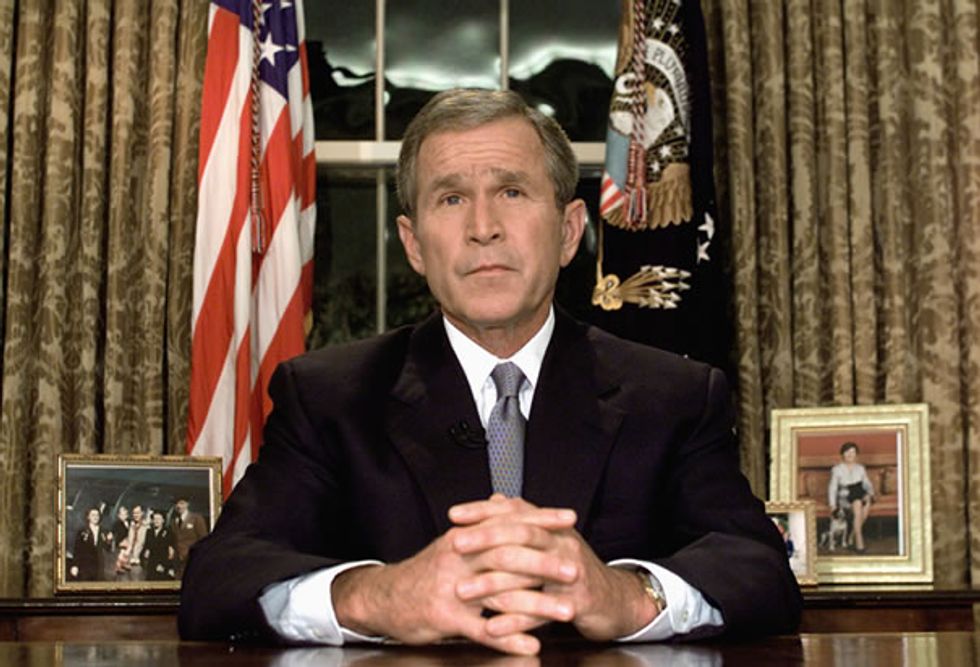 George W. Bush came out of his spiderhole and saw his shadow, which means four more years of Great Depression. But did we learn anything from hisrare interview with the Dallas Morning News? Sure! We learned lots of stuff about things!

And there you have it. Nobody could have foreseen that they would use airplanes as weapons, or that a hurricane that was on track to hit New Orleans might in fact hit New Orleans.

Also, frankly, we are okay with Jorge Boosh staving off the Devil's Workshop of Idle Hands by riding his bike a bunch. He is fairly unlikely to get us into any bullshit wars or break the country that way.

In other George W. Bush news, he became a grandfather thanks to his "twin daughter" (lolwhut FoxNation? No wonder you are always so worried about gay marriage leading to polygamy; you think everybody is their own grandpa!) Jenna Bush Hager, so that is nice. Babies is nice you guys. Let's leave it at that.