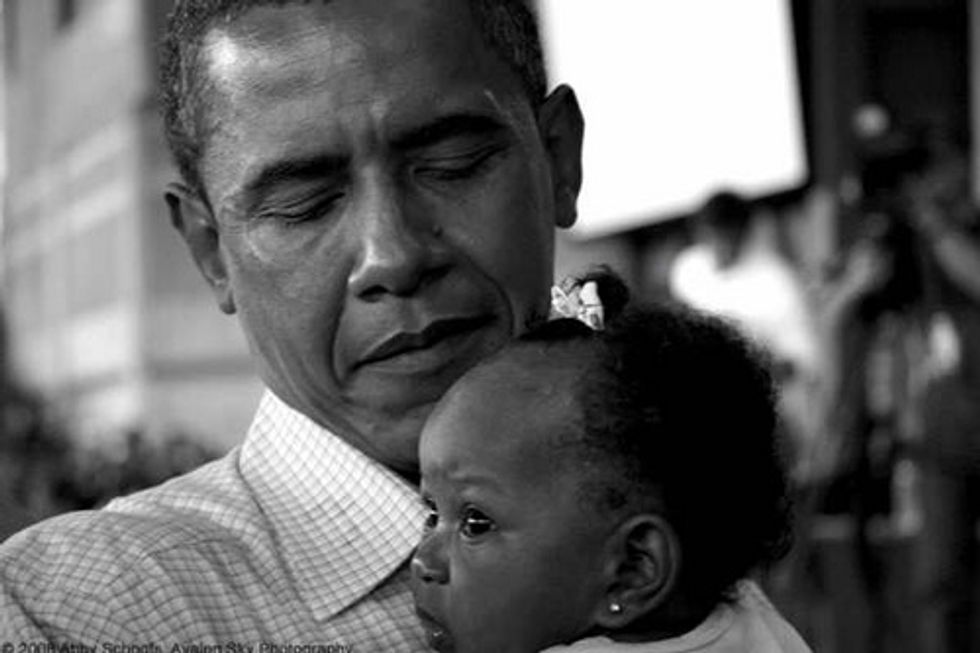 Here is a heartwarming story: a little boy- or girl-child writes to Barack Obama to say, "Hey man whatsup I want U 2 B purznit" (that is how children write today, in America). And Barack Obama, a man with infinite time and letter-writing resources, pens a unique personal response to each and every one of these precious children and signs it with a nice blue pen! Barack Obama is a magical patron of youngsters -- like Santa, only real! Except that he is a fraud.

Here's what he wrote to 8-year-old Terrence Law of Willingboro, Pennsylvania:

“I leave you with three bits of advice that will make your life more full. Look out for other people, even when it doesn’t directly benefit you; strive to make a difference everywhere you go; and get back up every time you are knocked down.”

Hmm, sound advice! So what did he tell 9-year-old Karina Encarnacion of St. Louis?

Karina said, "He told me I should try to make a difference everywhere I go and to get up every time I'm knocked down and to look out for other people even if it doesn't benefit me."

In her letter to Obama, Hannah [...] introduced herself and wrote, "If that name is familiar to you, it is because our name is in the phone book. My favorite color is blue. I am 7 years old. If you are elected, please take care of poor people."

In his response, Obama thanked Hannah and two other classmates for their support, praised her interest in politics and gave the second-grader three pieces of advice: "look out for people, even when it does not directly benefit you; strive to make a difference everywhere you go; and get back up every time you are knocked down."

[...] While Michael Gopin was concerned about the possibility of higher taxes, the letter to his daughter swayed his vote away from Sen. John McCain.

"When Hannah got her little letter, she twisted my heart to go the other way," Michael Gopin said, adding "maybe (it was) that he was a more caring and compassionate person by taking the time to sign a letter to a young child."

Ha ha sorry Michael Gopin, you have cast your vote for a CHARLATAN. Here is Obama's awful secret: Every senator has a nifty little machine with a blue pen in it that signs form letters in the senator's handwriting.

Naturally, it is still a very nice thing when a little kid gets a letter from the President-elect featuring sound advice for livin'. Just, he probably stole that advice from Deval Patrick.

Infinite thanks to Wonkette Washington Insider Paul "Michael" Vartan for unearthing this shocking tale of deception.