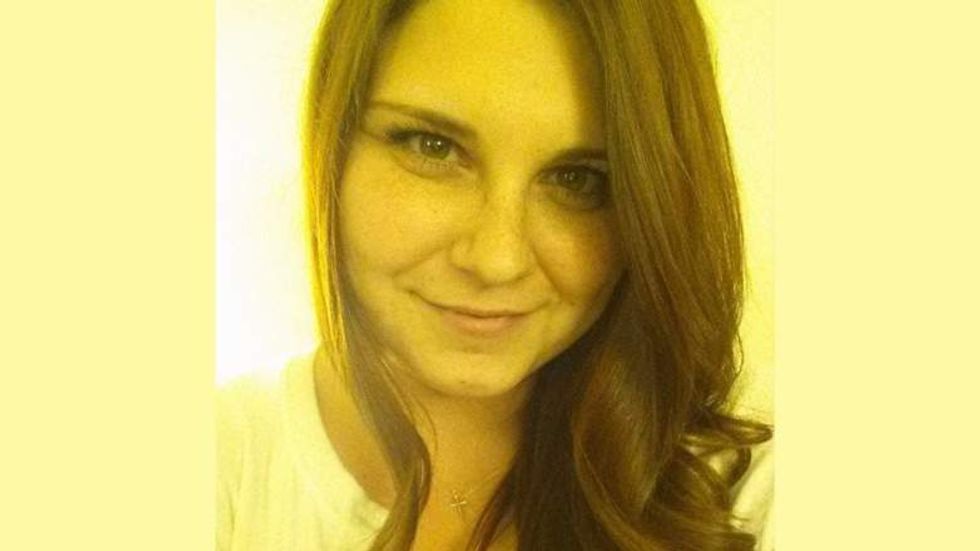 Yesterday, GoDaddy.com announced that it would no longer host the neo-Nazi hate site The Daily Stormer on its servers, and that they had 24 hours to move to another. The site then tried to find a home on Google, and was swiftly rebuked.

And now, the Nazis of Stormfront want their revenge. In a post in The Daily Stormer's secret chatroom yesterday (which has since been shut down), the systems administrator for the site -- Andrew Alan Escher Auernheimer, the neo-Nazi black hat hacker known as "weev" -- announced a plan to find out where Heather Heyer's funeral would be held, and to "get people on the ground" there.

Ah yes, the tactic that endeared all of America to the Westboro Baptist Church and their views. But with guns.

Why are they doing this? Because they are mad that GoDaddy took their server away, just because The Daily Stormer posted an incredibly disgusting article saying horrid and disgusting things about Heyer, which GoDaddy said violated its terms of service. Why other postings did not violate their terms of service -- such as the time Daily Stormer proprietor Andrew Anglin posted an article suggesting that men stealthily remove condoms during sex in order to get women pregnant against their will, for the purposes of making more white babies -- we may never know.

Auernheimer was once a respected-ish hacker who was sent to jail for exploiting an AT&T iPad security flaw, and came out of jail with a giant swastika tattooed on his chest, announcing that (despite being of Jewish descent, supposedly), he was now a neo-nazi.

The few laws we have limiting protests at funerals -- which came about as a result of the activities of Westboro Baptist Church -- apply only to military funerals. The Respect for America's Fallen Heroes Act prohibits protesting within 300 feet of a cemetery under the control of the National Cemetery Administration for an hour before until an hour after the ceremony. It does not apply to civilian funerals.

However, should they officially plan to show up armed, this takes this from an issue of free speech to an issue of it being an imminent and legitimate terror threat -- and one that the police should take seriously.

Oddly enough, this plan was outed by none other than Canadian far-right "activist" Laura Loomer, whom you may recall from the time she got up and yelled at a production of Julius Caesar for being mad at Donald Trump. Loomer, being Jewish herself, has had some clashes with members of Team MAGA who tend to have rather anti-Semitic views.

Now, this is some inside baseball shit, but the alt-righters and the alt-liters and the whole MAGA gang have been turning on each other like WOAH post-Charlottesville. Some of them, like Hunter Wallace of Occidental Dissent, and KKK leader David Duke have even been turning on Trump, seeing him as not being supportive enough of their movement. Others -- particularly those who are trying now to get themselves taken seriously, like Loomer and Mike Cernovich -- are now trying to distance themselves from the movement following Heyer's death and the real world consequences of the worldview they feel so safe spouting online.

Those over in 4chan's /pol/ are unhappy with the actions Anglin and weev have taken with regards to Heyer's death, but only because they are mad that it is going to make her into a martyr and make people like the Left better than them. Not because it is an abhorrent thing to do.

Let us all just hope that either they never get it together to actually go, or that there is a police or citizen presence there to block them so that Heyer's family dos not have to see that shit during their daughter's funeral.