NC Senate To Victims Of Forced Sterilization: Too Bad, So Sad 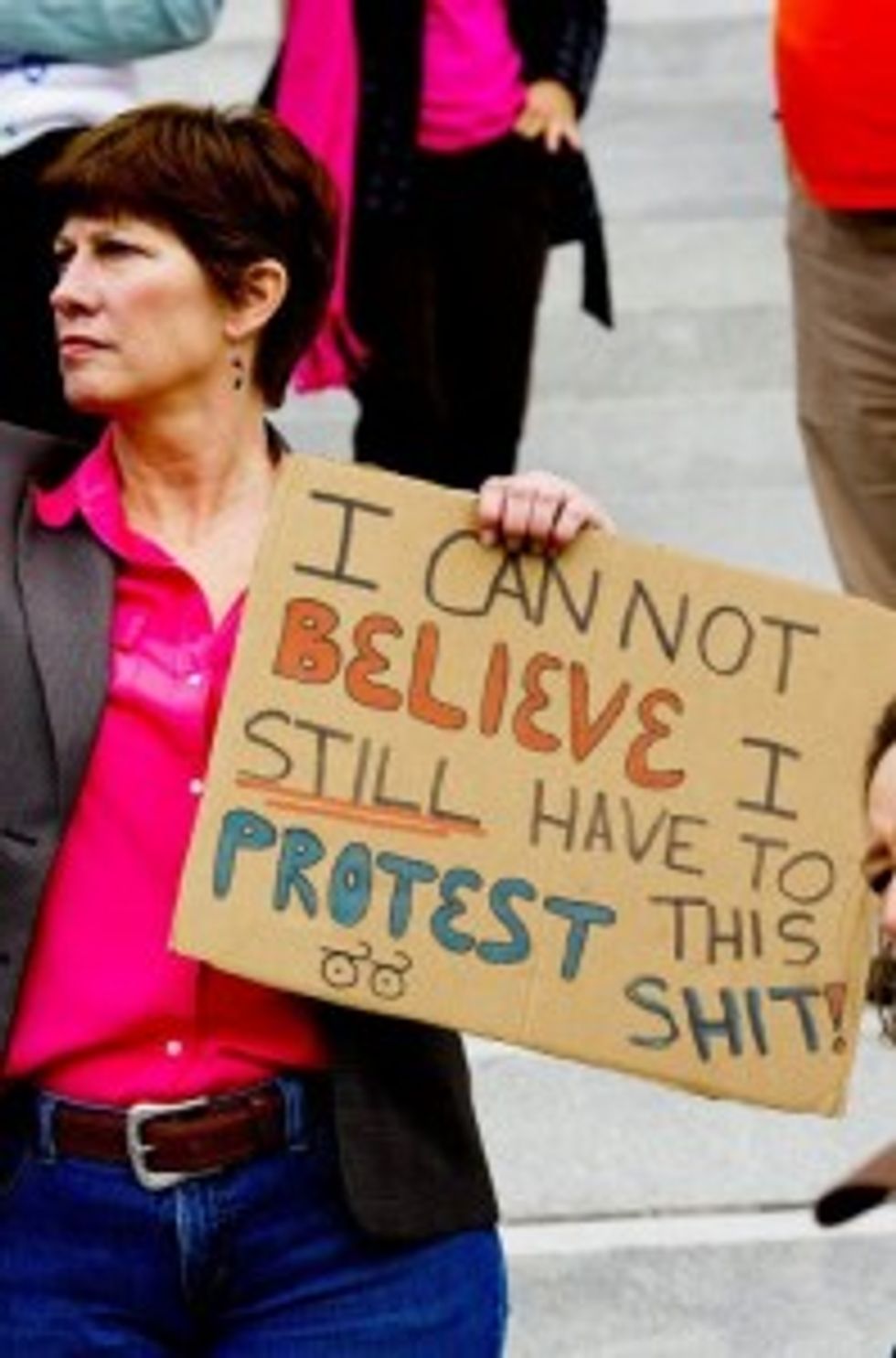 Heroes of fiscal discipline in North Carolina have made an astonishing discovery: paying compensation to the victims of a horrible crime does not actually make that crime un-happen in the past! Because of this ironclad law of physics, Republicans in the North Carolina Senateblocked an attempt to compensate surviving victims of the state’s eugenics program -- for which compensation the NC House had authorized $10 million -- because really, what good would money do to make up for their being forcibly sterilized decades ago? "You just can’t rewrite history. It was a sorry time in this country,” said alleged human being and state Sen. Don East (R). “I’m so sorry it happened, but throwing money don’t change it, don’t make it go away. It still happened.” (Excellent use of the passive voice there -- we guess mistakes were made!) Besides, in 2002, then-Gov. Mike Easley issued a one-sentence apology that said it was a "regrettable episode in North Carolina's past," for godssakes, so what do these people even WANT?

Between 1929 and 1974, the North Carolina Eugenics Board sterilized about 7600 people to improve humanity; surprisingly, most of them were poor, black, disabled, or institutionalized. (Fun fact! For the program’s first 30 years, twice as many whites as blacks were sterilized. From 1960 to 1969, though, that reversed, almost as if North Carolina were using sterilization as a means of controlling the Negro Problem!) Consider the case of Elaine Riddick, who was 13 when she was raped by a neighbor and became pregnant. The NC Eugenics Board decided that she was “feebleminded” and almost certain to be promiscuous, because why else would a 13 year old go and get herself raped? The Board wrote at the time:

"Because of Elaine's inability to control herself, and her promiscuity — there are community reports of her 'running around' and out late at night unchaperoned — the physician has advised sterilization...This will at least prevent additional children from being born to this child who cannot care for herself, and can never function in any way as a parent."

Bonus points to anyone who can find a substantial difference between that statement and the asshats who suggest maybe women on welfare should get their tubes tied. (Haha, trick question--there is no difference!)

So after Riddick gave birth to her son Tony in 1968, the state got her illiterate mother to put an “X” on a consent form, and then a doctor cut and cauterized Riddick’s fallopian tubes. She didn’t even know what had been done to her until she was 19. This all was done to an American citizen in the Greatest Country in the World.

In 2010, in one of the few political moves that reflect honor on the state, NC Governor Bev Perdue established the Justice for Sterilization Victims Foundation, which held hearings and collected information on the sterilizations. Its webpage says its mission is “to provide justice and compensate victims who were forcibly sterilized by the State of North Carolina.” Unfortunately, the other thing its website says, as of June 20, is this:

"Due to the joint legislative budget agreement to exclude state funding for compensation for victims of the state’s former Eugenics Board program, as well as continuation funding for operation of the N.C. Justice for Sterilization Victims Foundation, the Foundation has suspended intake of new victim verification requests."

The Foundation will be shutting down altogether at the end of this month, in a victory for commonsense budgetary discipline, because blowing the people's tax money on this will not change history, after all. Maybe this logic will lead to the shuttering of any number of shrines to the Confederacy, too.

"If you could lay the issue to rest, it might be one thing. But I'm not so sure it would lay the issue at rest because if you start compensating people who have been 'victimized' by past history, I don't know where that would end"

In other words, The Blacks might start getting ideas. [TPM]