Nebraska Okays Keystone XL Days After Oil Spill, Because It's Not Their Job To Care About Oil Spills 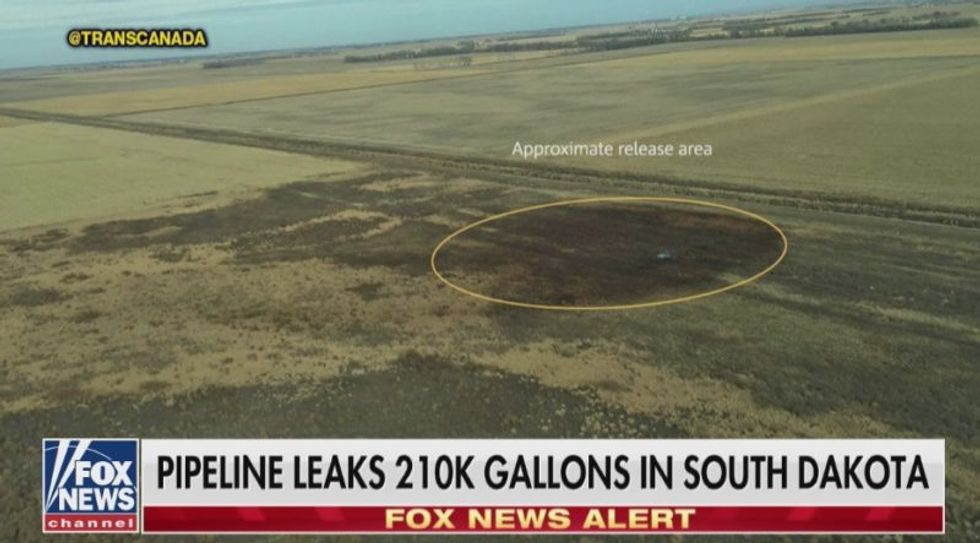 A few oil spills now and then are nothing compared to sunburns. END SOLAR NOW.

The Nebraska Public Service Commission voted today, 3 to 2, to approve the construction of the Keystone XL pipeline across the state, the last regulatory step needed to extend the existing Keystone pipeline from the tar sands of Canada to refineries on the Gulf Coast. The vote came just four days after the existing part of the pipeline spilled about 210,000 gallons of the thick, nasty goo in South Dakota, which is hardly anything, you'll be glad to know -- if you use a different measurement, it's merely 5,000 barrels -- and there weren't even any seabirds around to make for unfortunate photos.

And why did the commission vote to approve the pipeline despite a spill just days ago? According to legislators, according to the AP, "pipeline safety is a federal responsibility and should not factor in the state decision."

In a small nod to environmentalists, the board voted to approve a different route for the pipeline than the developers, TransCanada, had asked for; the approved route will avoid more of Nebraska's Sandhills area than the original route -- but not avoid the region altogether. TransCanada had claimed it would be unfeasible to use the alternative route, since it had already arranged property easements along its preferred route. No, this doesn't mean the thing won't be built, since when it comes to getting its way, the oil industry can almost always manage a few more lawsuits and a lot more money. And while the ecologically sensitive area is mostly avoided by the approved route, the pipeline will still

cross small shallow parts of the Ogallala aquifer, the main source of drinking and irrigation water in Nebraska and much of the Great Plains.

Don't worry, though because there are going to be so many great jobs (nationally, as many as 35 full-time positions once it's finished, plus around 4,000 construction jobs for the two years it takes to build) and America will be so Great Again that no one will mind what might be in their drinking water. And maybe there won't be many spills with the Keystone XL, which will transport some of the dirtiest oil in the world to refineries, where it will then be shipped for export abroad, resulting in prosperity for somebody, we're sure.

One of the two commissioners who voted against approving the pipeline, Chrystal Rhoades, said she didn't quite believe TransCanada's insistence that the Keystone XL would be the safest pipeline ever built, noting that the construction wouldn't lead to any long-term jobs in Nebraska and that

All human-made infrastructure degrades and fails over time [...] No infrastructure ever designed has lasted for eternity and there is no reason to believe this pipeline will be an exception.

Mind you, she also acknowledged that the Public Service Commission wasn't supposed to consider the risk of spills in its decision, but that the Nebraska Department of Environmental Quality had included that risk in a report. It's as if she thinks that's something that might matter, somehow.

In any case, once TransCanada powers through some pesky lawsuits from the Sierra Club and objections by landowners along the new route, more truly filthy oil will be making its way to the world's internal combustion engines, and Mar-A-Lago will eventually disappear beneath the waves, so in the long run, there's some karmic payback, huh?