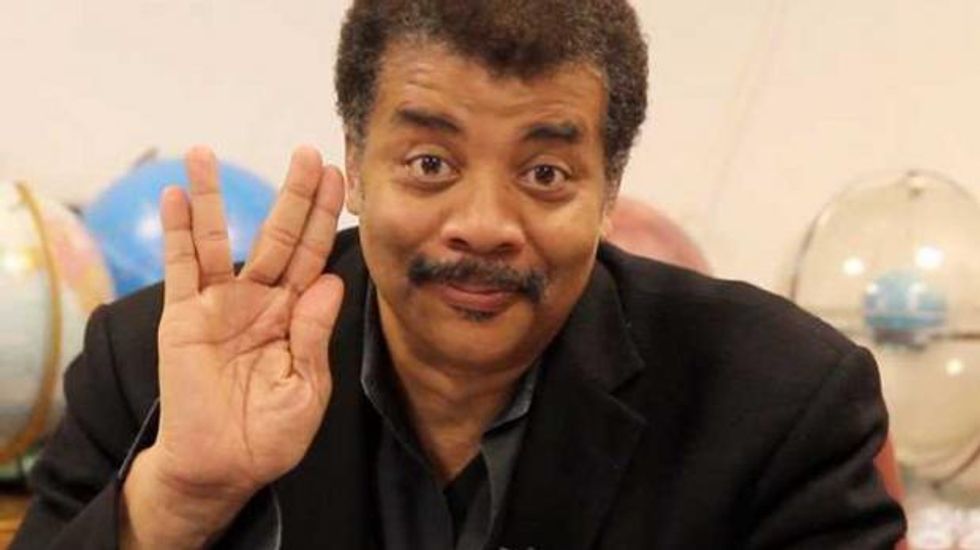 Why does Neil deGrasse Tyson hate children and try to make them sad? Needless to say, some parts of the Internet were Not Pleased:

There was also a certain amount of nitpicking about the Newton tweet, because Newton was only born on December 25 under the now-obsolete Julian calendar; by the later Gregorian calendar, his birthday is on January 4, you stupid science guy! (No comment on the dumb Christians of the 17th century who celebrated Christmas on January 4.) Also, Neil Tyson should know that Newton was a Christian and a creationist, so once again Mr. Scientist Man is WRONG. Besides, Jesus made science anyway:

Also, too, Tyson is a monster for only mocking Christians, who are oppressed, not Muslims, because he is a coward:

Happy Newtonmas to all, and may all your science be blessed.