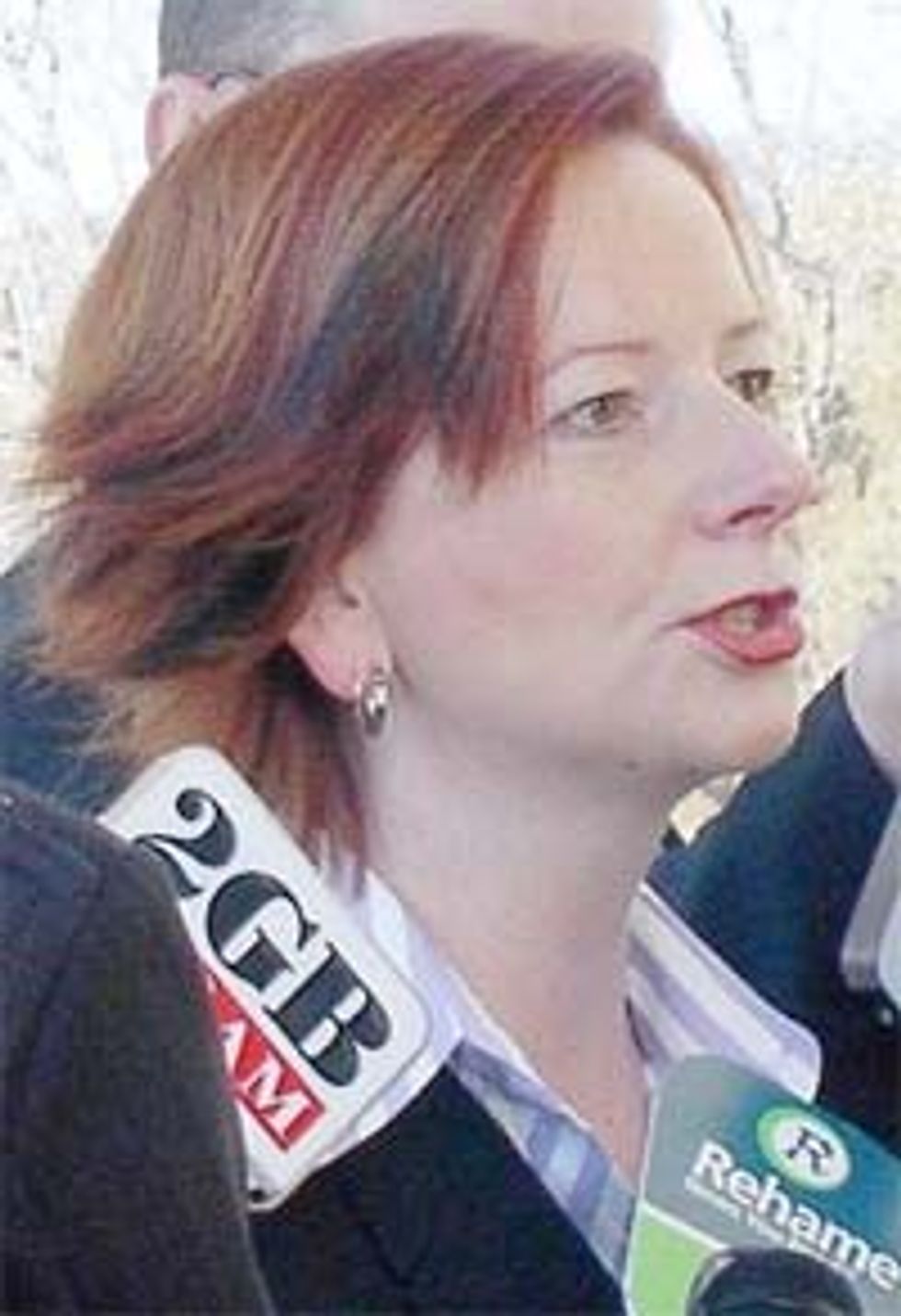 Did you know that Australia, the America of the Antiopdes, still squirms under the brutal heel of Elizabeth of Windsor? It is true! The Aussiescame close to throwing off her yoke a decade ago, but she used her lizard-person mind powers on them somehow and they slavishly voted to keep sending her forty tons of the nation's best uranium and its twelve most comely virgins every year. But now Australia has a lady PM who is impervious to the Queen's mind tricks and perhaps dreams of being ruler herself! Too bad she will lose the election Saturday, maybe.

Julia Gillard is a known atheist who seized control of Australia's ruling Labour Party from unpopular Prime Minister Kevin Rudd in a bloodless coup in late June. Since the Commonwealth countries are crazy madhouses where the Prime Minister can just hold new elections whenever he or she feels like it, Gillard thought she'd capitalize on that "post-coup glow" with an early election, but it turns out that things are going to be much closer than she thought. So now she's decided to try a desperation move: calling for the Queen's public execution.

The Queen should be Australia's last monarch and the country should become a republic when she dies, according to its prime minister.

Julia Gillard, who was born in Wales and moved to Australia with her parents aged five, acknowledged that many Australians had "deep affection" for the Queen, but said that the status quo could not remain.

"What I would like to see as prime minister is that we work our way through to an agreement on a model for the republic," she said during an election campaign stop in Queensland.

"I think the appropriate time for this nation to move to be a republic is when we see the monarch change. Obviously, I'm hoping for the Queen that she lives a long and happy life, and I think there's every chance she will."

Remember, Australia is an island inhabited entirely by the descendants of Victorian London's most vile criminals, so "I'm hoping for the Queen that she lives a long and happy life" is obviously a threat, of the "Nice monarchy here -- it would be a shame if anything were to ... happen to it" type. With Gillard having removed God from the Australian equation, there's nobody left to save the Queen, so get ready for Australia to be led by Crocodile Dundee soon enough. [Montreal Gazette]