New Trump Census Plan: Let's Just Do It And Be Legends!

In the latest development of the ongoing shitshow that is the lead-up to the 2020 Census, Attorney General William Barr says he has a plan to add a citizenship question to the Census. But he can't tell us what it is, because it's a secret. Let's just do it and be legends, man.

Trump and Barr are on a roll. After last week's shitshow, the DOJ decided it made sense to remove all of the lawyers who have worked on the Census litigation for over a year and replace them with lawyers from other parts of the DOJ, like the Consumer Protection Branch, because that's something that makes a lot of sense. And now they have a secret racist plan, but they can't tell us what it is.

In an interview with The Associated Press, Barr said that "he sees a way to legally require 2020 Census respondents to declare whether or not they are citizens[.]" Barr told The AP he has been in regular contact with Trump and said, "I agree with him that the Supreme Court decision was wrong[.]" Unfortunately, he did not elaborate on whether he also agrees with the president that courts can be ignored and the law doesn't apply to him. When pressed, Barr wouldn't give any details on how he plans to subvert the recent Supreme Court decision shutting the Census question down. 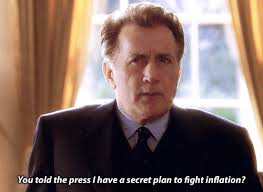 A senior administration official told the AP that Trump is expected to send a memorandum to the Commerce Department, instructing it to include a citizenship question on the Census, which raises at least as many questions as it answers. Does Trump think the law doesn't apply to the Census Bureau if he sends them a memorandum? What kind of bullshit reasoning are they going to use to try to justify the racist citizenship question this time? Will there be any consequences for Trump and the DOJ lawyers telling federal courts -- including the Supreme Court -- that they had to start printing the Census questionnaires by the beginning of July? Does the DOJ really think they can get away with repeatedly lying to courts simply by swapping out lawyers?

Trump has been whining about the Supreme Court Census decision since it was issued late last month. At first, he threatened to delay the Census, which is not a thing, since it's both a constitutional and statutory requirement. Now, we've apparently reached the point where the president subtweets his rage about the (extremely conservative) chief justice of the Supreme Court.

Just to be abundantly clear, the law and Constitution apply to both the Commerce Department and Census Bureau, even if the President tells them them to ignore it. It's totally possible Trump doesn't understand that, since he has repeatedly shown that he believes he's above the law. But it's also possible that this isn't actually about the Census at all, but rather is about the 2020 election.

Last night I almost tweeted that Trump might be pushing round 2 of the census case in part to blame the Supreme Cou… https://t.co/fJgnxpcw3b
— Orin Kerr (@Orin Kerr) 1562695553.0

After all, the campaign emails have already begun.

INBOX: President Trump's reelection campaign is sending out emails with a link to an online survey asking, "Do you… https://t.co/Gbb4ibW9Ko
— Hansi Lo Wang (@Hansi Lo Wang) 1562696341.0

At this point, even The Economist agrees it would be hard for Trump and his cronies to get the citizenship question on the 2020 Census. The Supreme Court already shot down the government's official reasoning for why it wanted the citizenship question included (that it was to help them enforce the Voting Rights Act, LOL!) because it was pretextual, which is legalese for "absolute bullshit." Everything Trump, Barr, and DOJ lawyers have said since then basically amounts to, "Hey, umm, just give us some time, we're trying to come up with a new pretext for you!"

As noted by The Economist:

Some 16 months after [Commerce Secretary Wilbur] Ross ordered the Census Bureau to add the question, how could the government provide the courts with a new rationale that avoids this stumbling block? Hunting for a justification, it seems, is the act of contriving one. Alternatively, if there was a genuine justification for the citizenship query but the Trump administration papered over it because it was legally suspect—driving down Hispanic response rates to entrench white Republican power, for example, as recently uncovered evidence suggests—the government will be loath to own up to it and courts would balk.

Less than five months before the 2020 Census is set to launch, printing of the Census forms has begun, but the fight over what they will say is far from over. With an Executive branch that has repeatedly demonstrated an utter disdain for the rule of law, it's hard to predict exactly what will come next.

But stay tuned, because apparently we'll be getting more news later this week! Maybe the President and Attorney General will even tell us about their secret plan!

Wonkette is fully funded by readers like you! If you love Wonkette, click below to SUPPORT WONKETTE.