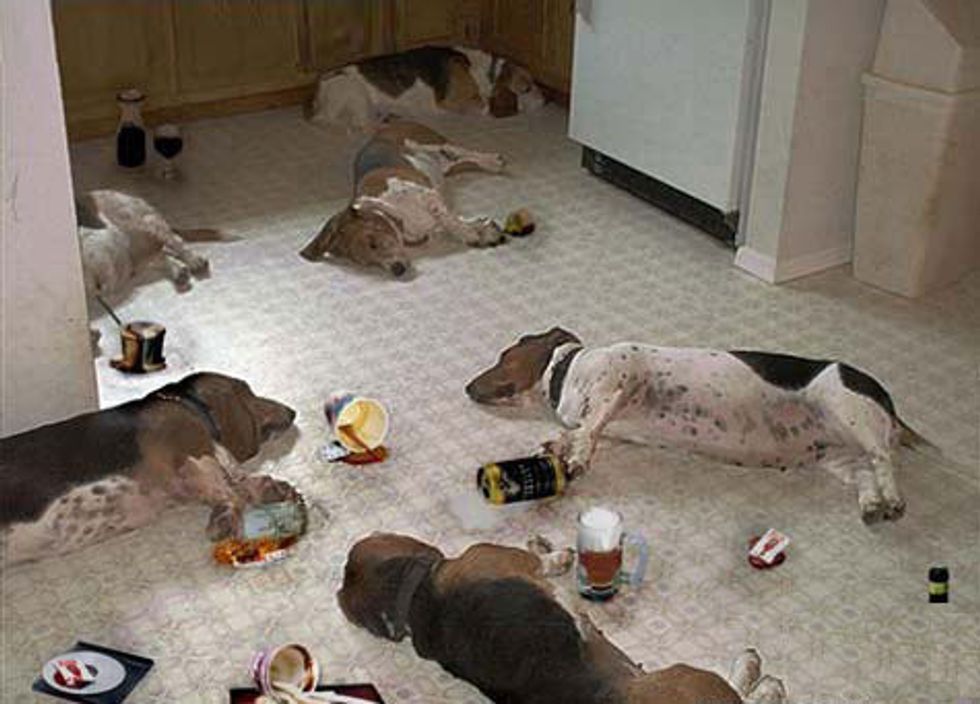 We can completely respect the idea behind the novelty websiteDrunkDialCongress -- and thanks to all the Wonkette Operatives who sent us tips on this! -- which as Politico explains, simulates the act of drunk-dialing like so:

users put in their own phone number. The site then calls them from an 1-800 number and connects them to a Capitol Hill office.

We only have two quibbles: 1) by making the selection completely random, the site plays into the "they're all equally to blame" trope, and 2) What good is a simulation of drunk-dialing? You should only use this site when actually three sheets to the wind, just the way you read Yr Wonkette.

“Whether you are a furloughed worker, being forced to work for free, or just fed up at Capitol Hill: call and yell at a random member of Congress.”

Again, we'd like it better if it connected you to a random member of the tea party caucus, but the site designer's shrunken black heart seems to be in the right place, according to the Politico piece:

“Our team is proud to donate calling tools on DrunkDialCongress.org to help encourage more Americans to reach out to Congress,” said Scott Goodstein, Revolution Messaging’s founder and chief executive.

“House Republicans in particular deserve to be screamed at,” Goodstein, a former Obama campaign staffer, added. “And if they don’t like it, all they need to do is allow a vote on a clean CR, just as they should have from the beginning.”

And of course, there's probably a marketing advantage to pretending that both sides deserve blame; while the website assures users that "Your phone number is used only to connect you to a Member of Congress," Politico also notes that "The firm is also offering a deal to any other organization: free access to their ZIP code-based calling technology during the shutdown."

For callers who need some hints, the site suggests several talking points, each linked to a news story about the shutdown, including:

And we do have to thank DrunkDialCongress for their hat-tip to Yr Wonkette: one of those talking points is "You guys think you are the same as the heroes of 9/11? Get a fucking grip" -- which links to our story on the terrible Texas congresscritter who said that thing, John Culberson. And fittingly, it's the only talking point that includes a swear.