New Insane Wingnut Splinter Group To Moan At Abraham Lincolm, In May 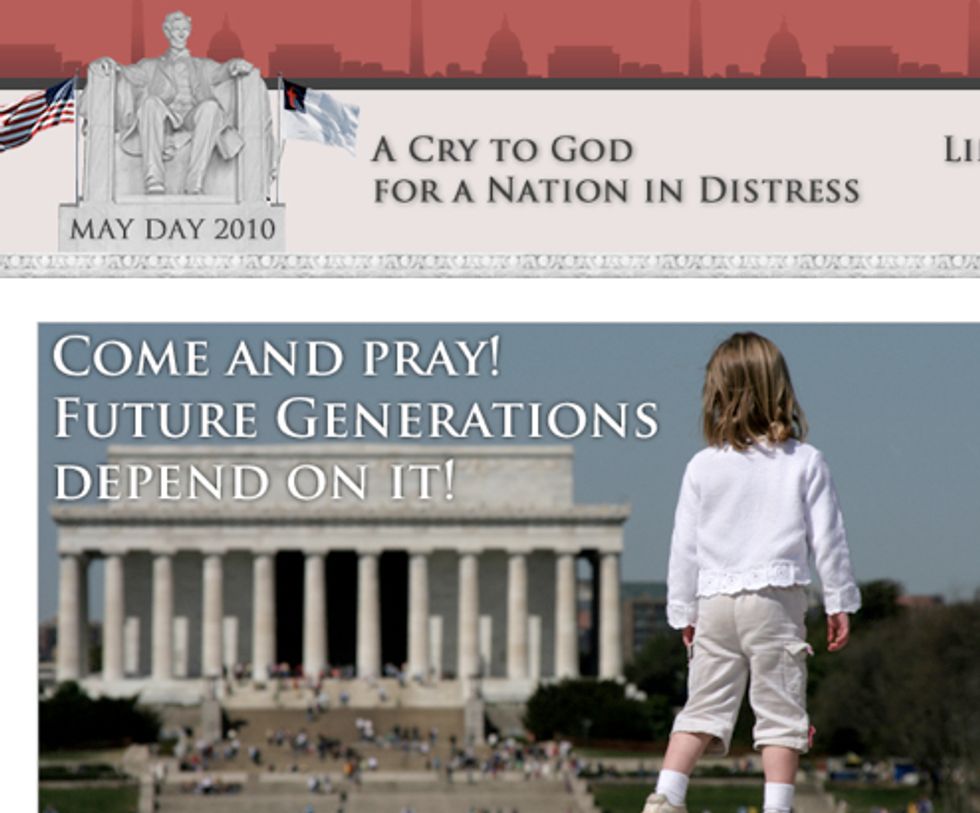 Even if there is an Omniscient Christian God, he probably thinks his followers are stupid for believing in something soludicrous as an Omniscient Christian God: "Join with Christian leaders of all denominations who love God to humble ourselves, pray, seek the face of God, and turn from our wicked ways—individually and as a nation. This event is not to impress the media or those in Washington, but to reach the heart of God. Publically [sic] repenting and crying out to God for His mercy instead of the judgment our many sins deserve."

The whole concept is so self-centered and pathetic, that you can just be a complete fuck-up asshole and then get on your knees occasionally with a bunch of other fuck-up assholes to cry like little babies, at the sky, begging not to be judged for the terrible things you've done. Tough shit! Get up and deal with it! Jesus appreciates a little bit of initiative; this mass groveling was so not his idea.

(This is not to offend those of you who enjoy your Christianity! Jesus had tons of good advice about basically not being a dick to other people. It's sad that the only way people can conceive of a person being such a nice, decent guy is to arbitrarily assign him with universal all-encompassing magical powers that, among other things, helped him escape from a cave.)