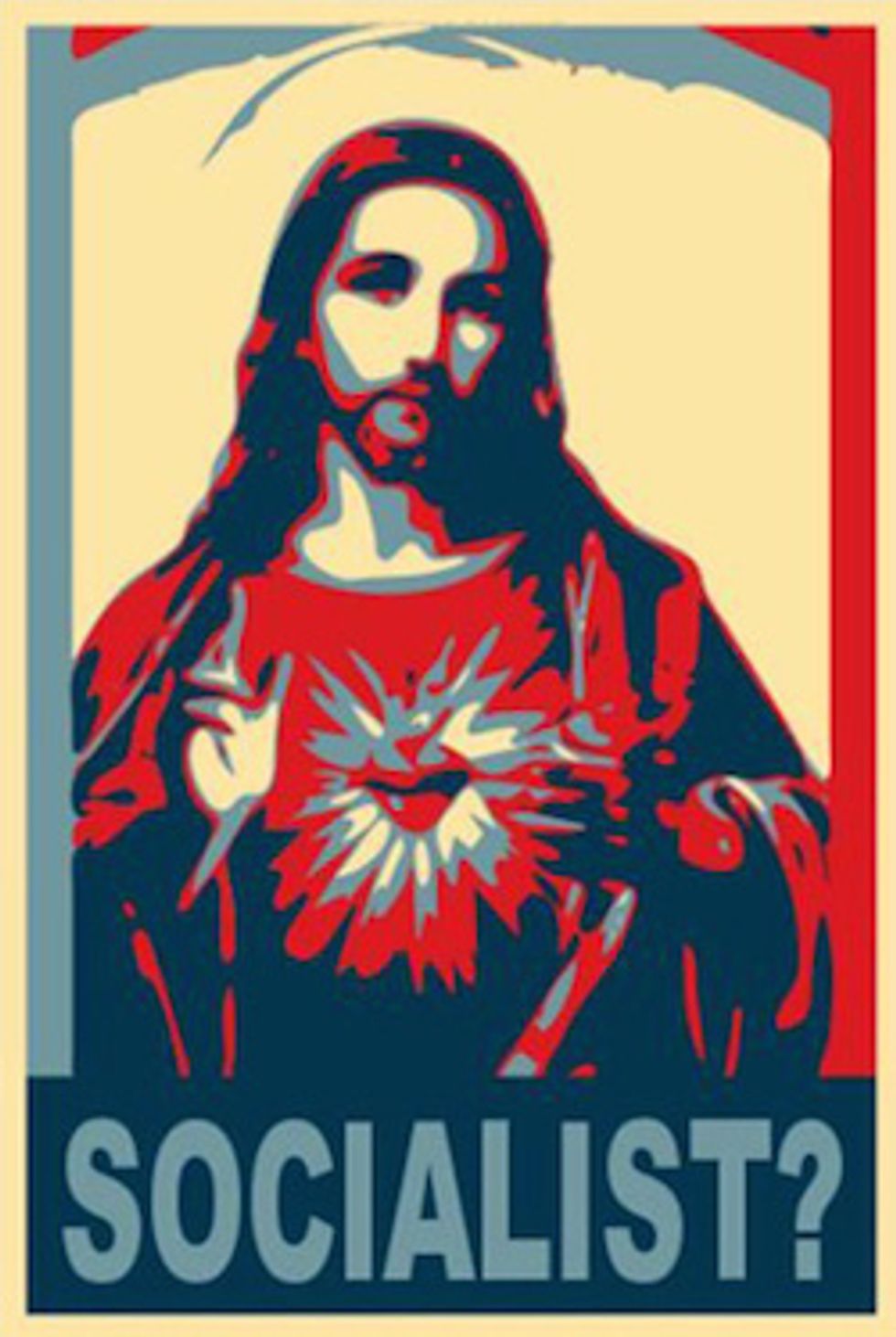 Welcome to Wonkette, where we are at the very tippy-top vanguard of tracking New Pope's inevitable march to Vatican III, which is going to be SO UNIRONICALLY AWESOME, you guys, for real! Pope Francis I is just going to stone cold reinvent the Catholic church as a poor-loving gay-loving global juggernaut, and we will all be able to bathe in the sweet sweet tears of conservative Catholics. Yesterday, Francis threw downand invited one of the liberation theology bigwigs to the Vatican for tea and sceptre comparing or whatever and if this doesn't strike you as a BFD, we will now explain at you why it is. Yay!

See, liberation theologians are pretty much communists, just like yr Wonkette and just like Jesus, and believe that the Church can and should deliver a radical message of liberation (hence the name, DUH) from economic and social injustice. We dig that. But Pope John Paul II and Pope Ratzi were not so much into that jam, preferring instead to write one billion words about how Marxism was extra super dangerous devil stuff and the only real liberation that Jesus wanted to give us was liberation from sin, sillies. Also, Ratzinger, as head of the Inquisition (srsly) actually defrocked Haitian hero priest Jean-Bertrand Aristide. Do you remember him? Bill Clinton sent "Operation Uphold Democracy" -- fuckin' sweet, right? -- to reinstall him as president of Haiti after he got couped?

Does it surprise you to know that our BFF Pope Francis does not think that way? Of course not! That's why he called up one of the founders of the liberation theology movement and said hey mang, if you're not doing anything, why not roll over to my pad and chat about doing cool stuff for the poor?

The founder of liberation theology, the Latin American-inspired Catholic theology advocating for the poor, received a hero's welcome Tuesday at the Vatican as the once-criticized movement continues its rehabilitation under Pope Francis.

The Rev. Gustavo Gutierrez of Peru was the surprise speaker Tuesday at a book launch featuring the head of the Vatican's orthodoxy office, Cardinal Gerhard Mueller; one of Francis' top advisers, Cardinal Oscar Rodriguez Maradiaga; and the Vatican spokesman.

See? THAT'S what we're talking about. New Pope is on fire and we can smell the Marxism from here! The is going to be the most awesome Vatican Council since the last one! Bring it, Francis.

Edited to add a note that should really go without saying: nuns are natural-born socialists, of course, and the particular flavor of nuns (Benedictines) that ran yr humble correspondent's college merrily traipsed through the 1980s assigning things like Penny Lernoux's People of God, a book which just came right out and said that the Vatican under JPII was some reactionary bullshit but liberation theology was the real deal. Those nuns were the fucking best.