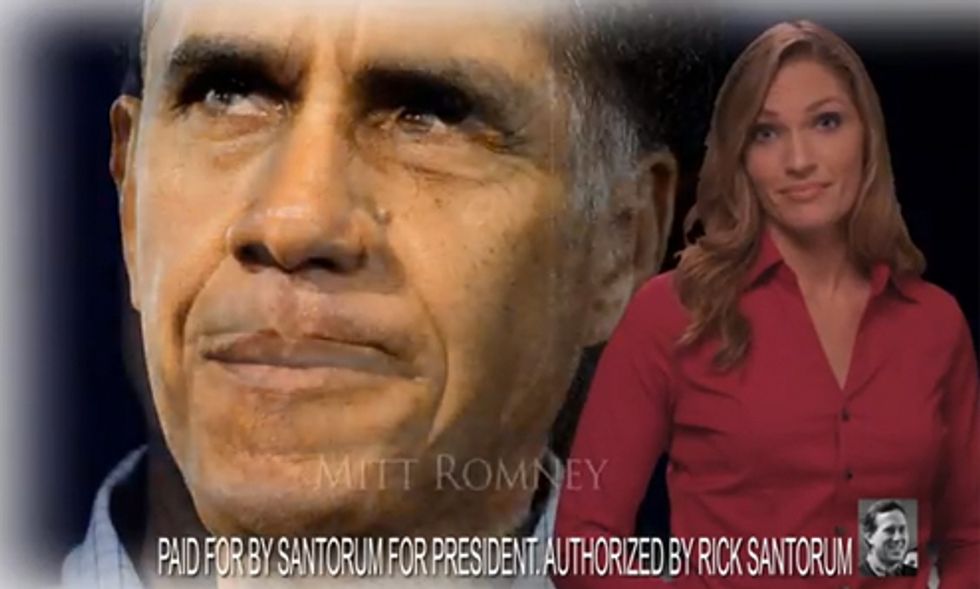 What would the devil spawn of Mitt Romney and Barack Obama look like? Lindsay Graham? Ol'B-Face? Or maybe this scary blurry thing (The Ghost of Breitbart?) in the photo, right there next to the red gal in Rick Santorum's dumb new ad.

The ad opens with Rick Santorum forcing his poor children to play football with him, because we all know that Rick Santorum Plays Sports. And then Ms. Lady comes in to tell us a naughty little secret, as all female narrators in Republican male candidates' campaign ads do:

The ad's narrator lists policy positions like health care, tax increases and cap and trade next to a picture of Obama, which morphs to a picture of Romney at the end. "One more thing: what if I told you the man I'm talking about isn't him, it's him?" the narrator says.