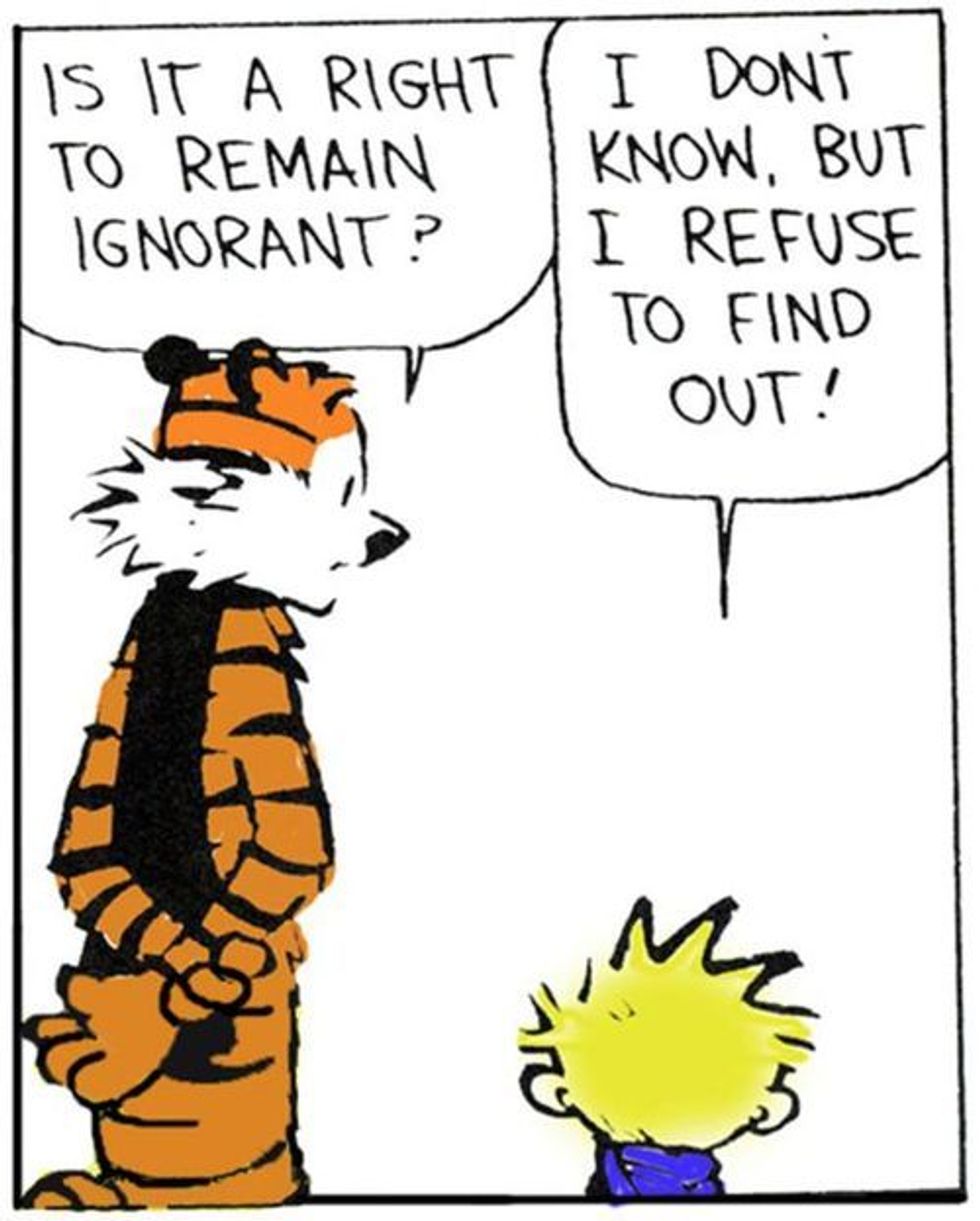 Well here's a heck of a surprise! You may remember how Texas re-wrote its standards for history books back in 2010, to make sure that kids learned the important parts of history, like who Phyllis Schlafly is and how the Constitution was inspired by the Bible, while downplaying the importance of that nasty deist Thomas Jefferson. The standards adopted by the State Board of Education were so awful that the conservative Fordham Institutecalled them "a confusing, unteachable hodgepodge" and criticized the SBOE for its "blatant politicizing" of history -- especially in its approach to the role of religion:

Biblical influences on America’s founding are exaggerated, if not invented. The complicated but undeniable history of separation between church and state is flatly dismissed.

Not surprisingly, we learned this week that the textbooks that have been written to comply with those standards are just plain awful, according to detailed scholarly reviews sponsored by the Texas Freedom Network. TFN had professors of history, religion, and political science look over textbooks submitted for 6th to 12th-grade history, government, and geography classes in Texas, and the reviewers found that they included some pretty clumsy attempts to shoehorn the BOE's favorite rightwing talking points into the texts. Dr. David R. Brockman, who reviewed the coverage of religion in world history and geography texts, said,

The path of least resistance for publishers would be simply to "write-to-the-standards," the textbook equivalent of "teaching-to-the-test” That is, the option was to give the SBOE what it seems to want to hear, instead of sticking to what is historically sound. Sadly, some publishers have done the former in certain instances.

And so, here are some of the things that Texas textbooks will teach Texas schoolchildren, if they're adopted by the SBOE in November:

Then there's the fun stuff that kids can learn about false religions, like Islam. One text explains that "much of the violence you read or hear about in the Middle East is related to a jihad," and another explains that the Middle East is "occupied" by "the Muslims" or "in Muslim hands," as opposed to its rightful owners, Halliburton. A world geography text shows women wearing chadors and takes the time to point out that wearing a chador "limits women’s interactions in public as it makes them indistinguishable from one another" -- never mind that the chador covers only the hair, not the full face like a burqa does.

Kids will also learn many fun facts about how generous and beneficial the conquest of North America was. Consider these samples from various books:

It was awfully nice of the Conquistadors to help out like that!

Needless to say, in these textbooks, the free market is pretty much awesome, and the greatest period of economic freedom was the Gilded Age, when everyone got rich and there was no government regulation. In fact, one book credits Mark Twain with that term, but quickly adds that

Most Americans were not as cynical. The dizzying array of things to do and buy convinced the growing middle class that modern America was in a true golden age. [...] The application of scientific discoveries and technological innovations by the free enterprise system improved the standard of living in the United States. Driven by entrepreneurs, American businesses were able to create products and services that made daily life easier and more fun for many people

And the child laborers who didn't like it were easily replaced, too.

The textbooks also take on important issues like Affirmative Action, which is useless, because it gives unearned jobs to space aliens:

And of course, there's the Civil War, which was about states' rights, not slavery. Oh, sure, slavery was there, but mostly the conflict was about a basic matter of principle which was the Southern states' right to nullify federal laws they didn't like, and to secede if they decided the whole "United States" thing wasn't working out for them. Slavery was kind of a footnote. And no, they don't mention that many of the Confederate states' secession declarations -- including Texas's -- explicitly state that the preservation of slavery is why they're getting out of the Union. But if kids want to look that up on their own time, sure, they can.

Finally, there's this charming explanation of how segregation worked:

You, know, just now and then. That's the beauty of separate but equal -- all you need to do was to say that both black children and white children had schools, and that made it equal. It's not like the black kids had no schools at all, for heaven's sake.

We haven't had the time to delve into TFN's full reports on the textbooks -- those little horrors come from the executive summary -- but we certainly sympathize with Dr. Edward Countryman, a history prof at that hotbed of liberalism Southern Methodist University, who led the review of the history textbooks. In the introduction to his group's review, Countryman writes that his "heart is out completely to the state's history teachers":

Unless they work in private schools, they are forced to teach from a set of curriculum standards that are intellectually incoherent and pedagogically almost impossible. Because of those state-approved standards, they must jam in a vast amount of material that makes no sense at all, that reduces the study of history to the sort of brute memorization that was going out of fashion when I was in high school, and that leads to virtually no awareness of how human beings have[contextly_sidebar id="nQ9NOrv3ZeVffU3A3AJVhhbevAmJokGI"] connected themselves to one another...