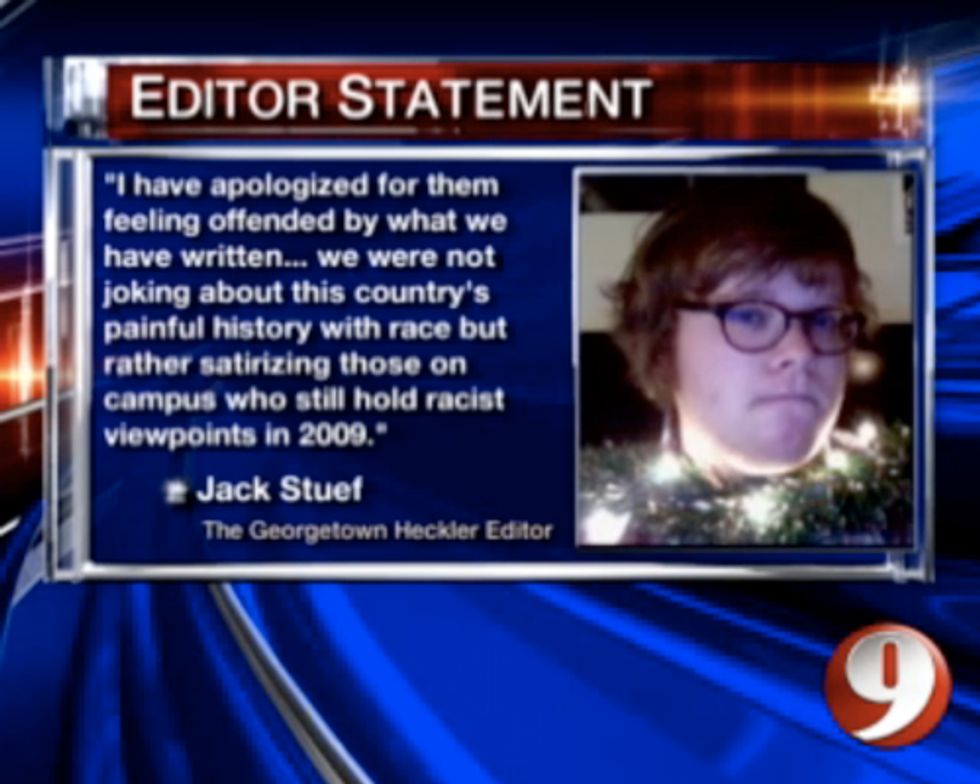 If you have been checking the authors of posts on your Wonkette this week -- and you have, because writers know thateverybody pays a lot of attention to bylines -- you will have noticed there is a new guy. Yes! The time has come! The torch has passed, etc.!

Please welcome Jack Stuef (WHO IS ON TWITTER, FOLLOW HIM,) your new Jim Newell. NO, nobody could ever replace Jim Newell. But please take a moment to replace Jim in your hearts with Jack, if you haven’t already. Finished? All right. Haha, that guy was a ginger.

Anyway, that degree is in Government and English, and your new writer has decided to pursue the one that doesn’t make you any money. Hooray!

Your new writer has also been freelancing for fake-newspaper of record The Onion for a couple of years now. Did he write [article you liked]? Yes, yes he did. He wrote everything that has ever appeared in The Onion.

At Georgetown he edited the resident barely-published humor magazine thing, The Georgetown Heckler, generally making fun of the terrible Georgetown administration and only OCCASIONALLY getting himself embroiled in racial controversies that are national news.

Those of you who already found your new writer’s dumb LinkedIn know he also worked for Bill Richardson in Iowa the summer after his freshman year, when he went through the rite of passage of disillusionment and thought for sure that the Obama guy couldn’t win because you can’t just win on eloquence because people like experience and only elect vice presidents and governors. Yes, there are good Bill Richardson stories. Perhaps one day they can/will be shared.

There's a Gmail account (jack.wonkette@gmail.com) for your new writer, so you can send him pictures of your sexual organs or vicious Sam Alito rumors. Ken said some Hungarian guy won’t make @wonkette.com e-mail addresses anymore because of the European debt crisis.

In conclusion, Jack Stuef has an iPhone.