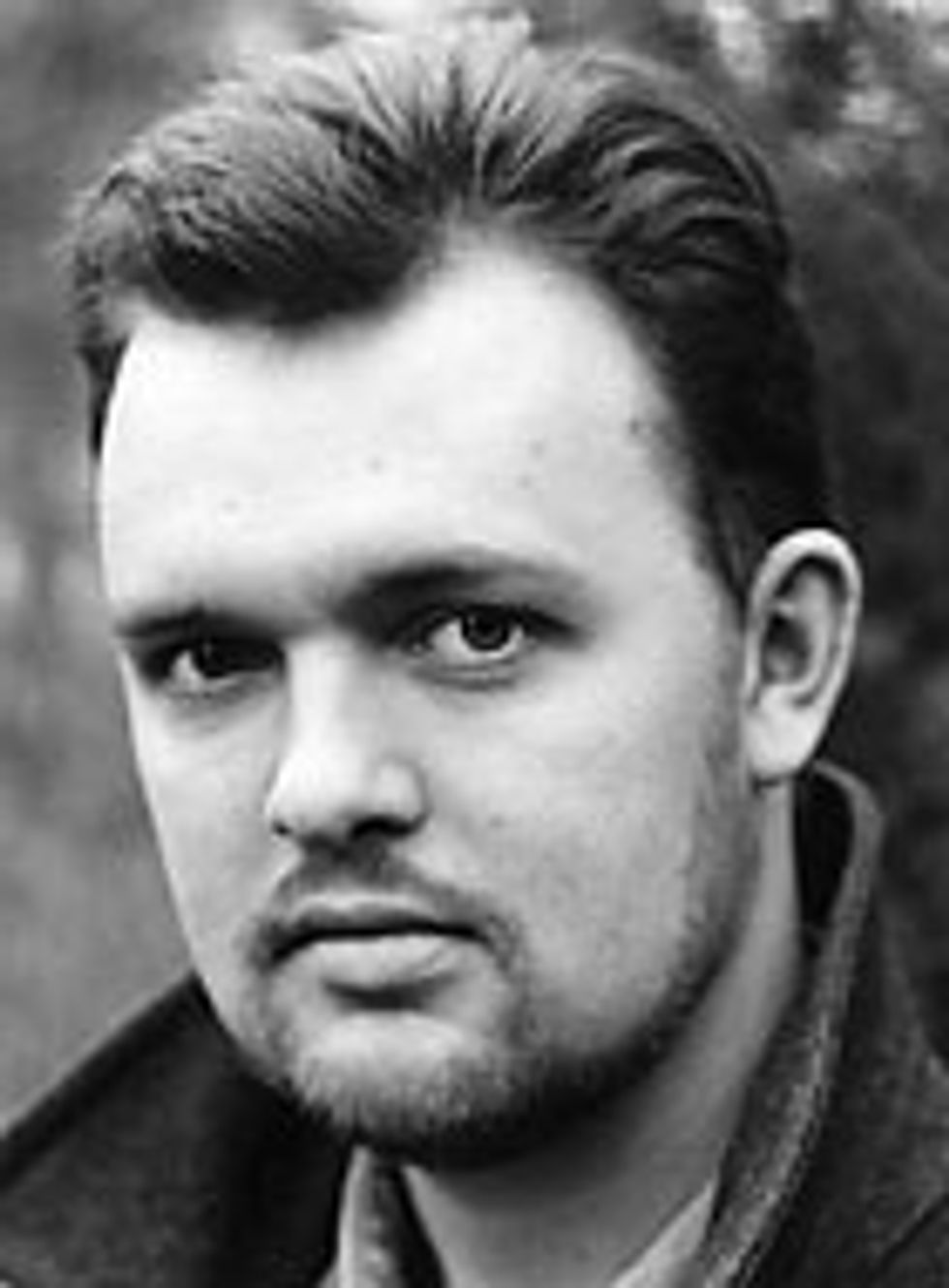 In the words ofBrian Lamb, the best human being on Earth, "Hey Ross Douthat, you seen this Wonkette thing here?" It's a post about your New York Times "young lightning rod conservative" opinion column! It is not his debut -- maybe second, or third, or fourth -- but it's the first one we've read so deal with it okay? It's not bad! And because he is, again, a "youth," he throws in many Internet hyperlinks to his sources. Clicky clicky hooray! So this post will be, unfortunately, a Civilized response to one of his points -- that the grain of history favors the pro-life movement -- which is less fun than just spitting blood at the computer screen, as we did for Bill Kristol.

Douthat writes about how "Barack Obama’s admirers nurse a persistent hope that he might be able to end the culture wars." For most cranky old columnists (all of the others) this would spiral into a fact-less rant about what college was like for them in the mid-1960s and how liberals today are terrible. But Douthat writes... you know, something that isn't that!

Public-opinion trends aren’t set in stone. But as Peter Berkowitz noted in a prescient essay for Policy Review in 2005, the gay marriage movement is working with the grain of American political history, in which the expansion of rights “steadily erodes the limits on individual choice established by law and custom.” Our legal and political debates, Berkowitz suggested, are won by whichever side can argue for the expansion of freedom, and combatants who can’t argue in these terms will “almost certainly see their cause go down to defeat.”

Thus gay marriage opponents’ persistent disadvantage. They can argue from tradition, custom and Christianity — as Obama himself does, albeit with dubious sincerity, to explain why he backs civil unions but not full-fledged marriage. They can note the perils of formally severing the link between marriage and childbearing in a society where far too many children are born outside of wedlock as it is. But supporters of gay marriage are the only ones making an argument from personal liberty — the freedom to marry, the right to marry — and that has made all the difference.

On abortion, though, the picture is very different. The pro-life movement is arguably more comfortable with the language of rights and liberties than its opponents. Abortion foes are defending a right to life grounded in the Declaration of Independence, after all, whereas pro-choicers are defending more nebulous rights (privacy, autonomy, etc.) supposedly grounded in “penumbras” and “emanations” from the Constitution.

Don't know how "privacy, autonomy, etc." are "nebulous." (UPDATE: Oh, it's "inside baseball.") Is it really a fluffy argument to say that ladies have the "freedom to make choices" about their own bodies? We think wacky Thomas Jefferson was kind of thinking with this Declaration of Independence that you have to be born for these rights to kick in; if the little monster sitting in that sack of goo craves individualism so much, then it should stop whining, cut that umbilical cord, pop out of the lady's tummy, and get a damn job already.

If the grain of American political history "steadily erodes the limits on individual choice established by law and custom," then w/r/t abortion, how could that favor the people who want more limits imposed on individual choice? It's not like in Victorian England everyone was killin' fetuses left and right all willy-nilly, for Jesus, and only over the course of time -- after massive civil rights rallies held by fetuses, in the streets -- will we become so enlightened as to prevent this thing, by law, from ever happening again. The "opposite" seems truer. Anyway.