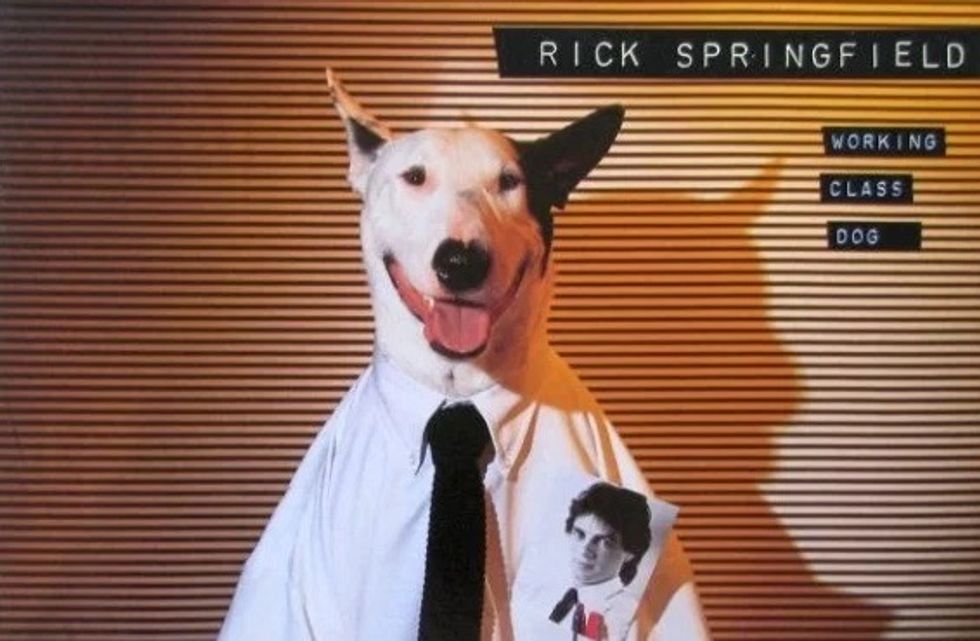 You can't put a leash on that collar at all.

The New York Post ran a fairly routine "Let's visit some Trump Voters and watch them get leg-tingles when they see Great Leader" story to go along with Trump's State of the Union address last night, featuring a visit to the Ripepi family of Peters Township, Pennsylvania. Mom and dad voted for Trump and were quite pleased with the speech, and their precocious 14-year-old daughter Natalie -- indeed, all four kids -- were morally offended that Democrats didn't applaud Trump when Republicans gave him ovation after ovation:

I just wonder if they thought this through past their politics, on many of these things all of America is applauding while they are sitting.

We remember all the times Republicans refused to applaud anything Barack Obama said, but that was probably out of principle, not spite.

15-year-old Lillie wants DACA recipients to stay in America, because she's a good kid, who reasons, "It is the only home they have known," which is nice, although she also adds she's definitely for the wall: "Build it."

“I was happy with what he said about the criteria that Dreamers had to meet to become citizens, like education, good morals,” she said.

In all, it's a pretty bog-standard "BREAKING: Trump Voters Still Like Trump" story, as we say. But there was one little element out of place: the headline, which has since been changed, but which was preserved by the invaluable Wayback Machine:

Yup, just your typical blue-collar nuclear family, just getting by like any working class heroes, with Dad coming home from a hard day at the mine and kissing Mom as she's out the door to her shift at the factory, because heaven knows it's hard to raise four kids even with two incomes these days. Say, in what line of blue collar work does Dad take those long nights, impossible odds?

Both Tony, 54, and Michelle, 41, voted for Trump is 2016. Tony is a grandson of immigrants and a highly regarded chief of surgery at a suburban Pittsburgh hospital. Michelle went to Carnegie Mellon University, is a breast cancer survivor and director of operations at the Ripepi home, driving the kids to piano lessons, tennis and hockey games and practices while also helping with her husband’s practice.

"Chief of surgery" definitely involves working with your hands, we suppose. Also, as a very witty person named "Norma" said on the Twitters, "Retitling stay at home parent as 'director of operations' is peak something."

[wonkbar]<a href="http://www.wonkette.com/629096/donald-trump-reads-state-of-the-union-speech-without-shitting-own-pants-is-presidential-af"></a>[/wonkbar]Oh, you'll be glad to know, too, that Dr. Tony was just thrilled with Trump's redefinition of "Dreamers" so that it now includes "all Americans," because he's been worried about Trump disappearing into the swamp with some kind of DACA deal:

“What a line, now that is what I am talking about,” he said.

“I am in favor of the Dreamers being kept in the United States as legal residents, not as citizens until they meet the normal benchmarks on the pathway to citizenship,” he said.

After somebody apparently pointed out that "blue-collar" doesn't generally refer to the chief of surgery's scrubs, the Post updated the hed to "Donald Trump is still the man to this Pennsylvania home," although "blue collar" lives on in the article's URL and on Twitter. The Post's redefinition of "blue collar" caught the attention of troll supersoldier "Krang T. Nelson," too:

The hed appears to have come from this bit of codswallop in the paragraph following the one about Tony and Michelle:

You tell us what a "blue collar, upper-middle-class exurb" is. That some kind of gentrification? This Post article appears to be at class war with itself.

Fortunately, it all turned out OK: the Post revised its headline, and a GoFundMe has been launched to buy the Ripepi family some contractions. It is difficult to go through life talking like you are Mr. Data, is it not?

Hooray, and now it is your OPEN THREAD!

Yr Wonkette is brought to you by reader donations. Click here to send us money so we can keep blogging in blue-collar comfort: No collar, no pants.