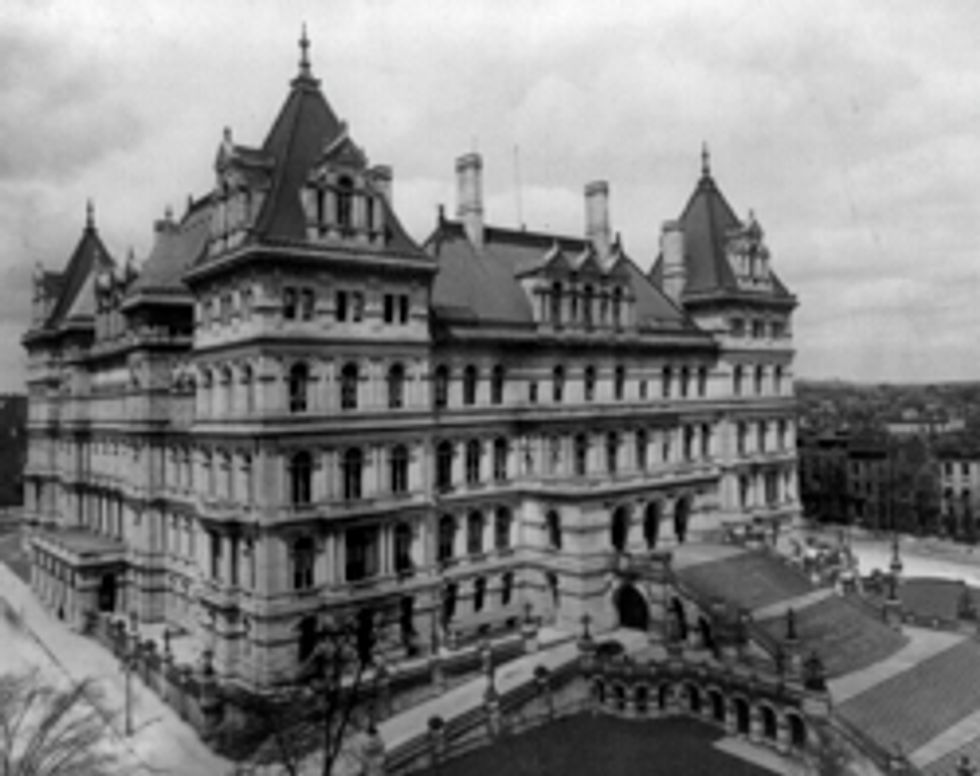 Time for a post about the New York Senate coup! QUICK BACKGROUND: Two Democratic state Senators made a "deal" ($$$$$?) to switch to the Republican side, giving the Republicans a majority, hastily. The Democrats thenlocked the Senate and claimed this was illegal, and it has been locked -- as in, physically locked --for days, and the Republicans are threatening to hold session in a field or something if the Senate sergeant-at-arms doesn't let them in, even though they have their own set of keys now. There was no (intended) simplification in this post. Oh, and the gays caused all of this, by wanting to get married. [Daily Intelligencer, NYT]