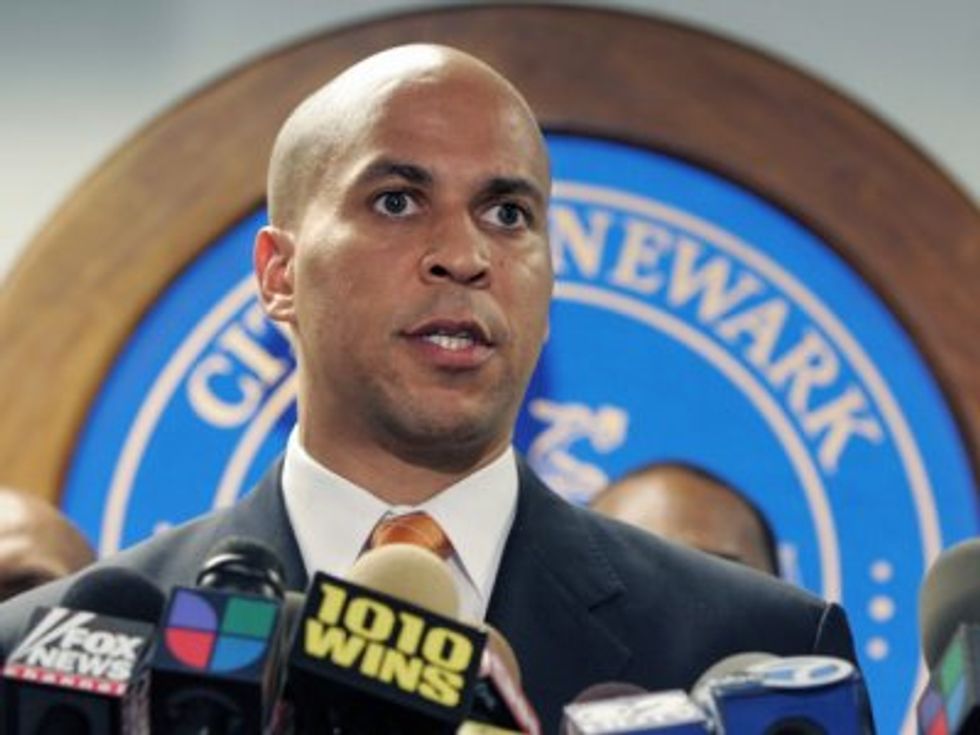 Over the weekend, wetold you about a New York Times hit piece on Tall Column of Chocolate Love Cory Booker, and how reporter Kate Zernike did not seem to be doing herself any favors by ending it with a steaming dump of DO YOU KNOW WHO I AM? Now, thanks to HuffPo, we are almost in awe of Zernike and her proud cuntiness. Let's review: She said WAAH there is still poverty in Newark! She said HISS Cory Booker raised taxes while also cutting spending! She said BLARGLE Cory Booker spends all his time in New York hobnobbing with Richard Branson instead of in his community! So. About that.

Here is how Zernike ended her journalism:

He invited a reporter to see the system in action. He then called to apologize that he could not be there: “I’m in and out of New York all day.”

Instead, his staff demonstrated the system. Mr. Booker was on his way to host a reading at a bookstore on the Upper West Side, filmed by CNN. He then spoke at a benefit at Cipriani and attended a movie premiere at Google’s New York headquarters. Afterward, he announced on Twitter, “I sat on a panel with Richard Branson.”

Don't freak, but it seems Kate Zernike might have been leaving something out?

The Upper West Side reading -- covered by C-SPAN, not CNN -- was for a book on teen homelessness that he wrote the forward to and which features a Newark youth. Booker said he and Kevin Ryan, the book's author, have raised more than $200,000 for non-profit charity Covenant House "and have leveraged the book to raise awareness and action on a too often overlooked issue."

What about that doubtless glittering Cipriani gala, which probably had lobsters stuffed with caviar to feed all the unhinging alien jaws of the Real Housewives of New York City, right?

The Cipriani benefit was for children's charity K.I.D.S. (Kids In Distressed Situations). "They were giving an award to Newark Now, a nonprofit I founded, and have raised over $150,000 worth of clothes and toys for deserving Newark kids and families during the winter and holiday season," Booker said, noting that such aid is especially needed following Hurricane Sandy.

But what about the movie premiere, where Cory Booker starfucked Richard Branson till he couldn't sit down?

The "movie premiere" at Google's New York headquarters was for "Breaking the Taboo," a film about the failed drug war. Zernike quoted only the first part of Booker's tweet, which read: “Sat on a panel with @RichardBranson last night for the premiere of this film about the failure of the war on drugs.“

What does Kate Zernike have to say for herself, HuffPo?

In an email, Zernike said the article explained why Booker was in New York City and is "not sure why including the name of the book (for the reading) or the group (for the benefit) or the film and panel (for the premiere) would have added much context."

Let's play the Kate Zernike Game! "@CoryBooker: In the Dominican section, delivering antibiotics for kids with strep throat! DM me!"

Kate Zernike: "Cory Booker went to the Dominican Republic with a baggie full of drugs."

Also, yeah, Newark led the nation in reducing crime under Booker, and its fire response time is under the national average. Zernike manages to present those both as bad things.