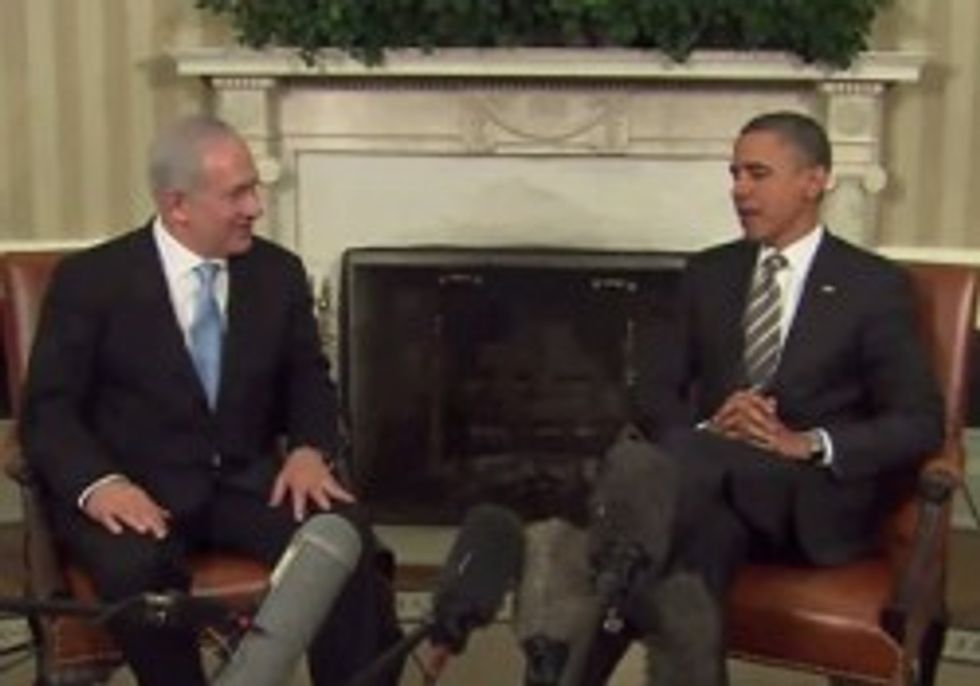 Andrew Adler, who owns an Atlanta-based newspaper called the Atlanta Jewish Times, wrote an op-ed last week in which he theorized on what Israel could do about its relationship with the United States vis à vis Iran. As Adler sees it, Israel has three options, and one of them involves "ordering a hit on" President Obama. Uhhhh.

Adler, whose newspaper has a circulation of about 3,500 (and a staff of merely five), is basically suggesting that assassinating Obama has to be something that Israel is considering, because it would allow it to put its foot down to an allegedly weaker vice president. The first two options: bomb Iran, or bomb Hamas and Hezbollah. Three:

Three, give the go-ahead for U.S.-based Mossad agents to take out a president deemed unfriendly to Israel in order for the current vice president to take his place, and forcefully dictate that the United States' policy includes its helping the Jewish state obliterate its enemies.

Order a hit on a president in order to preserve Israel's existence. Think about it. If I have thought of this Tom Clancy-type scenario, don't you think that this almost unfathomable idea has been discussed in Israel's most inner circles?

That's not really the point? Gawker got on the phone with Adler to find out what the hell he is talking about. Apparently, he sounded "nervous" and backtracked with the following:

I was hoping to make clear that it's unspeakable—god forbid this would ever happen.

See, the thing about unspeakable things is -- TOO LATE.

In the end Adler tried to frame his Tom Clancy fan fiction as basically a ploy for more attention. Well, in that case. [Gawker]