Newt Gingrich Made An Error On The Daily Show, You Guys 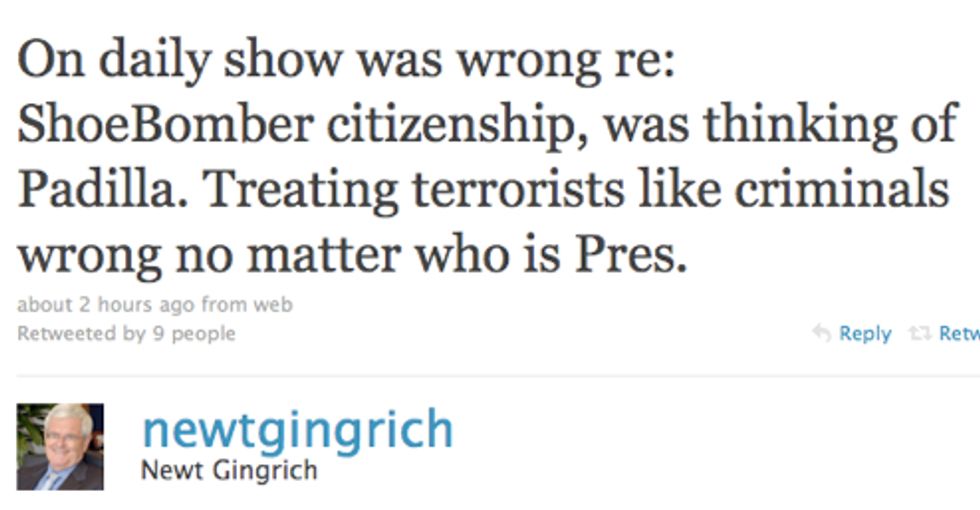 But thankfully Newt Gingrich has corrected himself, on Twitter, a full day later, and after much googling: he was thinking of the baseball player, Padilla. Or another Padilla. But aren't all the Padillas Mexican citizens, a.k.a. "tortureables?"