Newt Gingrich: The Democratic Process Is a Terrible Act of War 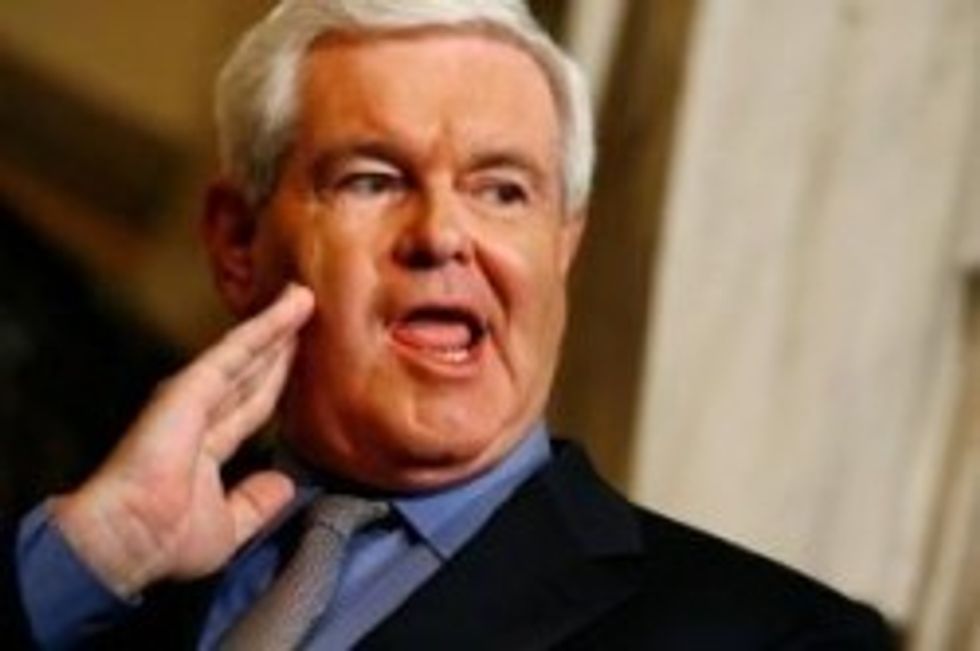 Newt Gingrich will not be on the Virginia primary ballot, because he was having too much fun running for President on the teevee to be bothered to run for President in real life and hand in on time the 10,000 signatures that the state requires to qualify. A lower mind might attribute such a problem to organizational failure and shoddy management skills, but where is the sense of delusional victimhood in that? Right. BORING. The morelikelyexplanation is that Virginia is like Japan, and they are doing a Pearl Harbor on Newt by not letting him on the ballot against the rules, for fascism.

The only possible explanation for the following insanity is that he is hoping people will Google search "Newt Gingrich Pearl Harbor" and accidentally stumble on the search result for his asinine historical novel. Can't let the situation be a total loss!

“Newt and I agreed that the analogy is December 1941,” campaign director Michael Krull wrote on the Gingrich Facebook page. “We have experienced an unexpected set-back, but we will re-group and re-focus with increased determination, commitment and positive action. Throughout the next months there will be ups and downs; there will be successes and failures; there will be easy victories and difficult days - but in the end we will stand victorious.”

If an eighth grade U.S. history student turned in an essay discussing the similarities between the primary balloting process in the state of Virginia and the Japanese attack on Pearl Harbor, this would be an "F" paper. In politics, it is a comparison that is presented as interesting and thoughtful by the campaign manager of a major party's national frontrunner.

Oh yeah, and Michele Bachmann, Rick Perry, and Rick Santorum also proved too inept to hand in enough signatures on time, so Mitt Romney will pretty much have Virginia locked up by default, sort of like the rest of the race because he is competing against idiots, the end. [The Hill]