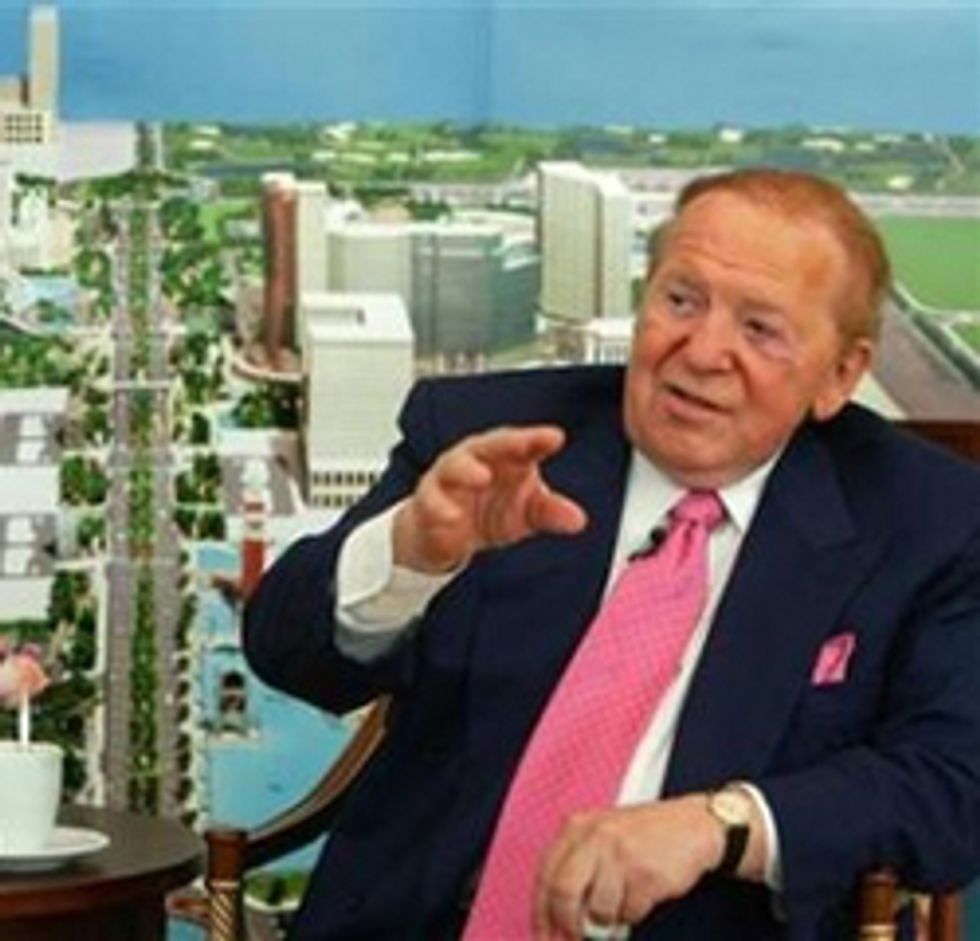 Looks like there's some big action today at the few-billionaires-only private dog track more commonly known as the American political system: Nutty Vegas casino warhawk crook Sheldon Adelson -- not to be confused with the Santorum-backing"Why are we talking about these slutty sluts when there are Muslim terrorists in Latin America?" eccentric wingnut billionaire Foster Friess -- has put down another $10 million on his pet, Newt Gingrich. And why not? He's worth $21 billion and can control a hilarious presidential candidate for what is effectively zero cost and zero sacrifice to him. Remember, America: The problem isn't that our politics can be bought, it's that they can be bought for so damn cheap.

Adelson ("and his wife") had already donated $11 million dollars to Gingrich's Super PAC in the last few months. This one gambling magnate, who merely wants President Newt Gingrich to nuke the entire Arab world in return for his cash infusions, is the only reason he's been able to keep going since New Hampshire.

Some Republicans urged Adelson not to donate more to the super PAC to avoid lengthening the Republican nomination battle.

One motivation for Adelson, according to a second source with knowledge of his thinking, is that he does not want to see Santorum capture the nomination.

Any future Adelson contributions could weaken Santorum by continuing to divide the conservative vote among several candidates.

This high satire is now so ingrained that reporters can write things like, "This one individual nut from the desert with a couple of creepy far-right pet issues is personally deciding whether he'll let someone become a major party presidential nominee" without even bothering to add what we'd consider a necessary "Jesus fucking Christ..." afterwards.