NFL Fires Ray Rice After Realizing Beating Up Women Is Bad, At Least If It's On Video 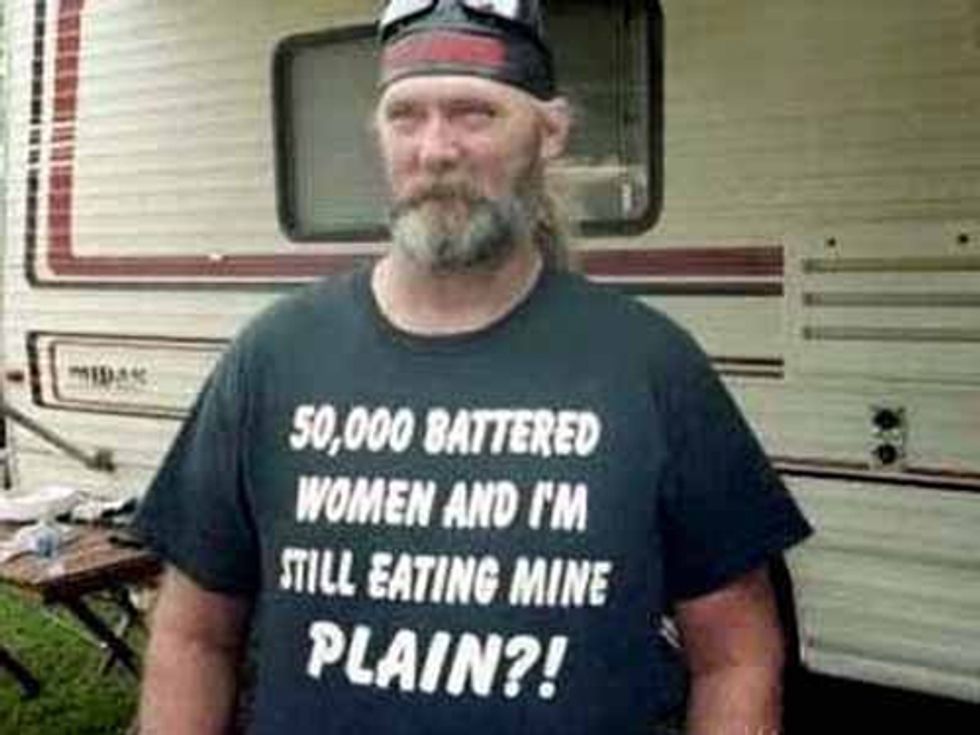 There is absolutely nothing funny about the new video that TMZ acquired, showing Ray Rice's actual assault on his then-fiancée, Janay Palmer, back in February. It's reprehensible, and the only good news in the whole horrible story is that Rice has been fired by the Baltimore Ravens. He's also been placed on indefinite suspension by the NFL, and maybe on extra double-secret probation, too. We were a bit astonished when we saw that, and assumed that Rice must have been caught smoking pot or something.

The Ravens had just about the shortest possible news release on Rice's firing:

"The Baltimore Ravens terminated the contract of RB Ray Rice this afternoon."

It's a damn sight better than Ravens PR Vice President Kevin Byrne's comment on Mr. Rice back in July, where he did a whole blog post saying "I like Ray Rice" and explaining that, hey, shit happens and we all make mistakes, like beating a woman into unconsciousness:

Like many of us, Ray Rice had a moment in his life he wishes he could take back.

But, he can’t. He got himself into that situation, and he’s paying for it. And, he deserves this public and private flogging and the punishments that have come with it. Ray knows that better than anyone.

Team Owner Steve Bisciotti, our President Dick Cass, General Manager Ozzie Newsome and I all have sons. (Dick and I also each have a daughter.) We know what it is to be a parent. We know what it is to support a child after a mistake. We know the importance of turning the situation around and becoming better. We know turning your back on a loved one in a time of need is not what families do.

Gotta be supportive of the prodigal spouse-abuser, you know? Maybe he just needed a wife to help settle him down.

The NFL insists that it hadn't seen the video from inside the elevator until today. Senior VP of communications Greg Aiello said today:

We requested from law enforcement any and all information about the incident, including the video from inside the elevator ... That video was not made available to us and no one in our office has seen it until today.

We should probably note that Deadspin is pretty skeptical, given any number of previous reports indicating that officials from the Ravens and the NFL had seen the full in-elevator footage:

There is one other thing I did not write or refer to, and that is the other videotape the NFL and some Ravens officials have seen, from the security camera inside the elevator at the time of the physical altercation between Rice and his fiancée.

We saw the TMZ video of what happened outside -- when he was dragging her out unconscious -- but inside, I'm told from those who have seen the video, it wasn't pretty. In fact, she attacks him -- we don't know the reason why -- and he strikes her, strikes her hard. And her head -- according to the sources I've spoken to -- struck the rail inside the elevator and she was unconscious.

Which is exactly what today's video shows.

But nobody at the NFL knew a thing, we totally believe that. And Roger Goodell has seen the error of his ways in just giving Rice a two-game suspension, so no problem, now.

Even in this great steaming pile of awful, there is at least one bit of forehead-slapping stupidity that we are happy to share with you, dear Wonkers. Because, as is so often the case, Fox & Friends managed to take a horrible story and add some extra special douchiness to it. After sharing some interwebs condemnations of Rice, Steve Doocy helpfully noted, "We should also point out, after that video -- and now you know what happened in there -- she still married him! They're currently married!" What a crazy stupid lady, huh? Brian Kilmeade, also full of insights today, added that "Rihanna went back to Chris Brown right after... A lot of people thought that was a terrible message." Oh! Oh! And Doocy thought of another similar situation: Jay-Z and Beyoncé and Solange, and that was ANOTHER fight in an elevator -- also involving black celebrities, though really, we are terrible racists for suggesting that Fox & Friends was suggesting anything. But hey, said Kilmeade, at least JayZ didn't hit back, so what a mensch.

And then it was comedy time:

“The message is, take the stairs,” Kilmeade said.

“The message is, when you’re in an elevator, there’s a camera,” Steve Doocy said.

So let's take stock: ladies, stop sending the wrong message when you get beat up. Be more responsible when you get punched, OK? Otherwise, you may end up not only abused, but made fun of on Fox & Friends. Honestly, Steve and Brian can't help themselves if ladies are just going to provoke them to joke about domestic violence like that.

UPDATE: Apparently the Doocy/Kilmeade Battered Women Laugh-a-thon was too much, in some small degree, even for Fox Fucking Goddamned News. Maybe. Erik Wemple reports (in his odd third-person way):

A Fox News spokeswoman tells the Erik Wemple Blog that “Fox & Friends” will address this issue on the program tomorrow. Smart decision.