Nice Lady May Finally Be Confirmed For Job After Ten Months 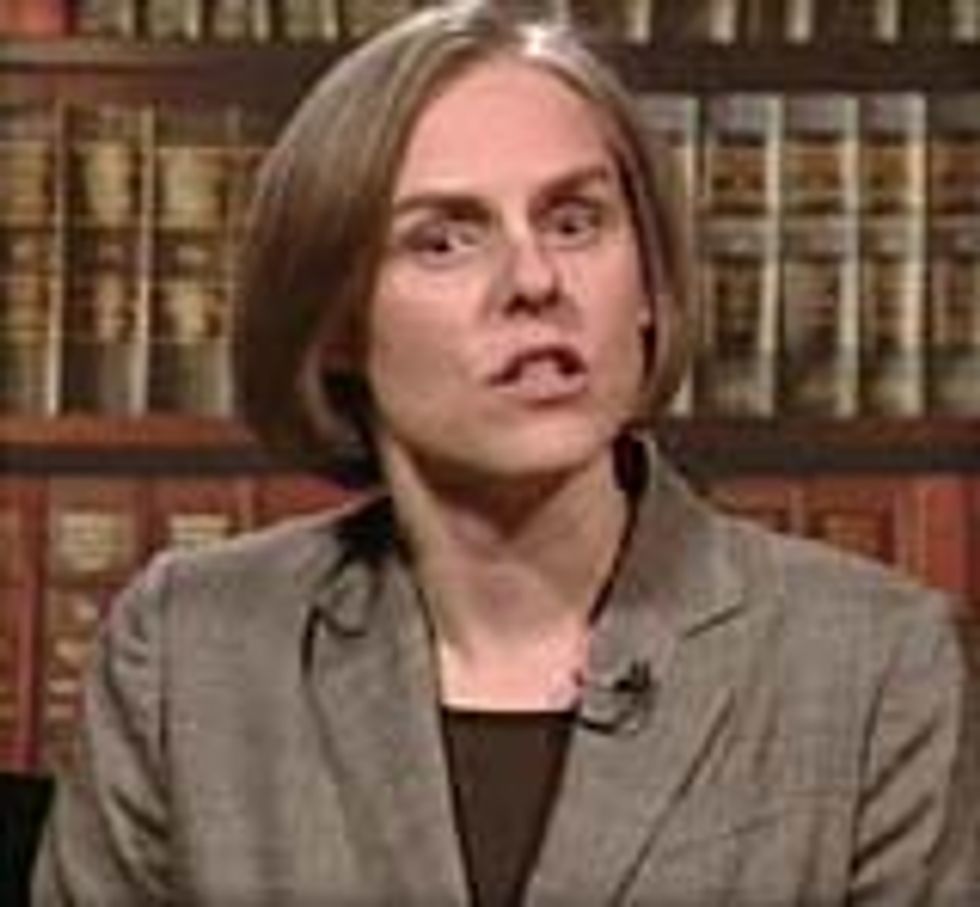 Looky-pants! One of the 575 bajillion executive branch appointees that Republicans have kept nice 'n' filibustered for the past year, Dawn Johnsen for head of the Justice Department's Office of Legal Counsel (a.k.a. TORTURE MEMO SCRIBBLER ACTION FORCE), may finally make it through the freaking Senate now after Barack Obama's re-appointment.

Dawn Johnsen is beloved by liberals everywhere, because she says she will not scribble terrifying torture memos, a statement which has been met by Republican(+BenNelson) Consternation.

But now Arlen Specter will support her, because he just buys whatever hot new Communist thing is on the market. This, plus conservative-Republican-who-isn't-fucking-insane Dick Lugar's continued support, provides the necessary 60 votes for the Senate to confirm a single mid-level executive branch lawyer one year after a new administration took office.

Anyone see John Yoo on the Daily Show last night? Meh. They're starting to figure you out Jon Stewart!