Nice Lt. Gov. Of Florida Knows Nothing About Trayvon Martin Case, But Thanks For Calling 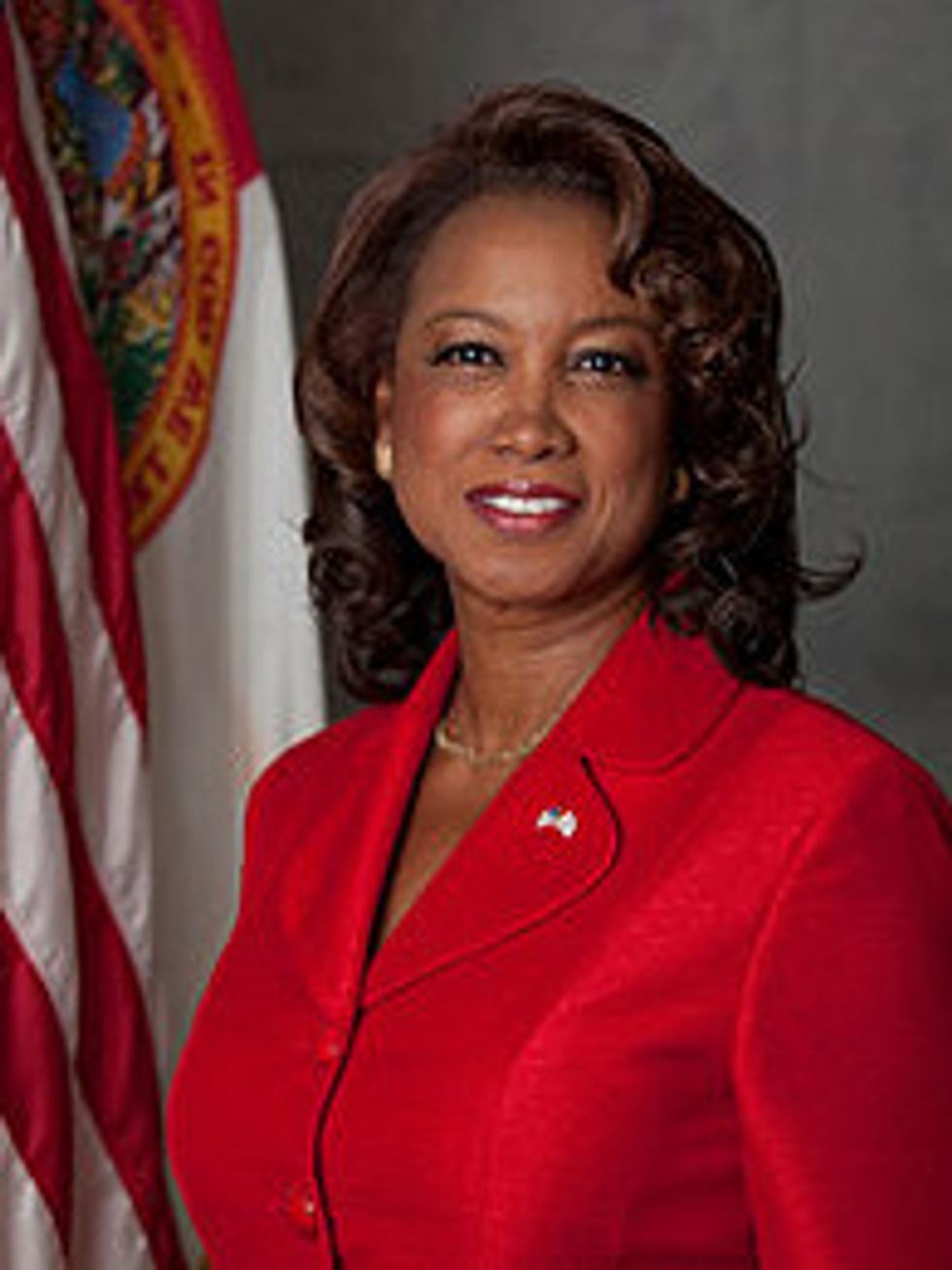 Noted American humorist Dave Barry once remarked that the main jobs of a lieutenant governor are to wear a tie and call up the governor once a day to make sure he or she isn't dead. And that was pretty funny ... in the '80s, when your Comics Curmudgeon was in junior high and loved Dave Barry more than anything. But the modern, dynamic lieutenant governor doesn't play by those fuddy-duddy rules! For instance, some lieutenant governors, like Florida's Jennifer Carroll, are ladies, and so, as you can see in this picture, they don't even need to wear ties. And sometimes they are delegated important tasks, like, say, taking phone calls from some asshole New York Times reporter asking snoopy questions. Find out just how this scenario isn't racially transcendent, after the jump.

So Florida Governor Rick Scott is doing this actually praiseworthy thing where anyone can have access to emails sent to or from the governor or his top-level minions a week after they're sent (although he did give this initiative the dubious name "Project Sunburst"). SaintPetersBlog scribe Peter Schorsch found what he called an "absolutely fascinating email exchange" between the governor's staffers and NYT reporter Serge Kovaleski, who was trying to find out exactly why a new state's attorney was brought in to deal with the Trayvon Martin case. After some garden variety stonewalling ("Oh, did you not see our press release? Here's the press release"), the staffers finally agree to put Kovaleski on the phone with the governor to explain to an increasingly outraged national public what was going on.

Ha ha wait did we say "governor" because we meant "lieutenant governor" but don't panic because obviously those are basically the same thing, as you can see from the positive comments about the call Kovaleski made in his follow-up email:

I just got off the phone with the Lt. Governor following a brief conversation with her. I am not sure why you set up this interview since she told me she could not talk about the issues I mentioned to you because she had no information.

As the record shows, I wrote to you that I wanted an elaboration on why Mr. Wolfinger was pulled off the case and what was his supposed conflict of interest. I also told you I wanted a better understanding about the decision to appoint Ms. Corey as special prosecutor and more detail about the process. The Lt. Gov. said she had no information on either matter.

Who in the administration can fully address these questions for the story?

So far, the Scott administration has responded to my questions by sending me an old press release that does not provide any answers and by directing me to the Lt. Gov., who said, for the record, that was unable to address the queries at hand because those were decisions made by the governor himself.

Do you think that this is what Jennifer Carroll does all day? Get excited because she's going to get to talk to national media people, only to find out that they want all sorts of secret governor-only details that mere lieutenant governors don't have? No, actually, it's lots of ribbon cutting and such; phone calls like this, where jerks from New York yell at her for not knowing things, are among the more interesting things she does.

It's also worth noting that Carroll is, along with various mosquito sprayers and dog catchers and war criminals (Allen West), one of the many several prominent African-American Republicans out there, so Scott's staff might have thought she'd make a good spokesperson on this racially charged case. And they'd be right! Assuming anyone had told her anything about it, which they didn't, obviously, I mean come on.

In addition to not having to wear a suit, Jennifer Carroll does not have to call Rick Scott to see if he's dead, because Rick Scott still has several remaining horcruxes. [SaintPetersBlog]