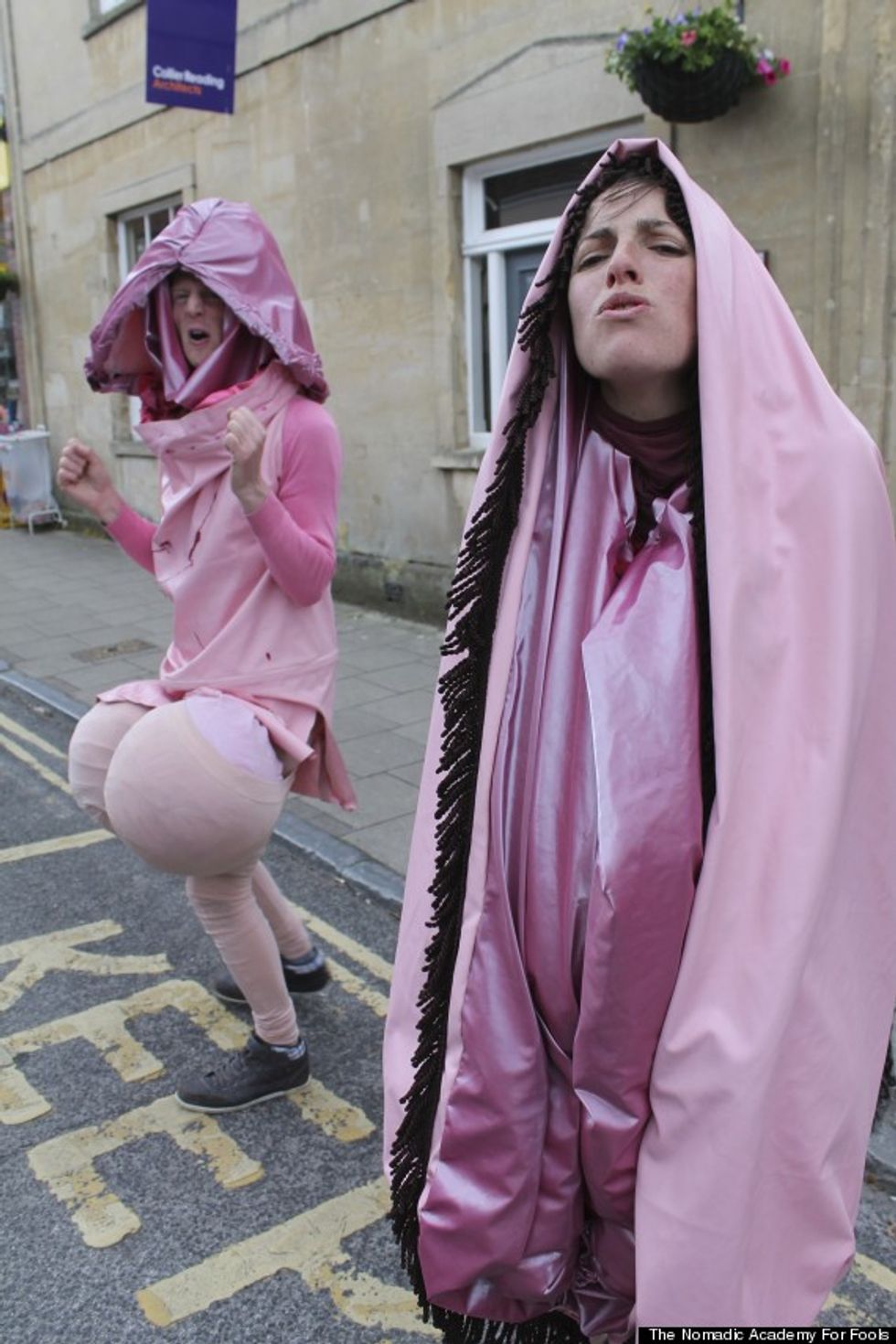 Hey, Wonkers, we have been throwing some pretty grim stuff at you today, so let's round out the day with a "happy ending" of sorts -- how about thisfeel-good story of how a woman came to the assistance of her co-worker and saved him from an assault by an angry stranger? And even better, they were both dressed as genitalia when it all, uh, went down. A round of applause, please, for your nice-time superhero of the day, Joanne Tremarco, and her freaky vagina costume of great justice!

Tremarco and her colleague Chris Murray, who was dressed as a big pink penis, were performing some damn "street theater" foolishness in Glastonbury, Somerset, in the alleged country of Great England. It was almost certainly too twee for words, but that does not justify the ungentlemanly reaction of a passerby who was offended by Murray's costume, and began yelling at him:

“He started shouting at me, saying it was disgusting and children could see us,” Murray recalled. “I could tell by his body language that he was really angry. I tried to calm him down, I wasn’t looking for a fight; but he grabbed my hat, tore it off and chucked it on the pavement.”

Oh, what sad times are these when passing ruffians can chuck innocent penis hats upon the paving stones! Tremarco sprang into action, calming the situation with soothing vagina superpowers and rescuing the fake penis from a real dick. A bystander had called police, but the anthropomorphic naughty bits players elected not to press charges.

The police also told Tremarco and Murray to take off their costumes or risk arrest, in what may be the first known instance of someone avoiding indecent exposure charges by removing their clothes. Their group, the Nomadic Academy of Fools, agreed to no longer wear the oversized genitalia costumes in public. The police also removed flyers for the group's current plays, titled Women who Wank and The Penis Monologues.

There is also a video of Tremarco and Murray walking around and being artsy and shit, but we will not embed it here, because frankly, it's just sort of embarrassing. Murray doesn't make us think "penis" so much as he makes us want to go read some Terry Pratchett, because if the dude could grow a scraggly beard, he'd make a pretty good Rincewind the Wizzard. And Tremarco? We'd rather just think of her as the Vagina of Vengeance.