Nice Time: Barack Obama Will Get Vets Jobs And Stop Global Warming All At Once 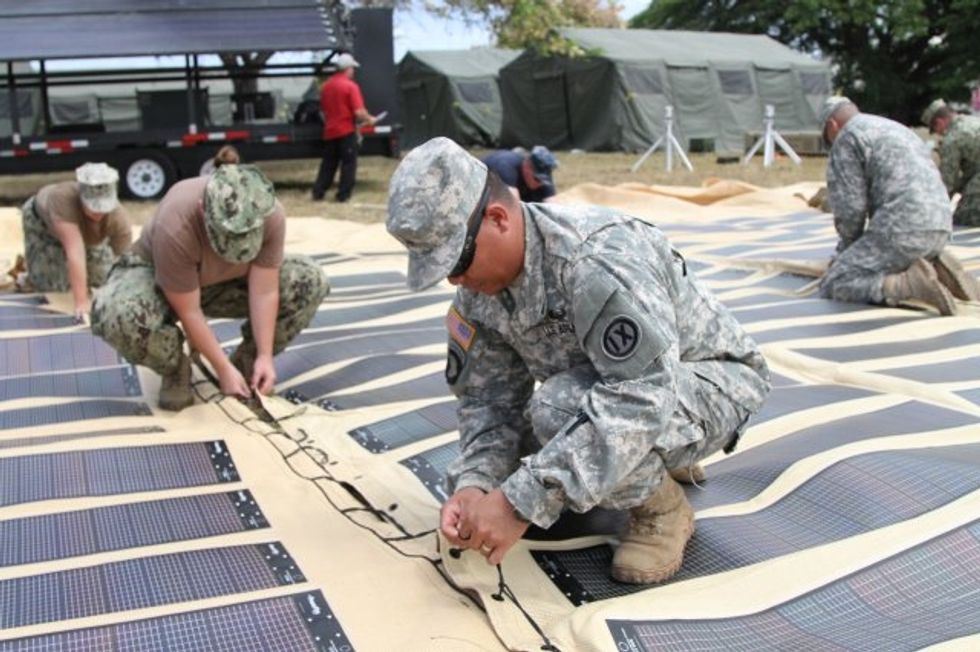 Just to remind people that he is in fact a hippie greenie liberal who likes to stimulate the economy whether the economy is in the mood or not, Barack Obama is moving forward with a program to train 50,000 veterans for solar energy jobs. This is some kind of liberal wet dream, combining a couple of things that Republicans have relentlessly blocked: it's a jobs program (ugh) that promotes green energy (ugh!) and prepares people for an economy that's less dependent on fossil fuels (not that; drill baby drill!).

Now all the initiative needs to do is have the vets install those solar panels on a gay wedding chapel/abortionplex, and we'll change the Constitution to give Barry Bamz a third term (don't worry about the slog of a constitutional amendment, though, since we hear he's going to declare martial law and cancel all future elections anyway).

The job-training program is part of a wider initiative to promote green energy and cut reliance on fuels that create greenhouse gases. In addition to the solar job training, other executive-branch agencies will undertake green efforts in their areas of operations:

Now, if you were a fuzzy-headed liberal, you might get the impression that this is more support for the idea that a shift away from fossil fuels could actually be good for the economy, instead of a disaster, but you would only say that if you didn't have a keen understanding of how vital your oil and gas campaign contributions are. So get ready for another round of crying about green communism and accusations that Barack Obama is tampering with the economy. Oh, sure, solar industry jobs grew nationwide last year and appear to be on track to continue to expand, but is training people to install solar arrays really a good idea when there's likely to be a change of climate in Congress in just a couple of weeks? Climate change may be "real," but if the Senate goes Republican, chances are good that global warming will be officially declared not a thing, and all those vets will be left wishing they had gotten into oil or "clean" coal, now won't they?