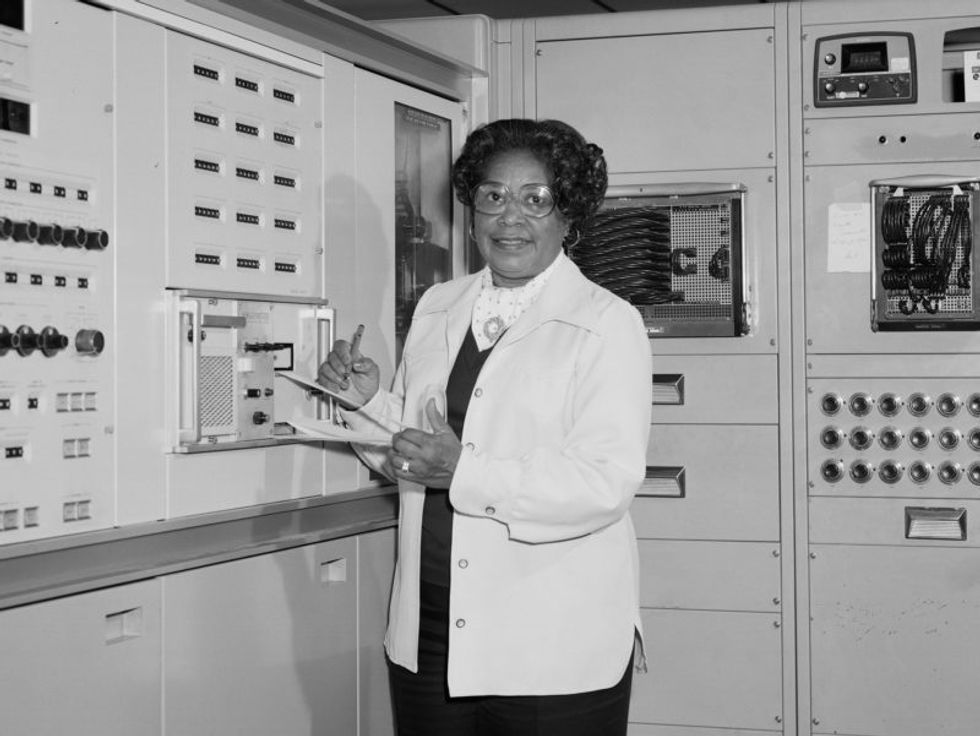 Jackson Elementary School is Salt Lake City's oldest elementary school; it was founded in 1883, although the photos we've seen online look considerably newer. Since roughly 85 percent of the K-6 school's population are students of color, the school board has been considering a name change for some time, from "Andrew Jackson Elementary" to something else, because there's the whole slavery thing and the genocidal Trail of Tears against the Cherokee tribe. The idea of honoring that man just rubbed a lot of students and their parents the wrong way, as the Salt Lake Tribune points out:

Kiana Phillips was working on an “All About Me” assignment last year at Jackson Elementary in Salt Lake City when she learned that her aunt had traced their family back to slaves from north Africa.

Suddenly the sign above her school door felt personal.

Andrew Jackson owned nine people when he bought his Nashville plantation, the Hermitage; within 25 years, his slaves numbered more than 100.

“It kind of surprised me when I learned that he was a really bad person,” Phillips said. “I didn’t know they would name a school after someone like that.”

As you continue to study history, Kiana, you'll learn that lots of people in the past were idiots who were willing to overlook a little genocide if someone was a military hero. People are still idiots today, but lots of smart adults -- and smart 6th-graders -- are working to change that.

Last week, the Salt Lake City school board voted to rename Jackson Elementary after Mary Jackson, the first black woman to work at NASA as an engineer. She actually began working as a "computer" -- the mathematical kind -- at Langley Memorial Aeronautical Laboratory in Virginia, working out the math around supersonic flight in wind tunnel simulations, even before there was such a thing as NASA. Her story was dramatized in the movie Hidden Figures, which we'll assume most kids at Mary Jackson Elementary have seen by now. (We couldn't tell whether the school in recent years has included the "Andrew" in its correspondence -- looks like it didn't -- but "Mary Jackson Elementary School" is now proudly listed on the school's website (Home of the Cougars).

The name change was, to say the least, popular:

It passed unanimously, to a standing ovation from parents, diversity advocates and other community members gathered at the meeting.

“We just thought it would be good to have a school that honored somebody I could tell my children to look up to,” said Neal Patwari, chair of the school’s community council.

During the year-long process of seeking public opinion, written comments on the proposal ran 73 percent in favor of a name change. And it doesn't appear that any sad losers waving (completely anachronistic) Confederate flags showed up to complain that the school board was exactly like ISIS. A fifth-grader who led a student committee on the issue, Andrei Olivo, explained the problem with Andrew Jackson to the Salt Lake Tribune with the frankness you'd expect from a fifth-grader:

Those brackets make us wonder -- did Andrei say "Adolf [wrong last name]" or just "a school called Adolf," which is actually kind of charming?

Incidentally, just in case anyone out there is weeping bitter tears at a modern school board's thoughtless, politically correct to erase a proud heritage of honoring the great achievements of Andrew Jackson, it turns out the original name was chosen almost arbitrarily:

The committee reviewed meeting minutes from the 1800s that showed the district simply wanted to use a president’s name, and a school board member suggested Andrew Jackson because his own name also was Jackson.

Somewhere in Utah the spirit of Elam Fillmore is feeling vindicated at last.

The school is now looking forward to a formal renaming ceremony later this year, and has reached out to Mary Jackson's family to invite them to participate; the school board also called for a permanent display in her honor to be placed in the school.

We would link to the people whining at Breitbart about how this is a shocking display of Cultural Marxism, but this is a Nice Time post, so if they want to go name something after Andrew Jackson, they can do that a few hours after their next heavy meal.

Yr Wonkette is supported by reader donations. Please click here to keep our computers running. The mice get tired now and then.