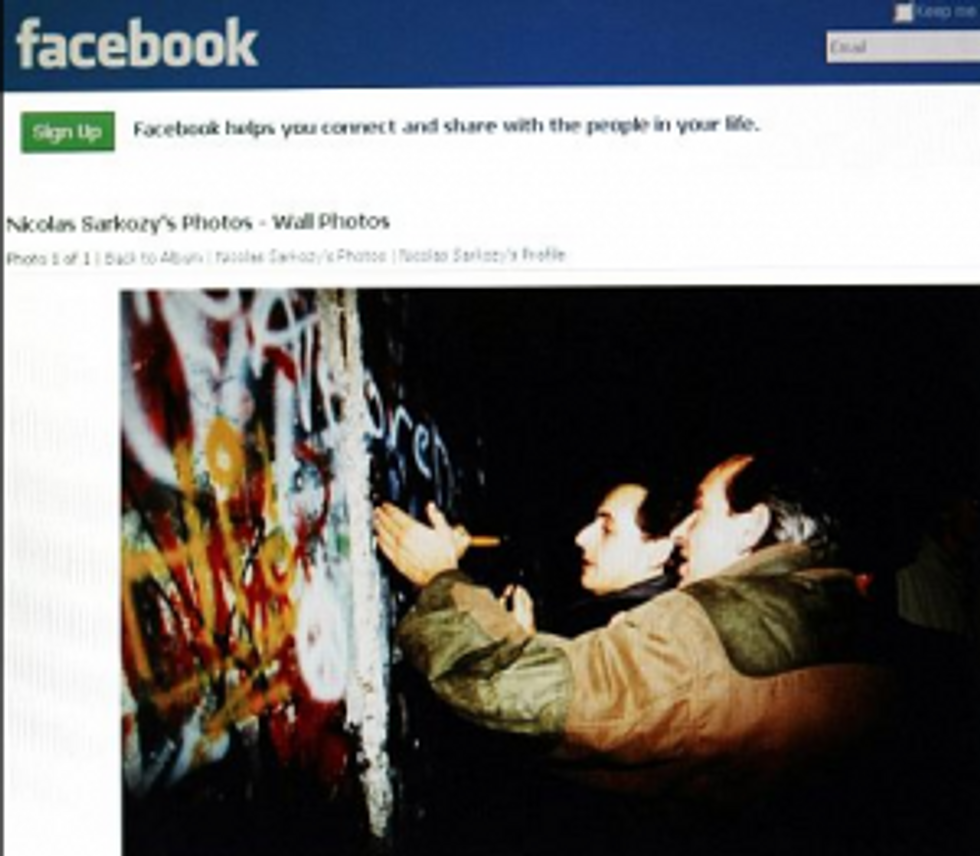 Here is your annual bit of foreign news from the foreign country of France! France's "President"—think: the equivalent of America's "minority whip"—Nicolas Sarkozy posted a Facebook photo on his French Facebook in which he is shown personally destroying the Berlin Wall with a Nicolas Sarkozy-sized ax. Except according to historical evidence dating back to November 9th, 1989 A.D., Sarkozy was actually in Paris at the time. According to European-style geography, it would have been impossible for Sarkozy to be both in Paris and also knocking down the Berlin Wall, located in Berlin.

In 1989, Sarkozy was 34 and a top official in France's conservative RPR party.

As such, his movements were already being well-documented - a fact which appears to have escaped his memory.

Even without the council records, critics have attacked his story as dubious.

For a start his claim that he ‘decided to leave Paris’ on the morning of November 9th 1989 because he wanted ‘to take part in the event which was looming’ sounded unlikely.

Journalist Alain Aufray, of Liberation newspaper, said : ‘Nobody in Paris, not even in Berlin, could tell that the Wall was going to fall...

‘Radios and televisions in West Germany had began to describe what was happening at 8pm... It was not until 11pm that Berliners in the west began to gather infront of the border.’

By this time, Sarkozy says he was already attacking the Wall, along with Alain Juppe, another future convervative prime minister, and Fillon.

Anyway, has anyone ever told the truth about anything on Facebook? This is the same guy who also says he's "married to" Carla Bruni.