No Big, Poultry Workers Just Have To Wear Diapers Because No Bathroom Breaks Allowed 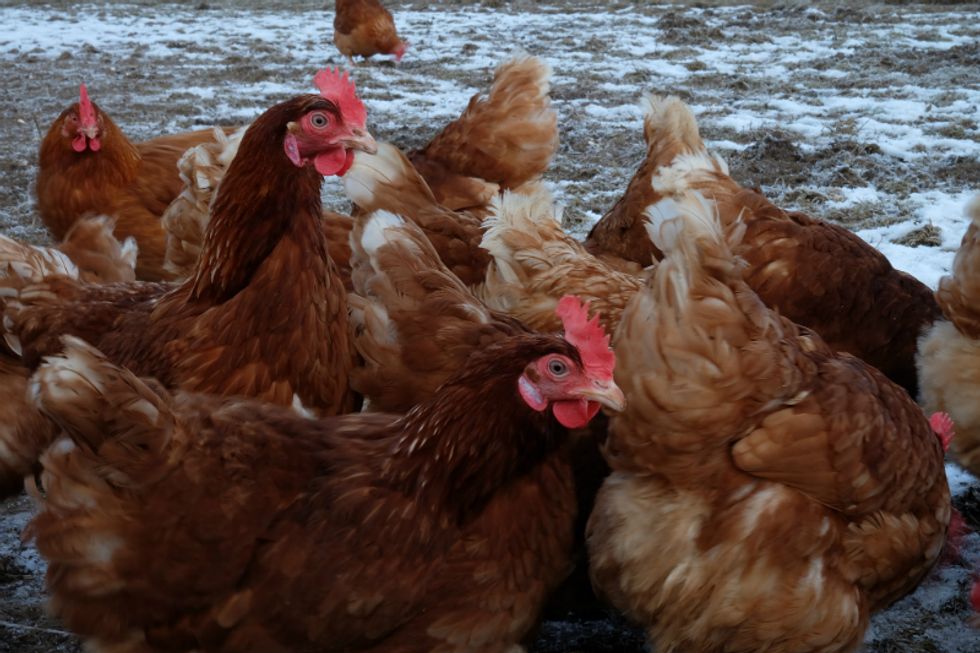 Via FlickrHey, feel like being horrified and utterly despairing of the belief that human decency exists today? Well, tough, 'cause now you're gonna be.

A new, unbelievably awful report from Oxfam sketches out just how bad labor conditions are in America for poultry workers. Oh, you thought only Southeast Asian seafood workers had it bad? Not so much! It turns out what happens when you reduce worker protections and labor laws in America -- or just turn a blind eye and not bother to enforce them -- is some truly messed-up shit.

How messed up? Oh, y'know. Not anything major. Just employees being threatened with punishment for taking too many bathroom breaks/taking too long to pee. Two workers at Tyson plants reported incidents of supervisors telling them to eat and drink less so they wouldn't have to use the bathroom so often, and many workers wearing diapers on the line. This makes sense, since there are recorded incidents of poultry workers being forced to wait so long they actually messed themselves. They weren't allowed to go change afterwards, of course; that would be inefficient. Instead, they had to then work in 40-degree temperatures while covered in piss.

There's also an EEOC lawsuit against Koch Foods in Mississippi (not those Kochs, though, we checked -- the company is owned by Joseph Grendys, which is ABSOLUTELY a supervillain name) for actually charging workers to use the restroom. Oh, also the company routinely allowed one supervisor to sexually harass and sexually assault female Hispanic workers, and to physically assault male Hispanic workers. But tell us again how Mexicans are the violent rapists, Donald Trump.

We talk a lot about the problems inherent in the factory farming industry -- antibiotic resistance, animal cruelty, etc. But it's worth remembering there's a specific human cost to the issue, too, and workers in those industries are subject to the type of mistreatment which might give a 19th century robber baron pause. Here's to hoping every single person involved in this type of worker mistreatment dies of syphilis-induced madness and gets sent to their own very special level of hell.