If you scanned the mainstream media (aka "Fake News!") last week, you might think the cure for AIDS had arrived. Well, I hate to be a Downer Debbie, but nopety nope, it has not. What DID happen is that at this year's annual Conference on Retroviruses and Opportunistic Infections (think ComiCon but with virus photos and EVERYONE'S costume is "hung over scientist in rumpled suit") it was announced that one more HIV-infected individual appears free of the virus. He's been with undetectable (notice I didn't say "virus free") HIV for 18 months which is the longest since Timothy Ray Brown, aka the "Berlin patient," now considered cured for over 10 years. So now, this patient is being called the "London patient" for reasons you can figure out on your own, you clever pendejos. He may well be cured, but 18 months is too short to know for sure. In the cancer world, we consider someone cured after five years. The analogy is a pretty good one because while you can wipe out the HIV virus to undetectable levels, you could have virus hiding out in very small numbers in some organ and not really venturing much into the blood stream (so the test wouldn't find it) until for some reason the virus explodes in numbers again and BOOM you detect a bunch of it. In cancer that's like removing the tumor, but some tumor cells remain that you can't detect until they regrow into a new tumor. After five years we figure they're gone. Same with HIV. Berlin patient IS cured (yay!) but it's too soon to tell for London dude. And before I get to why the approach that worked for them won't be used but for select few folks, let's do a quick history lesson on HIV and AIDS. 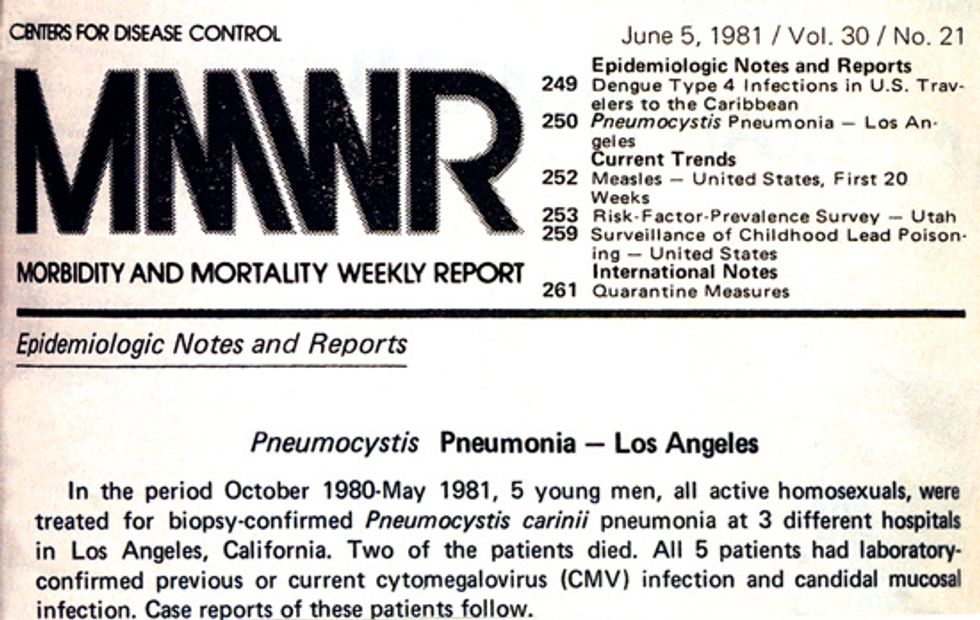 It started in 1981 when the CDC published an article about five cases of a very rare lung infection in young gay men. Then, more and more reports came out that summer of odd rare infections and weird cancers … all in gay men. The terms "gay men's pneumonia" and "gay cancer" start occurring as a nation can't imagine what's to come. And you know what came next: years of fighting for research dollars, that asshole Reagan, ACT-UP becoming the first patient-based advocacy group (so many now!), the first anti-virals being approved to current day, where a cocktail of drugs can now help AIDS patients live with a chronic disease, rather than a quick death sentence. Here is an excellent site with a detailed timeline of key events from 1981 to present day and here's another one. 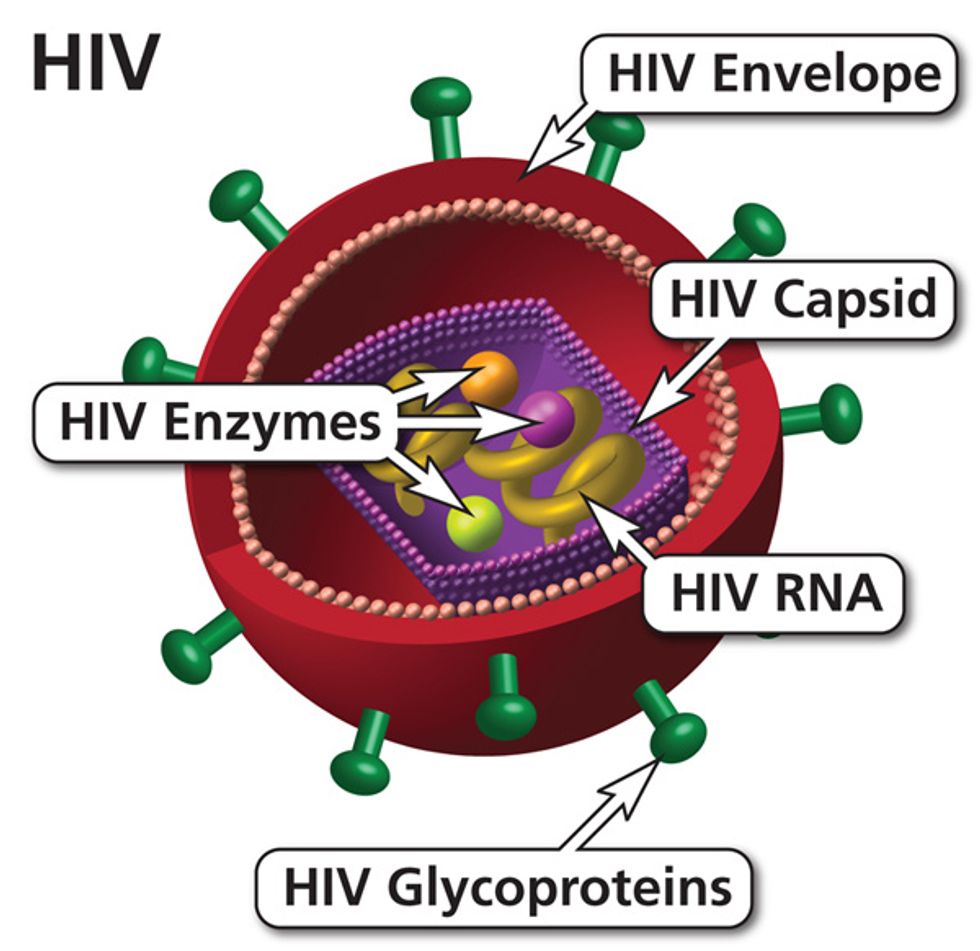 So, what IS HIV versus AIDS? Apologies to those who know, but I meet people who often use them interchangeably and no, don't do that. Human immunodeficiency virus (HIV) is the culprit, the cause, the pendejo that used to always lead to acquired immunodeficiency syndrome (AIDS) but now can take years, if ever, to get there -- and as you now know has been averted in at least one and maybe two people. HIV will attack your immune system, reducing the number of T-cells (aka, badass cells that kill shit) and making it easy for all kinds of bugs to infect you, including really weird ones that normally functioning immune systems squash instantly. There are three stages to HIV infection: 1) the acute period where you first get it and the virus levels skyrocket, you feel VERY sick and you are at greatest risk to infect someone else; 2) clinical latency period where the virus continues to reproduce but at much lower levels and symptoms are nonexistent or mild; 3) AIDS, the final stage where your T-cell counts drop very low and you are susceptible to life-ending infections. Of course, as previously mentioned, with proper antiviral treatment, most HIV positive folks don't progress to AIDS and live nearly normal life spans.

So, why not do whatever worked for the London and Berlin patients, cure everyone and be done with these chronic, antiviral regiments? I'm glad you asked! There is a gene mutation that occurs in about one percent of peeps descended from northern Europeans that gives them a natural immunity to HIV. London patient happened to have Hodgkin lymphoma and his doctor thought the best chance to cure THAT was with a stem cell transplant (aka bone marrow transplant). It just so happened that they had donor cells from a dude that had the HIV immunity mutation! As Napoleon Dynamite might say, "lucky!" However, a stem cell transplant is not some simple procedure you can do on everyone that's HIV positive. You need to find a suitable match, get your immune system nuked via chemo (to lower the chance of a transplant rejection) and then must remain on anti-rejection meds for sometimes long periods of time. Long term side effects can be infertility, cataracts, lung or bone damage, and even cancer. With current anti-viral therapies being so effective, though not without side effects, no one in the science community believes that stem cell transplant will ever be a viable treatment for HIV positive patients, EVEN if it does lead to a cure. However, I personally believe that exploiting the known genetic immunity of those Viking descendants via CRISPR or gene therapy might be a future path for a true cure.

And that's today in HIV/AIDS, and you are welcome.

Wonkette is ad-free and supported only by YOU. Thank you, we love you!

Nazi Suddenly Realizes Being Nazi Bad, Right Before Being Sentenced To Prison

Congressman From 'Hee Haw' BURNIN' DOWN That Georgia Senate Race!

CPAC Speaker Claims Princess Diana MURDERED By Socialized Medicine (Spoiler: She Was Not!)