No, George Voinovich Will Not In Fact Save Everything 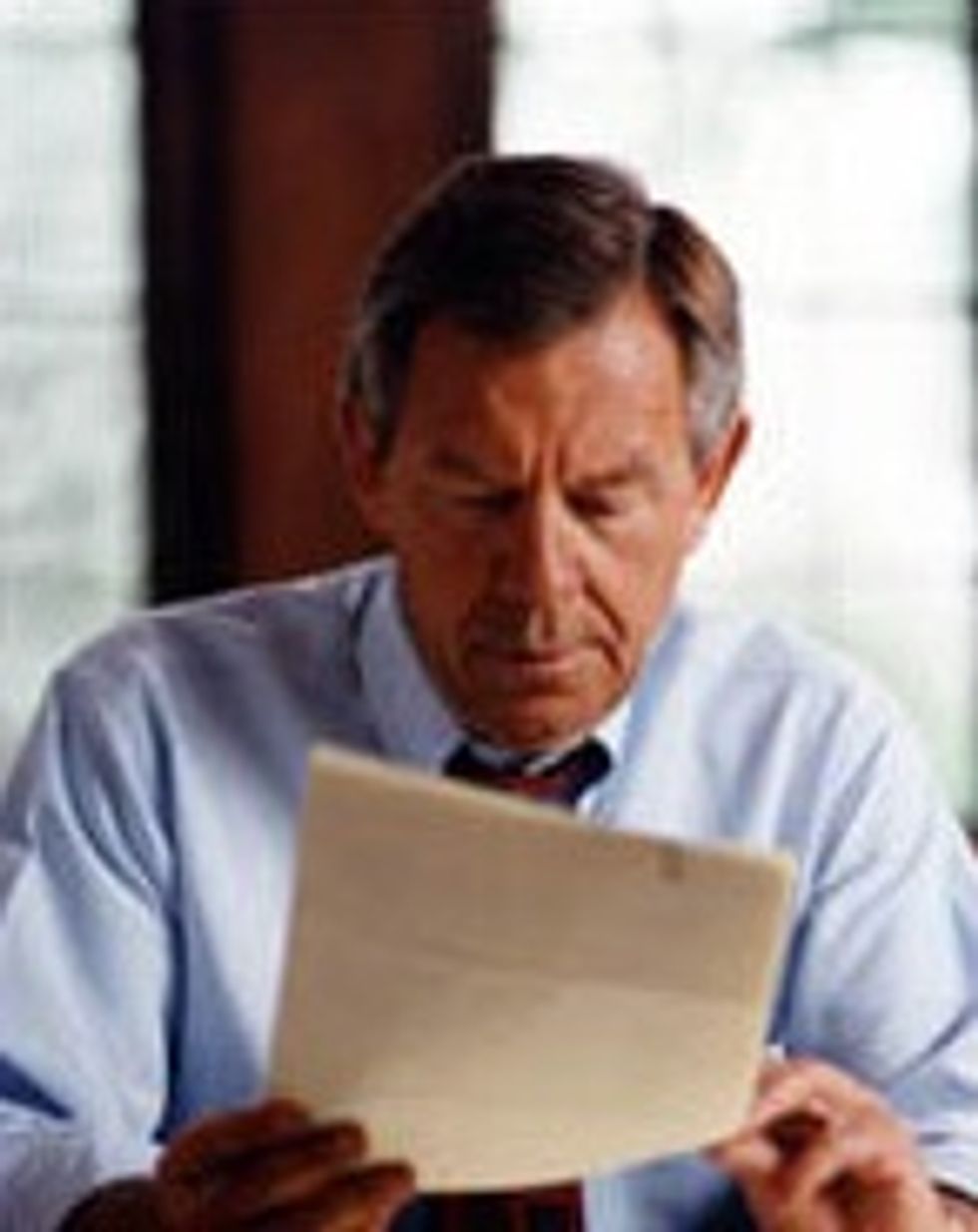 Among the many boring items on Barack Obama's official schedule today was an unexplained 11:30 a.m. meeting with retiring, not-completely-insane Republican Sen. George Voinovich, supposedly about upcoming plans to "lower the national debt." Fiddlesticks. No one cares about some debt or another! It was clearly a covert meeting in which Obama would pay Voinovich various respectful compliments in exchange for him becoming the Brand New 60th Health Care Vote, after Martha Coakley is killed by a curling iron tonight. How very "Chicago politics" of this jester, Barack Obama, hmm? Michelle Malkin knew what was up. And yet...

Sen. George Voinovich, R-Ohio, met with President Obama today at the White House to discuss the national debt, but the main political story of the day, the Massachusetts Senate race, was Topic A when he spoke to reporters.

When asked about the Massachusetts Senate race and the future of health care reform, Voinovich said he is still opposed to the pending legislation.

“That’s out of the question -- I am not a vote for the health care bill, period,” he told reporters.

Eh screw you too then.

Snowe, Collins, Voinovich... that's really it, no? It takes a pretty substantial conservative leap into the next tier of "maybe, on a good day, if the planets are aligned" potentially sane, work-withable Republican senators. Lugar and... [shudder]... Lindsey Graham? (Graham mostly for his homosexuality, which in turn makes him support climate change legislation.)