'No Labels' Is Worst Ever Non-Political-Party Political Party 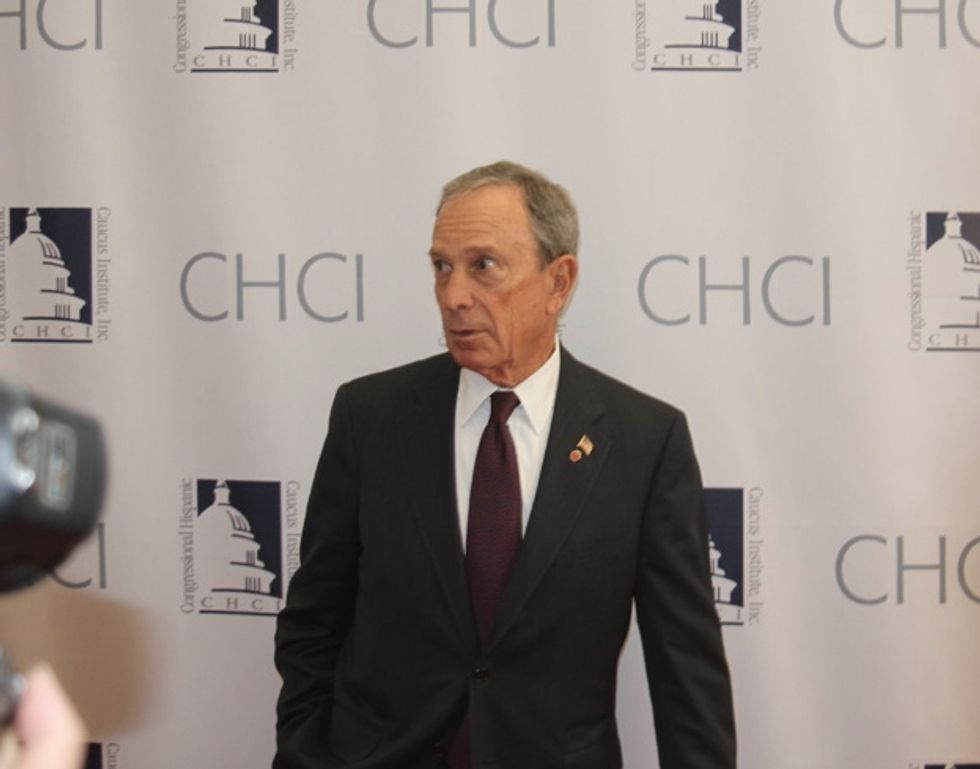 Yesterday, Mike Bloomberg and a motley crew of political failures like Charlie Crist, Mike Castle, and Blanche Lincoln converged for a major political announcement in New York City, which is, of course, our nation's capital, and thus the place you go to make serious political announcements. Their announcement:They had formed "No Labels," a group of politicians and such who don't like partisan politics for one of two reasons: 1. They lost their Republican primary this year, or 2. They're Democrats who either want to seem above their party or are afraid of Republicans. Mainly, everyone present wanted to know if they were a political party. "This is not a political party and I am not running for president," Bloomberg said, basically. Then The New York Times' very own Slate intern Matt Bai said something dumb, and No Labels stole some intellectual property.

For some reason somebody actually went to No Labels' website, and it turns out they stole someone's graphics of giraffes and seals and dogs! Cool! That is certainly a new paradigm!

The newly formed national political organization called No Labels should have perhaps followed the advice of its own name.

The group, which proposes “a new way of looking at politics” to get past partisan gridlock and which recruited Mayor Michael R. Bloomberg and other luminaries to speak at its opening today, has also unveiled its Web site. [...]

If the graphic looks familiar, that’s because it bears a very, very striking resemblance to one that is at least five years old — and belongs to someone else.

And here is Matt Bai saying dumb stuff. He thinks Bloomberg's pointless group of failures portends an opening for a successful third party -- one not made of people working to get people elected, but rather made out of heaps of Internet and Mike Bloomberg's money.

In fact, though, the rise of the independents represents a movement in exactly the opposite direction — away from party organizations altogether.

This isn’t so much a political phenomenon as it is a cultural one. In the last decade or so, the Web has created an increasingly decentralized and customized society, in which a new generation of voters seems less aligned, generally, with large institutions. MoveOn.org and the Tea Party groups, for instance, were born as protests against the establishments of both parties, and they empowered citizens to create their own agendas, rather than relying on any elected leadership.

Matt Bai is dumb. MoveOn.org and the Tea Party groups, for instance, were born as protests against Bill Clinton's long blow-job impeachment process and a scary black liberal president wanting to stimulate the economy and help people get medical care, respectively. They continued as advocacy groups that looked to reinforce or refocus their respective political parties, always fighting any efforts to exist on their own.

In fact, it's now tougher to be an independent, because the political landscape is becoming more polarized, not less. But if these losers really want their own non-political-party political party, they should bring back the slavery issue, the only thing you can argue has ever really caused a shift in party alignment in American history. At the moment, the strident pro-slavery strategy is just sitting there, waiting to be used. Please come out in favor of slavery, Mike Bloomberg. Because the two political parties we have now actually really are fucking awful. [Ben Smith/NYT/NYT]