No, New Hampshire, Scott Brown Will Not Create Jobs For You, Duh 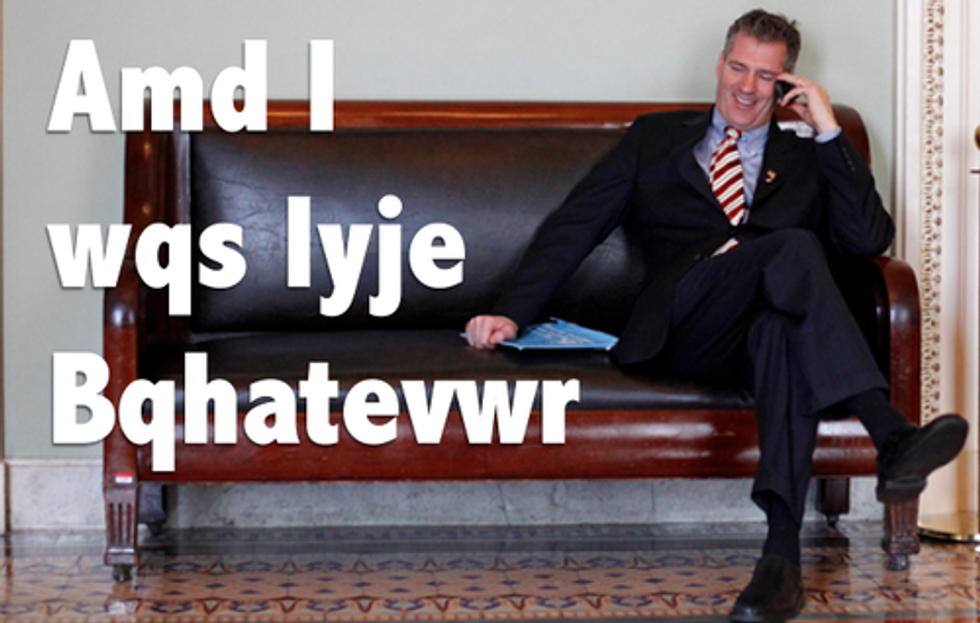 Once upon a time, there was a centerfold named Scott Brown. And he had a truck. And he loved his truck very much. And he also loved his home state of Massachusetts, where he was from and had always been from, almost as much -- so almost as much, he wanted to be a senator from his home state of Massachusetts and go to Washington D.C. and give that evil President Obama what-for and save the Republican Party, hooray! And how was he going to do that, exactly? By, according to Scott Brown, "working each and every day to create jobs in Massachusetts."

It took the voters of Massachusetts, where Scott Brown was from, all of two years to decide they really did not like him one bit, no sir, and they would much prefer Perfesser Elizabeth Warren as their senator, please and thank you. So they fired Scott Brown, who did not create jobs or save the Republican Party. Sad face.

So he decided he would move to New Hampshire, where he was from and had always been from, and try to be its senator instead because surely New Hampshire would appreciate its native son more than Democratic incumbent Jeanne Shaheen, who had actually lived in New Hampshire since before this year. Shaheen is the real carpetbagger, you see, and is basically "the third senator from Massachusetts," unlike Scott Brown, whose "happiest days as a young man were in New Hampshire" and who was born virtually in the state of New Hampshire." True story!

Now Scott Brown, who spent two years in the Senate working EVERY DAY to create jobs in Massachusetts, has a whole new pitch to the voters of New Hampshire, where he is from and has always been from. See if you can spot the difference. It is quite subtle.

Sure, Masshole Sen. Scott Brown might have been all about being a Jobs Creator, but New Hampshire Scott Brown knows that's not his job, don't be ridiculous, if he is sent back to the Senate where Elizabeth Warren can point and laugh at him all day long, he will spend EVERY DAY not creating jobs but instead ... well ... we're not sure actually. Maybe doodling Scott Brown 2016 on his notebook? After all, we hear he's always loved Iowa too, where he's probably also from.