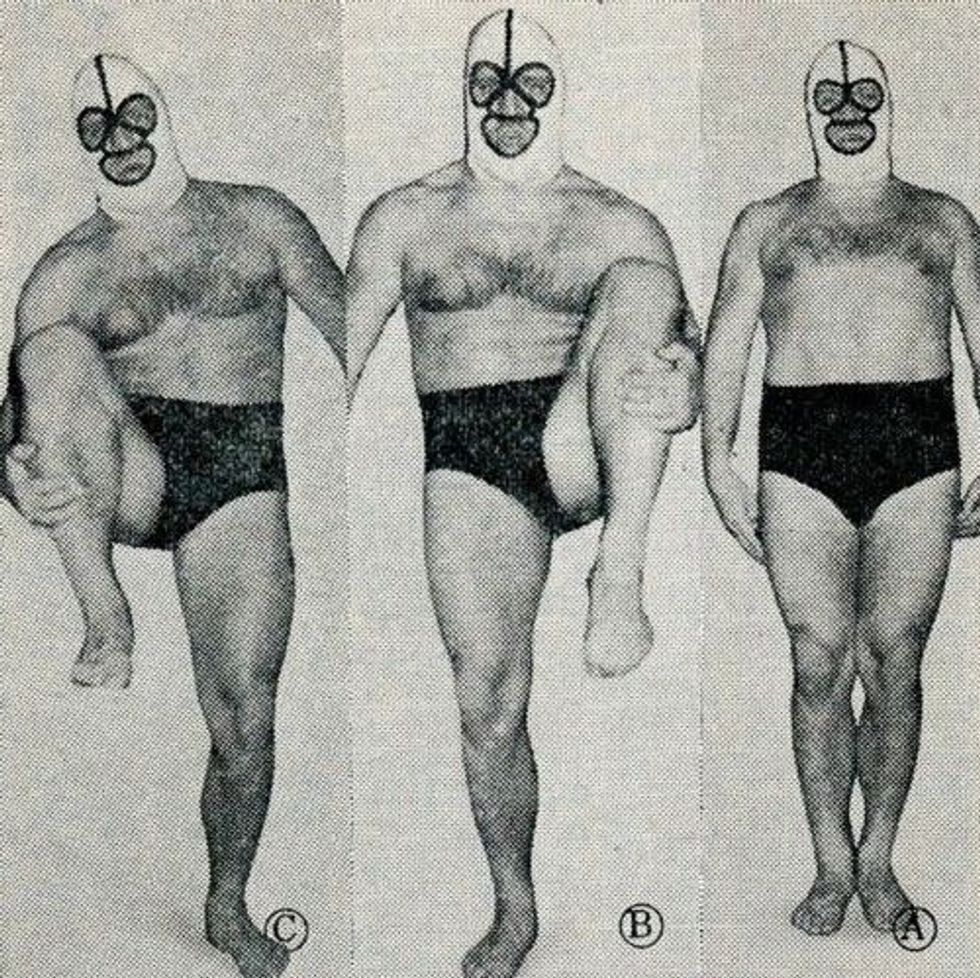 You just can't beat Steve King (R-WTF) for sheer idiocy about climate change. For real, this guy is like the ninja master godking of stupid. You probably have to practice 6 to 8 hours a day to be this dumb. There's likely an extensive training regimen of daily trepanning and lead paint supplements. Only with some serious beefing down of your brain could you deliver a speech where you give a lengthy accentuate the positive routine about how global warming doesn't exist but if it does it is gonna be SO AWESOME BRO.

Now, Steve-o doesn't just go out the gate full steam. Naw mang, he warms up like any real pro should with a little light stretching of ignorance:

Rep. Steve King (R-Iowa) dismissed the concern over global warming, labeling it a "religion" and claiming efforts to address climate change are useless.

"It is not proven, it's not science," King said Tuesday, according to The Messenger of Fort Dodge, Iowa. "It's more of a religion than a science."

We've seen this routine many times before. Now is where the boys of idjut separate from the men of truly spectacularly imbecilic. This is where Steve King THROWS DOWN, YO with a double axel reverse twist round off of witless:

King said he thought environmentalists should focus on the positive aspects of the earth heating up due to more carbon dioxide in the atmosphere, instead of harping on the negatives.

"Everything that might result from a warmer planet is always bad in [environmentalists'] analysis," King said. "There will be more photosynthesis going on if the earth gets warmer. And if sea levels go up four or six inches, I don't know if we'd know that."

We have no idea if more photosynthesis is gooder or badder for Mother Earth, and we suspect Steve King does not either. He threw that word down in the awesomely casual way of a 9th-grader who has to do a book report but hasn't even opened the book but figures he can skate by with a few big words.

OK, so we'll all be photosynthesizing and it will be the best endless summer ever! What else has Steve got up his sleeve?

King suggested that rising sea levels are not a good measurement of the consequences of global warming.

"We don't know where sea level is even, let alone be able to say that it's going to come up an inch globally because some polar ice caps might melt because there's CO2 suspended in the atmosphere," King said.

DAYYYUMMM, SON. King STUCK that motherfucking landing! Sea levels might be rising, but they might not! Perhaps they're just returning to their rightful height and they've been sad hobbit-sized sea levels for the entirety of human history. Seems plausible!

We're going to spend the day playing Candy Crush and staring into space, knowing full well that our mere act of breathing in and out displays a greater intelligence than that found in Steve King.