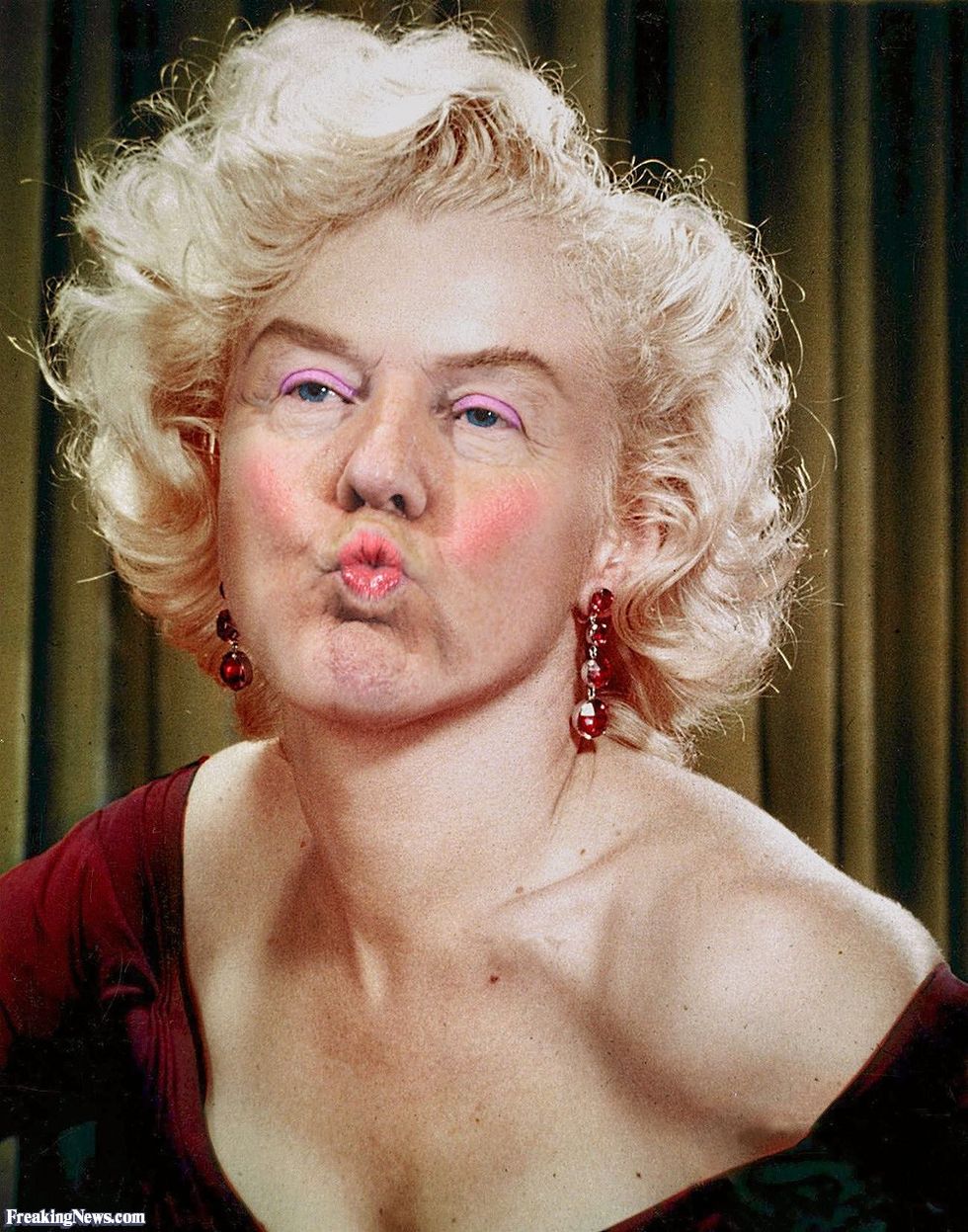 We can only assume it is Vladimir Putin's birthday, since Donald Trump is intent upon delivering America to him wrapped up in a bow. Which is only right considering what Putin gave Donald. God protect us from the inevitable striptease at tonight's SOTU, which Yr Wonkette will not be watching, TYVM.

It's been a hell of a week for Team Treason, and it's only Tuesday. In addition to the Nunes memo fuckery and the House Intelligence Committee declaring a war on the DOJ, the State Department declined to impose any sanctions on Russia for its hacking of the US elections in 2016. That's right, the House and Senate voted 517-5 for a new sanctions plan, and the White House is flatly refusing to enact one. Because there is absolutely, definitely NO COLLUSION.

Yesterday was the deadline for the president to produce a plan, but instead we got a bullshit statement by Rex Tillerson's spokesliar Heather Nauert claiming that the vote itself was scary enough, and surely those Russians will go forth and sin no more.

Today, we have informed Congress that this legislation and its implementation are deterring Russian defense sales. Since the enactment of the [...] legislation, we estimate that foreign governments have abandoned planned or announced purchases of several billion dollars in Russian defense acquisitions.

LADY! Just yesterday a tanker full of Russian gas sailed into Boston Harbor. What the fuck are you talking about? Are you going to sanction them or not?

From that perspective, if the law is working, sanctions on specific entities or individuals will not need to be imposed because the legislation is, in fact, serving as a deterrent.

That's very reassuring the day after a Russian jet came within 5 feet of a US Navy plane and CIA Director Mike Pompeo warned that Russia was actively working to disrupt the 2018 midterms. We probably shouldn't be surprised after President Art of the Deal gave the Russians back their spy lair in exchange for NOTHING. And yet we are shocked, continually and every single goddamn day of this administration.

The State Department did manage to cobble together a list of naughty billionaire Russians connected to the Kremlin. And by cobble together, we mean they copied the Kremlin's published list of top staffers and then alphabetized an article on 96 Russian oligarchs from Forbes Magazine. They really are the laziest, most pig ignorant bastards on the planet.

Naturally, Putin flacks immediately set about jumping up and down decrying "political paranoia" in America, while their trollbots flogged the Nunes memo on Twitter. And then they murdered irony Kremlin-style, poisoning it with polonium, throwing it out a window, and having the coroner write "car accident" on the death certificate. Via WaPo,

“We really do believe that this is a direct and obvious attempt to time some steps to coincide with the election in order to exert influence on it,” Kremlin spokesman Dmitry Peskov told reporters Monday.