Nobody Thinks Barack Obama and John Boehner Will Be Friends 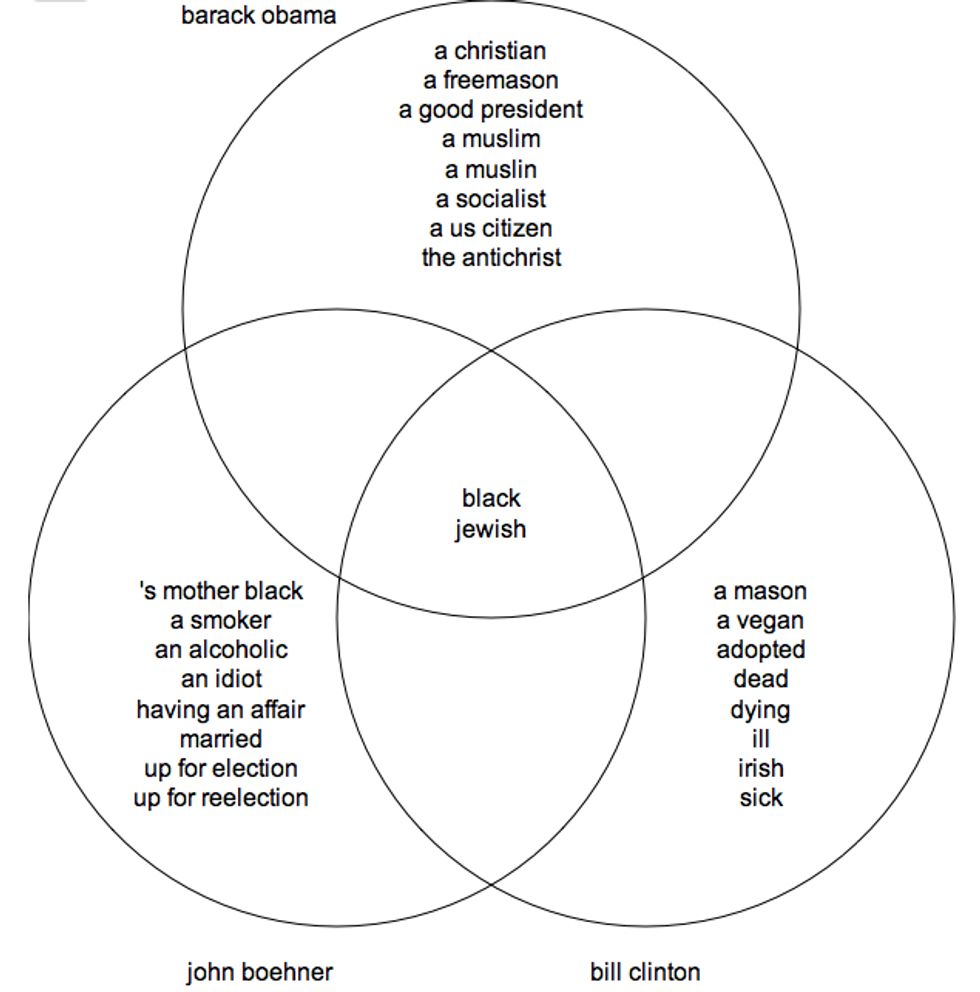 Barack Obama and John Boehner are going to have to work with one another if they want to get any sort of legislation passed in the next two years. The problem is that one of those two people probably wants to get stuff passed, but that second guy would rather get drunk on the reg and cover himself in orange paint on the reg. The New York Timesasked some people around Washington if these two guys will ever hang out and get things done like Tip O'Neill and Ronald Reagan or Newt Gingrich and Bill Clinton did, and everyone basically said no. But with the power of the Internet, we made the Venn diagram above, based on Google Suggest data. According to search-engine users, Barack Obama, John Boehner, and Bill Clinton are black and Jewish. So at least they have that in common!

Mr. Clinton and Mr. Gingrich could spend hours in policy discussions. In the 1980s, President Ronald Reagan and Speaker Thomas P. O’Neill Jr. shared evening drinks and Irish storytelling. So far, at least, Mr. Obama and Mr. Boehner have spent virtually no time together and have made little effort to forge a bond. Aides said they could not recall a single one-on-one meeting or substantive phone call.

But look at those Google searches! John Boehner's mom is black. Barack Obama is a freemason muslin antichrist. These are interesting guys! They will have plenty to talk about. [NYT]