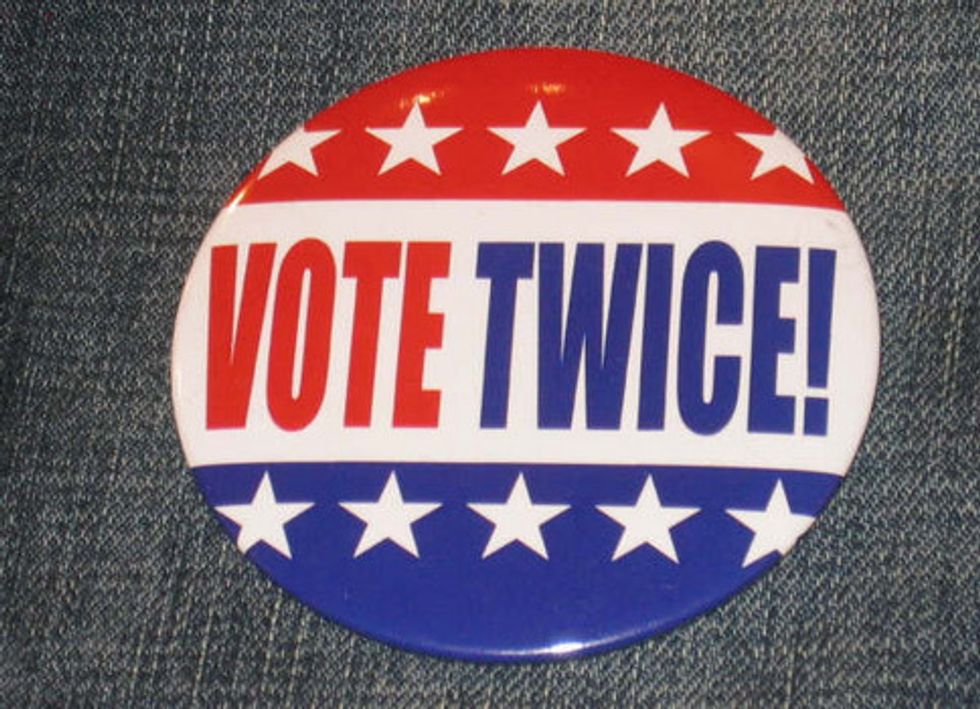 Are you still worried that Colorado is a hotbed of voter fraud? You're supposed to be, according to convicted criminal "journalist" James O'Keefe, who went there to prove that Democrats are totally stealing all the ballots. (Spoiler: He did not prove that.) And there's also been some Olympic-level concern trolling by Colorado's Republican Secretary of State Scott Gessler, who insisted that the United States Postal Service is "the greatest vehicle for disenfranchisement in the country."

Wow, that sure does sound horrible. And since no state has ever used mail-in voting before, except for all the states who have, including Colorado, it's just so obvious that the liberals are totally going to steal Colorado's election because of how it is just so easy to do that.

Except for maybe not?

But perception hasn't been reality, according to election officials on both sides of the deep political divide who report only a routine percentage of challenged signatures, undeliverable ballots and reports of alleged shenanigans.

Oh, but that's just liberal claptrap. Certainly all the Republicans in Colorado know the real truth. Like this county clerk, who is a Republican and president of the Colorado County Clerks Association. Surely she can explain to us how the whole thing is rigged.

Mesa County Clerk Sheila Reiner said the lack of actual trouble is largely because voting by mail is nothing new. It's been an option for Colorado voters since 1992. And in the 2012 general election, 73 percent of Coloradans cast mail ballots.

So, wait a minute? Even a Republican in Colorado is suggesting that the hysteria over voter fraud is not well-founded in reality? Absurd! Just because Colorado voters have been voting this way since 1992 is no reason not to believe that it could be a real problem this year. Heck, President Obama carried the state in 2012, and there's no explanation for that except for voter fraud. Which is why no Republicans have won any races in Colorado since they started voting by mail more than two decades ago. Because it's just so easy to Xerox some ballots and fix the election, with no county clerks the wiser.

But clerks note that each ballot is screened to make sure the signatures match voter registration records. And so far the numbers of signatures that have been flagged by election judges as incorrect matches are roughly the same as they were in the 2012 general election in El Paso, Denver, Mesa and Pueblo counties checked by The Denver Post on Friday.

In Denver County, flagged signatures account for about 1 percent of ballots turned in, said Alton Dillard, spokesman for the clerk and recorder's office.

You might think one percent sounds like a small number, but it still proves ... something! Like maybe how voter fraud by mail is not quite the issue conservatives want us to think it is? Nah, that couldn't be it.

Obviously, all the county clerks -- including the Republicans -- are in on the scam to rig Colorado's election, which is why on Election Day, you can expect to see every single Democrat win in that state. No, really. And in case you're worried that's not going to happen, here is your complete guide to frauding the vote. Just to be sure.