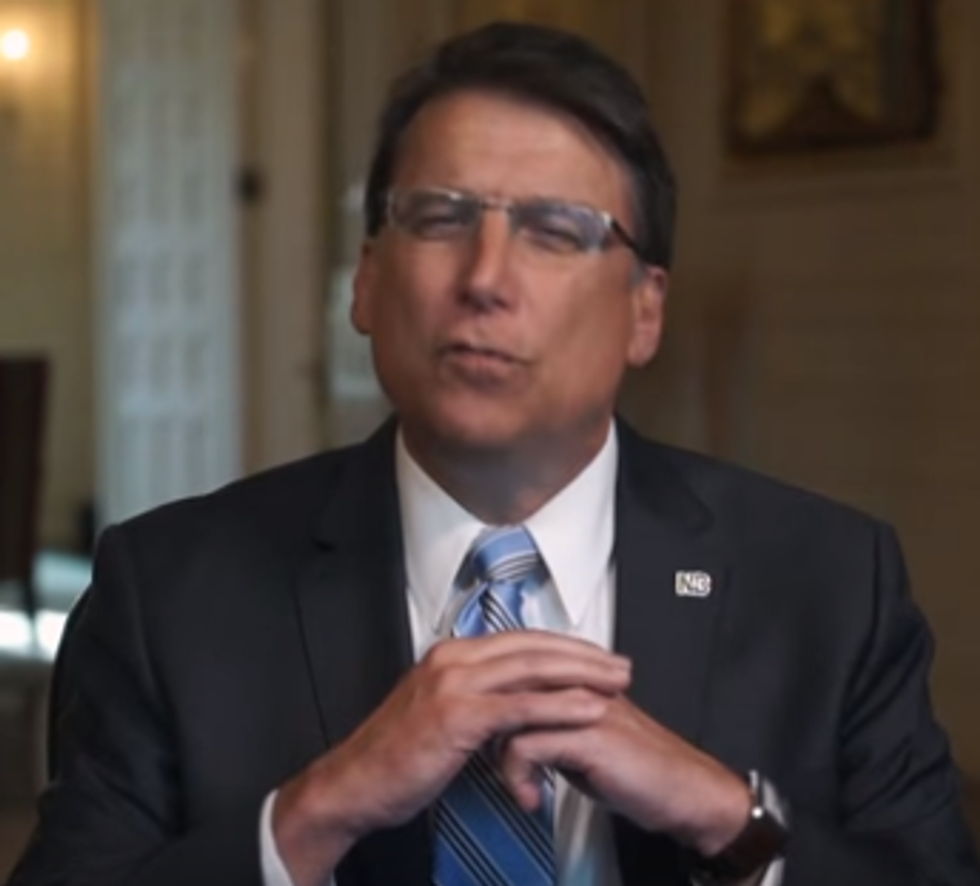 Somebody's brain is broken and it is this guy's brain.

Gov. McCrory has issued an executive order amending HB 2, and surprise, it is kind of bullshit. Let's look at the press release to see what it do and what it don't do:

Wow. He is STILL having an explosion of butthurt, whining about "selective outrage and hypocrisy." Like, if you could make fireworks out of butthurt, it would be the Fourth Of July in his butthole region right now.

[wonkbar]<a href="http://wonkette.com/600110/these-dudes-cant-wait-to-pee-next-to-your-wife"></a>[/wonkbar]But reading that press release, we see that the executive order (read it all here; it's a bunch of "whereas" folllowed by total bullshit) doesn't "fix" the part about how transgender dudes are now mandated by law to make whiz-craps next to YOUR WIVES AND DAUGHTERS. (Fact.) It doesn't "fix" the part about how HB 2 overrides local LGBT anti-discrimination protections. It just does two little things, adding protections for state employees and gently asking for legislation to let people sue if they've been discriminated against.

[T]he executive order “affirms the private sector and local governments’ right to establish non-discrimination employment policies for its own employees” -- but this, too, fails to address the actual problem created by the bill. HB2 voided citywide nondiscrimination ordinances covering all employees within the city, not just government workers. In fact, the bill explicitly allowed cities to maintain previous policies regarding municipal workers. So this portion of McCrory's order changes absolutely nothing.

AND SO ARE WE.