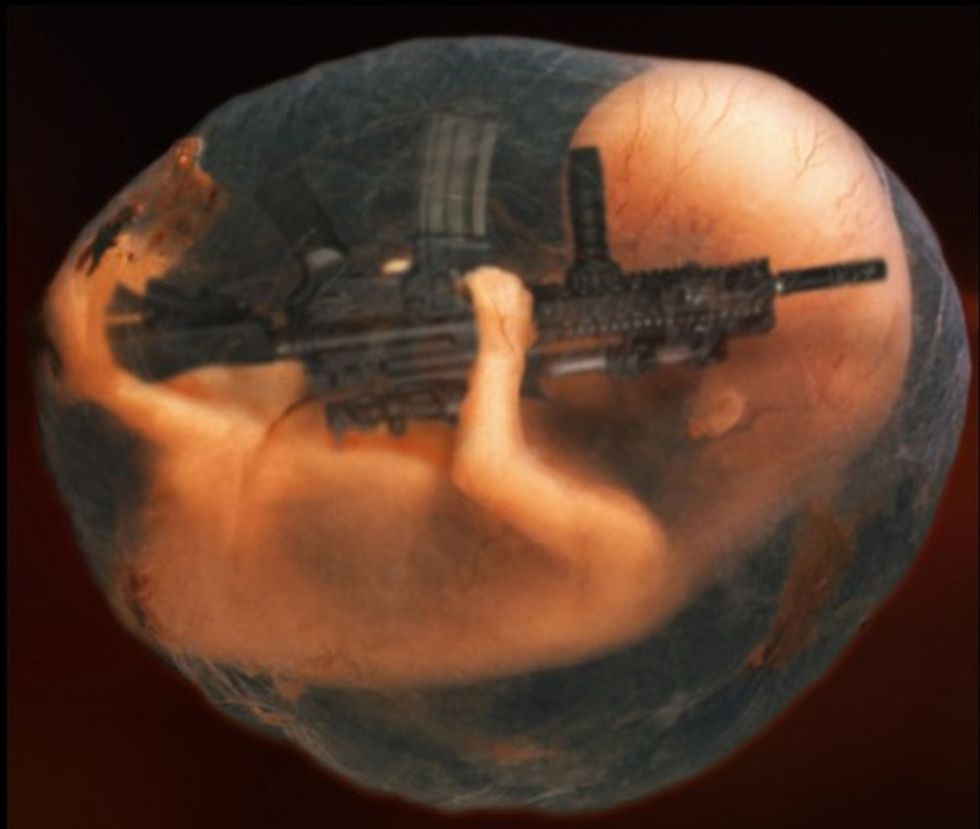 Wonkotans, have you been contemplating a trip to beautiful North Dakota? Perhaps kicking around the idea of settling there, what with their oil boom and all? You could get in and make money for a couple years before everything crashes and you become a meth addict that works at the Quik Stop! Good times. Before you pack up and move, Joad-like, to the great midwest, you may first want to ensure that you are utterly unable to get pregnant, or, if you are a manly sort, utterly unable to knock a lady up, because no abortionsnever no more:

North Dakota lawmakers voted on Friday afternoon to pass a “personhood” abortion ban, which would endow fertilized eggs with all the rights of U.S. citizens and effectively outlaw abortion. The measure, which passed the Senate last month, passed the House by a 57-35 vote and now heads to a ballot vote, likely in the next November election.

A personhood ban could have far-reaching consequences even beyond abortion care, since it will charge doctors who damage embryos with criminal negligence. Doctors in the state say it will also prevent them from performing in vitro fertilization, and some medical professionals have vowed to leave the state if it is signed into law.

Urmmmm...beyond the enticing spectacle of "all the rights of U.S. citizens" including allowing the fetuses to vote and own guns, we cannot think of one thing that is tolerable about this law. In fact, we're racing right past tolerable and going straight past terrible and right on to JESUS FUCK WHAT IS WRONG WITH YOU PEOPLE? Your doctors will leave! You cannot go through really expensive and time-consuming ways to make babies if you are unable to make them the good old-fashioned way in the back of a pickup, just like your mom and dad. You will be completely fucked. It is so mind-numbingly stupid to do this that even Republicans in the state think it is dumb:

A group of GOP state lawmakers in North Dakota will protest new abortion restrictions on Monday at a Stand Up for Women rally in Bismarck, N.D., because they believe their fellow Republicans have gone too far.

"It's to say, hey, this isn't okay. We have stepped over the line," said state Rep. Kathy Hawken (R-Fargo) in a phone interview with The Huffington Post. "One of the key tenets of the Republican Party is personal responsibility. I'm personally pro-life, but I vote pro-choice, because you can't make that decision for anyone else. You just can't.

North Dakota you are driving Republicans - REPUBLICANS!!! -  to attend this rally, which looks liebrul as fuck and has the obligatory "Rosie the Riveter" graphic that is required by law for all mainstream feminist rallies. You are making Republicans attend a rally that has a facebook page with Lorax pictures!! Do you really want to make Republicans do this? Do you really want Republicans at your next liebrul protest? OF COURSE NOT. They bring with them the risk of scooters and tri-cornered hats.