Dennis Rodman, no stranger to North Korea, is best friends with Kim Jong-un and very loyal to his despotic compadre Donald Trump too. Apparently it was up to Rodman to play the role of an emotional citizen of North Korea, or maybe US Ambassador to North Korea, when he went on CNN to discuss the strange summit held in Singapore. Bravely fighting back tears of gratitude for OUR Dear Leader Trump, Rodman came equipped with his MAGA hat and a T-Shirt from his sponsor PotCoin (HE IS NOT IN THIS FOR MONEY!) and proceeded to natter on about World Policy. Yay.

I spent quite a bit of time last evening periodically vacillating between launching myself at various people on TV to eat their faces off for fawning at this faux summit, and attempting not to drink booze. I was only successful at one of those things, dear readers, and luckily for Rodman, it was the eating faces thing I held myself back from. How did I manage such a feat of strength? Alcohol. Because, I will be frank, I would have much preferred to eat a whole bunch of stupid faces smiling with shiny-eyed praise for Trump's magnificent leadership.

Of course you are now wondering, what did Rodman say that caused Wonderbitch to go into "launch-mode" and for CNN to play those idiotic clips of Rodman and his crumpled snot-rag with his face looking like a common John Boehner? 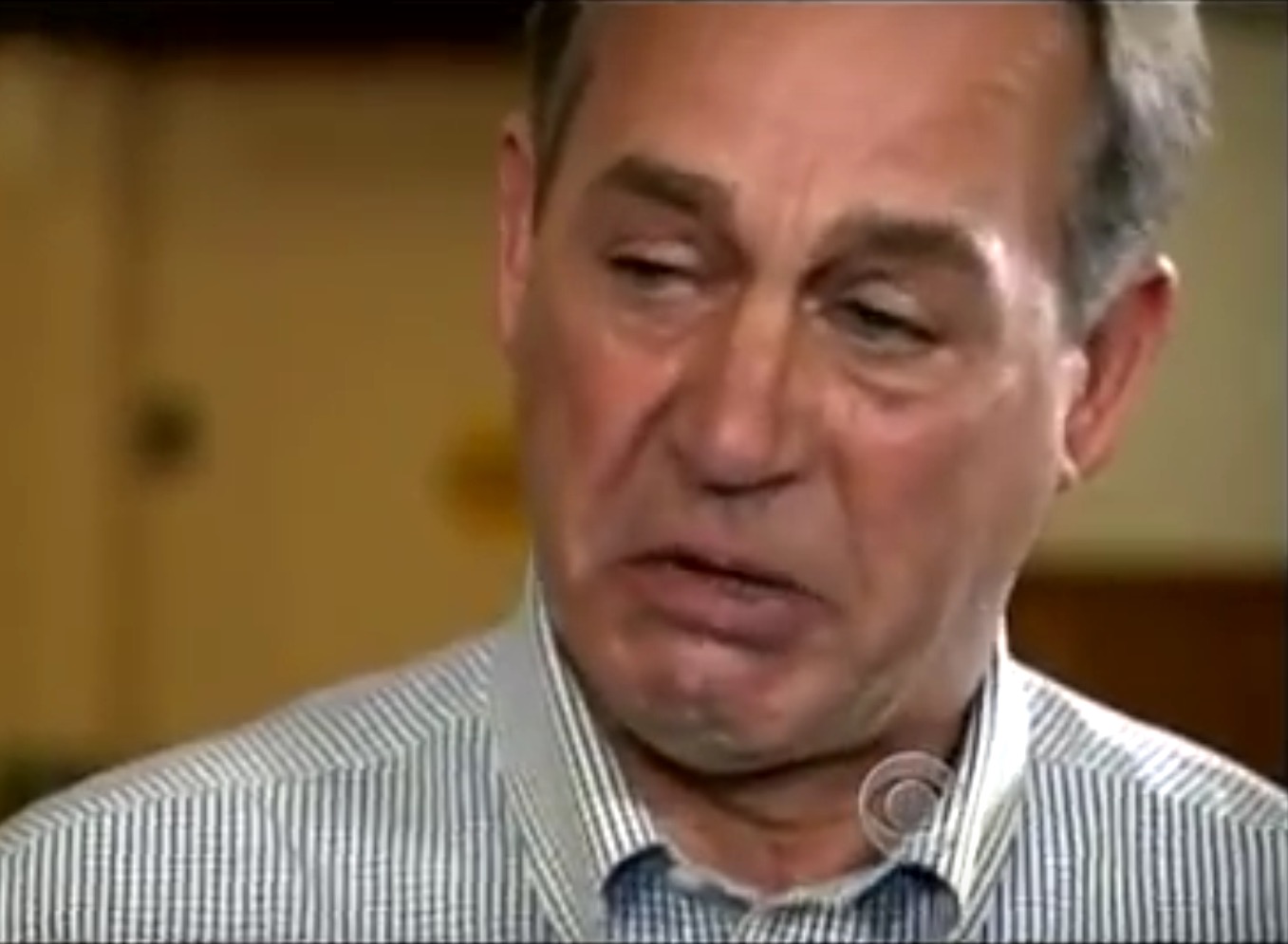 Many irritating things poured from Rodman's lips, and my face and Chris Cuomo's did similar movements at similar times, except that he is cool and composed while I was a SCREAMING BANSHEE and not at all fucking composed. One of the most irritating things Rodman choked out through his bitter tears was that he had pretty much already solved the North Korea situation years ago, except he says Obama "didn't give me the time of day!" Aww! Maybe he didn't realize we could "Love and Basketball" our way to peace on the Korean Peninsula.

Rodman also told Cuomo that Kim Jong-un had asked him to go back to President Obama five years ago and tell the President to do three things:

I have no idea WTF those "certain things" are, and if that was his proposal to President Obama, it's pretty fucking clear why he never gave Rodman the time of day. Even though Obama refused to play Rodman Rosetta Stone to decipher what "certain things" Obama was supposed to do, Rodman told that, "The Doors Will Open!" Awesome. Pretty sure I will be a HARD FUCKING PASS on joining the Dennis Rodman's Psychic Friends Network anytime this eon.

Rodman also reminded viewers who somehow got caught up watching the pageantry and propaganda of the United States flag mating with the North Korean flag that he IS NOT IN THIS FOR MONEY. Also, he pointed out that he is literally sponsored by "PotCoin", so, please use "PotCoin" for all of your Pot Cryptocurrency needs, please and thank you, apparently.

A stone-faced Cuomo asked Rodman if Kim Jong-un spoke English, and it was damn difficult to get an answer, so I transcribed it out for you myself:

A: One thing I always say about him … He's more like a big kid. He loves to have a good time.

Are you serious with this shit? How the fuck is that an answer to "Does Kim understand or speak English?

Not to be deterred, Cuomo tried it once again, perhaps wondering if Rodman simply doesn't quite understand English himself:

Q: Do you THINK he understands or speaks English?

Well, great. We just learned more about Kim Jong-un from a retired basketball player who has identified himself as being loyal to North Korea (or maybe he meant to Kim personally) than we have from our own State Department. I see an Ambassadorship to North Korea in Rodman's future. Not joking.

Finally, Rodman earfully discussed the many death threats he received last time he was in the spotlight for his dealings with North Korea and Kim Jong-un. We hope things go better for him this time (for Rodman, we don't care about Trump), and we also hope he doesn't make dookies in Singapore like he did in North Korea.

'Til next time, folks. Take care. And have an open thread!