Noted Historian Sarah Palin Thinks Barack Obama Is Just Like Robespierre, If She Knew Who Robespierre Was 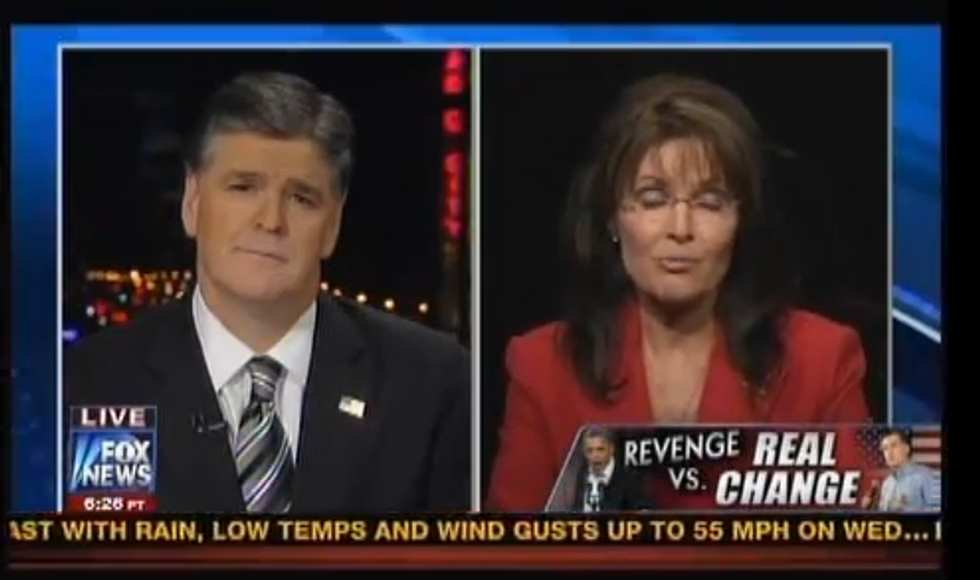 Former half-term GILF and current Facebook celebrity Sarah Palin thinks Barack Obama is a very bad man. What did the Kenyan Usurper do this time? He said "Voting is the best revenge." As you can imagine, this is the biggest threat the Republic has ever known except for that one time some New Black Panthersheld the door to the polling place open for an old white lady.

You know what they always say: first they get their revenge "with votes," and the next thing you know it is an appointment with Mme. Guillotine. Why does Barack Obama want to cut the heads off all the Republicans, by voting? INPEACH!