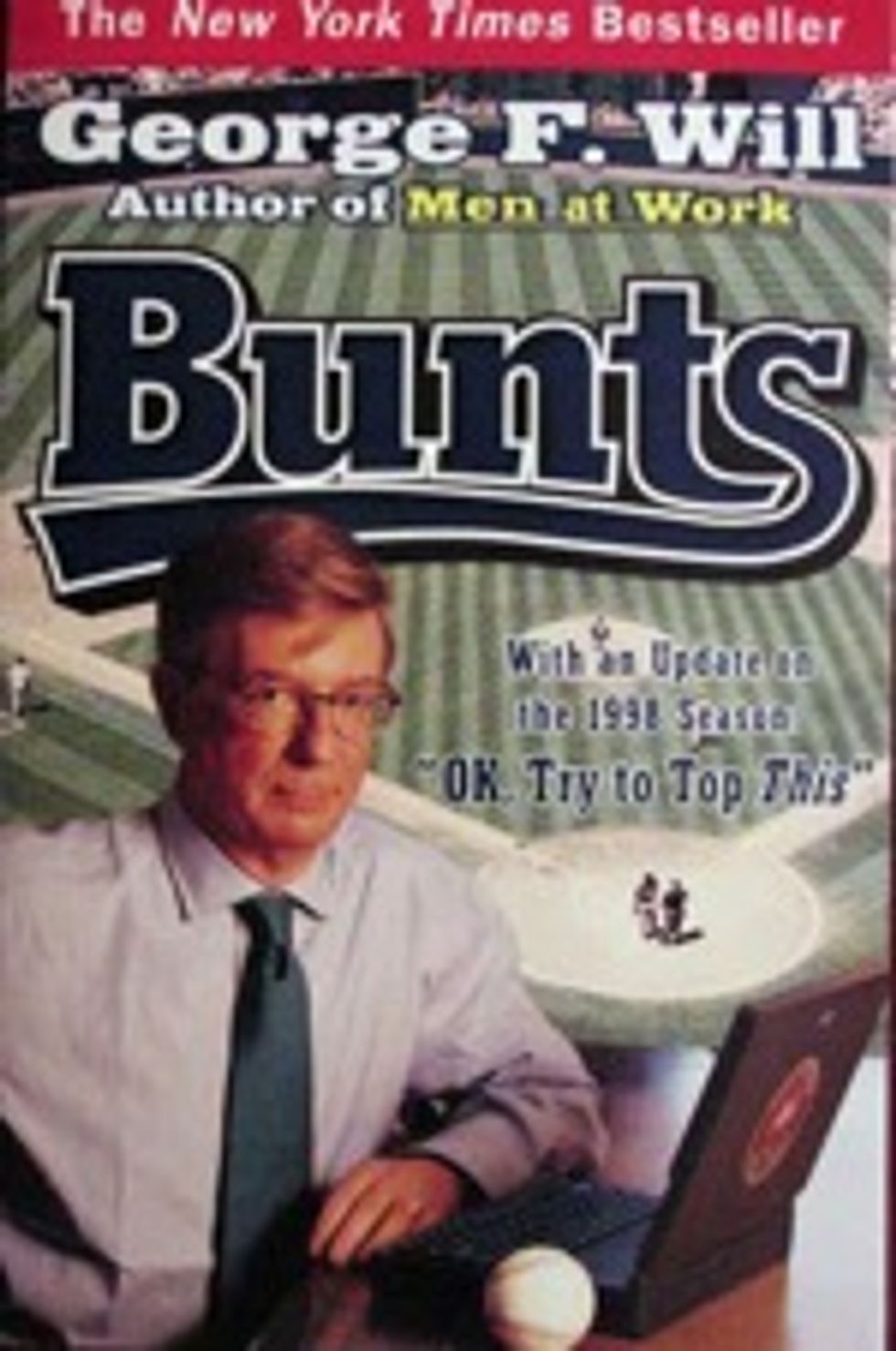 Jesus, a weekend or two ago George Will was on one of them Sunday talk shows defending McCain's "Obama wants to teach your babies how to have sex" ad. He was possibly the one American pundit who actually thought it was a good, true ad. And noweven that guy wonders if John McCain is fit for office, because of his "temperament."

It seems that the last week of utter financial fuckery has really brought out the worst in McCain. Why is this? Because he finds the economy endlessly dull, so he throws a tantrum every couple of days just to look like he's sort of interested. This novel approach to domestic policy has, to his credit, gotten him through 26 years in the Senate or whatever! But what's our point? Oh yes GEORGE WILL SAID THESE NASTY THINGS ABOUT JOHN McCAIN:

Under the pressure of the financial crisis, one presidential candidate is behaving like a flustered rookie playing in a league too high. It is not Barack Obama.

Channeling his inner Queen of Hearts, John McCain furiously, and apparently without even looking around at facts, said Chris Cox, chairman of the Securities and Exchange Commission, should be decapitated.

[...] Conservatives who insist that electing McCain is crucial usually start, and increasingly end, by saying he would make excellent judicial selections. But the more one sees of his impulsive, intensely personal reactions to people and events, the less confidence one has that he would select judges by calm reflection and clear principles, having neither patience nor aptitude for either.

Now John McCain will call an angry press conference and demand that George Will be replaced by, let's see, Andrew Cuomo or whoever.