NRA Suggests Decorating Your Child's Bedroom With Loaded Guns, For Convenience And Safety 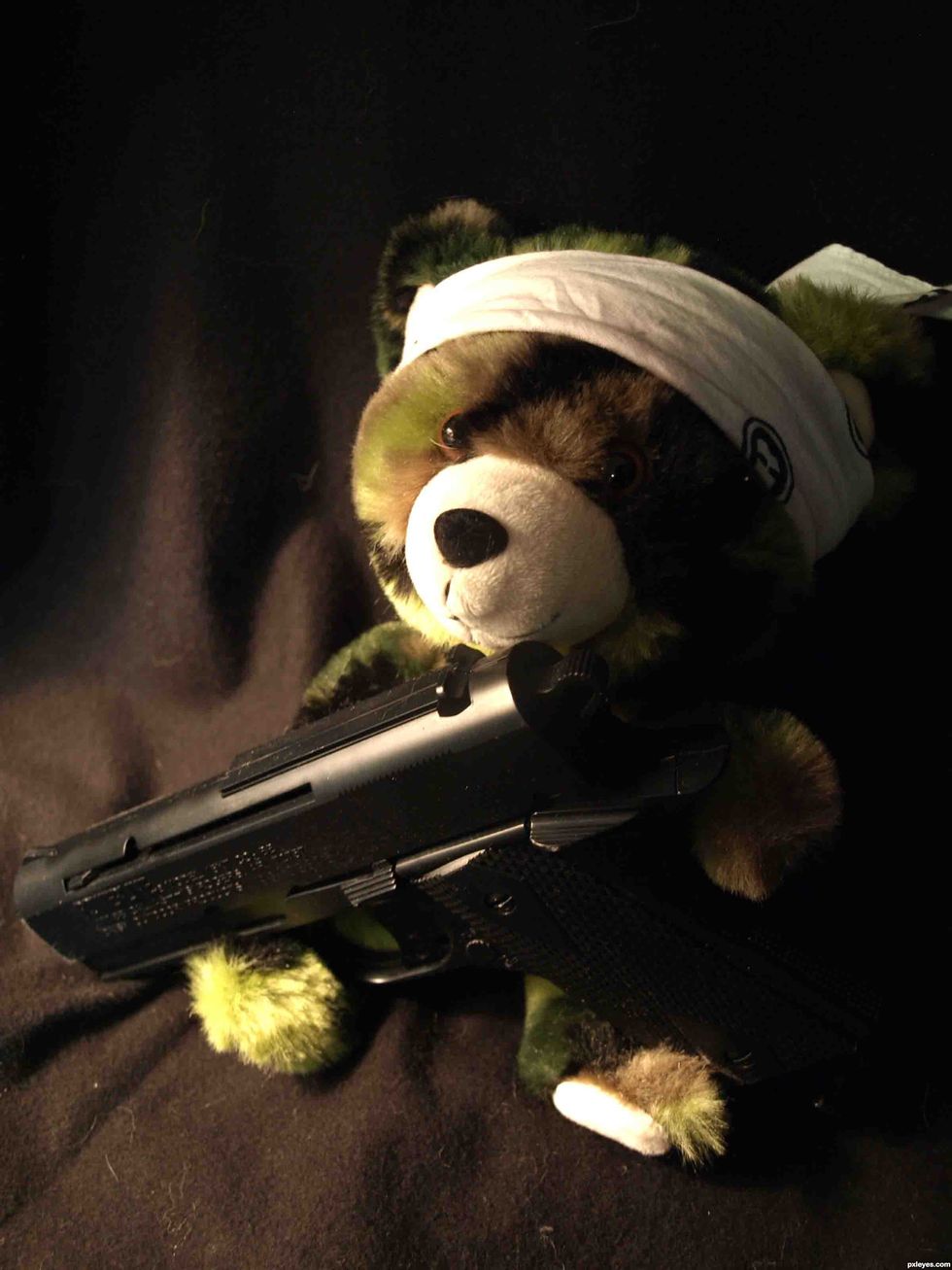 Hey, looking for some fun tips on how to decorate your child's bedroom? WHELL! The mommybloggers over at the NRA have a really cool idea! And that is putting GUNS in there. You know, because there have only been 96 accidental shootings by children so far this year, and they have got to get that statistic up somehow! I mean, who is going to stop a bad toddler with a gun if not a good toddler with a gun?

ThinkProgress reports that at the NRA's annual meeting in Louisville, Kentucky, Rob Pincus, rogue parenting expert/owner of firearm training organization I.C.E. Training, told parents that the only way to defend themselves against home invasions is to put guns in literally every room in their home, including in their children's bedrooms:

“Why would you consider staging a firearm inside a child’s room?” he told the few hundred NRA members in attendance. “It’s the first place I’m going to go! As I’ve said … many times, if your kid is going to break into the safe just because it’s in their room, you have a parenting issue, not a home defense issue.”

Yes, because if your teenager is depressed and they break into the safe and kill themselves, that is obviously because you are a bad parent. As we all know, good parents never have teenagers who overreact to things or think an embarrassment at school is the actual end of the world or disobey them. It's not like there are hormones involved that sometimes make kids act irrationally or anything! Obviously it is a sheer coincidence (and probably bad parenting!) that people who live in houses with guns are four to 10 times more likely to commit suicide than those who don't.

Of course, contrary to what Pincus says about the safe in the room, the NRA does not recommend locking up your guns, even in a house with children, because it could prevent you from getting to them in time during a home invasion.

NRA Asks: What Kind Of Idiot Would Keep His Gun In A Safe Where His Children Can't Even Get To It?

Sure. Last year 265 people were accidentally shot by toddlers, and, sure, there are about 19,000 suicide deaths by gun a year, and, sure, sometimes a kid goes nuts and shoots up the school, as happened 20 times last year, and six times so far this year. But what could any of that possibly matter when there are an average of about 100 home invasion robbery-homicides a year! It's very important to prioritize. I mean, my god, if that isn't worth risking that your child will shoot someone or themselves accidentally or on purpose, I do not know what is!

So next time you're looking for a Barbie Dream House, perhaps instead consider a Barbie Dream Gun Rack! That way, you can sleep soundly, knowing that if anyone kills your kid, it probably won't be some stranger.